The group of legislators running the Alaska State House put forward House Bill 2003 during this morning’s floor session, and then bypassed the 24-hour public notice requirement in order to immediately force the bill through the House Finance Committee. In an unprecedented move they voted to notice and then hold the meeting minutes later.

However, there was just one problem. In their rush to bypass the notification requirement, it seems they forgot to actually read the bill. Upon realizing that the bill called for a 55% dividend this year, they immediately cancelled the committee meeting and announced that it will be held at 9am tomorrow, by which time they will have a bill ready for a smaller 2019 PFD (from what I hear the new amount will be slightly less than 54% of the PFD amount calculated in statute). 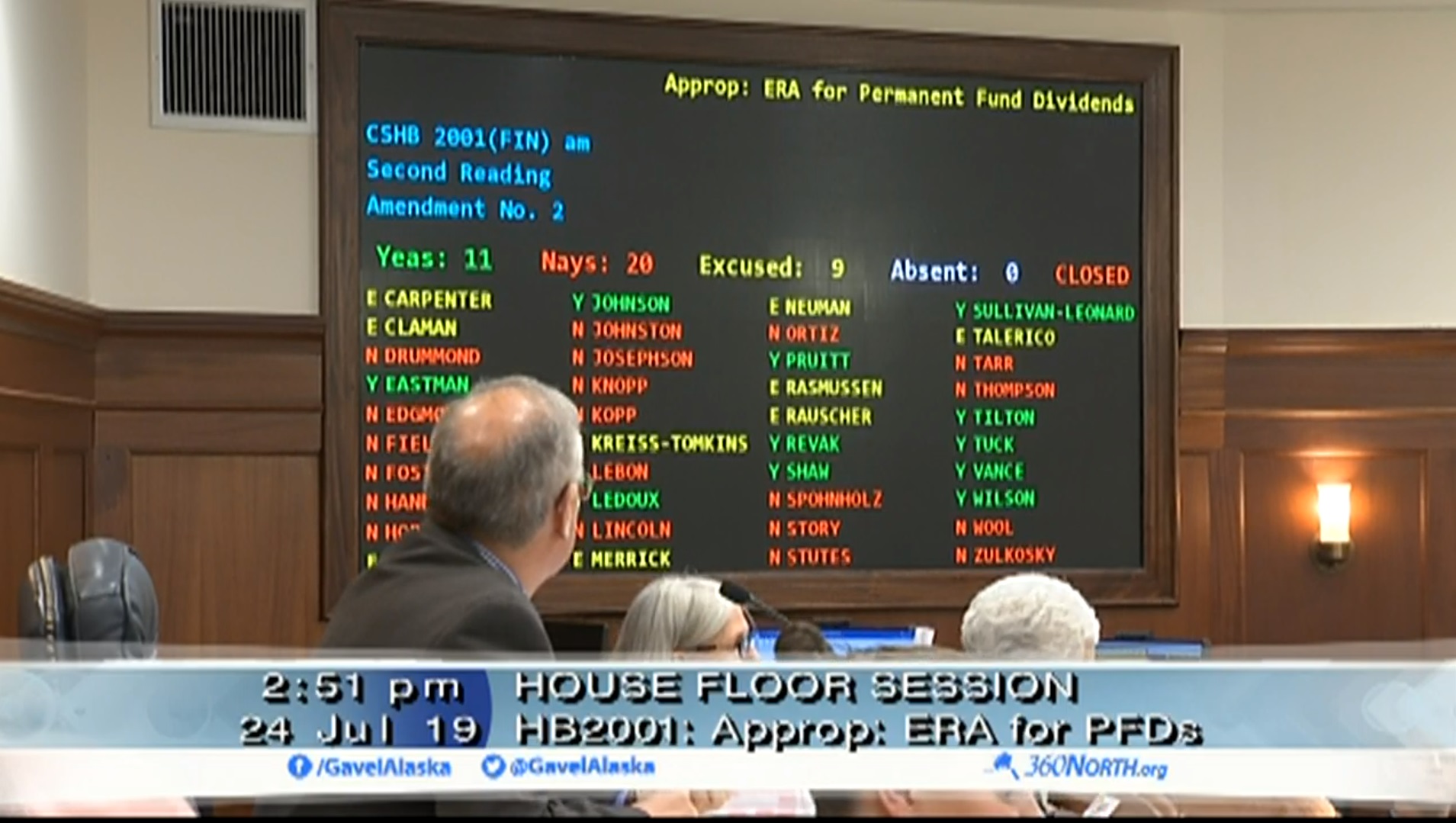 [Note: Rep. Claman and Rep. Kreiss-Tomkins were not present for the vote, but have consistently voted against distributing a full PFD this year.]