The Binding Caucus and My Position on the Governor’s Recall 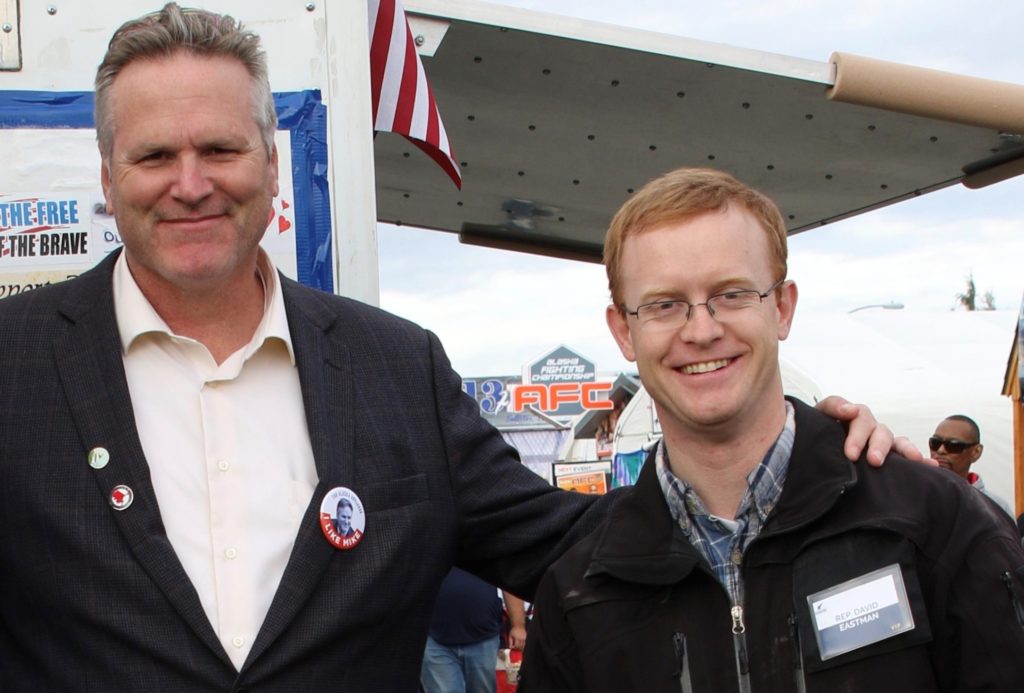 When we send a legislator to Juneau, we elect them to represent us.

Unfortunately, the Swamp has very different plans in mind for your legislator. Even before legislators arrive in Juneau, many have already signed onto those plans by blindly pledging some of their most important votes to a smaller group of legislators (called a caucus) instead of aligning themselves with the interests of their constituents.

Some join the Binding Caucus willingly in exchange for power.

Others join because they don’t know any better. Still others are threatened and bullied into joining, after being told that unless they vote the way they are told to by the caucus, they will be permanently ostracized by their fellow legislators.

In carrying your vote to Juneau, your legislators are required by law to take an oath stating that they will “faithfully discharge [their] duties”. One of the principal duties of a legislator is determining whether each vote they cast is in your best interest and in the best interest of the other Alaskans whom they were chosen to represent. It is the equivalent of legislative malpractice to allow another legislator (or group of legislators) who do not represent you, to decide how your district’s vote will be cast.

A legislator’s vote should never be sold. Period.

It is one thing to commit to work with fellow legislators on shared goals. It is a very different thing to commit your district’s vote for a bill or proposal that hasn’t even been written yet, in exchange for a personal benefit, such as additional legislative staff, a larger office, a committee chairmanship, or a better parking space at the capitol. I cannot in good conscience betray those who elected me by joining a Binding Caucus.

Before he was elected governor, Mike Dunleavy was our senator. As legislators, Mike and I worked together on things like fighting to restore the PFD and repealing SB91.

You may have heard about the time Mike voted with his constituents and against the Juneau Caucus. I was there when it happened. After the vote, legislators in the caucus made good on their threats. Mike’s legislative staff were immediately fired. He was removed as a committee chairman, and lost his membership on most legislative committees. They even forced him to clear out his office in the capitol building to make room for a legislator who had pledged loyalty to the Caucus.

It takes courage to stand tall when other legislators are bending the knee to the Caucus in Juneau. Mike had the courage to stand up for the people that he and I were elected to serve, and that is why I was proud to support him when he ran for governor. Some of the same special interests that celebrated when he was expelled from the caucus are now trying to expel him from office through a recall special election.

Any elected official who engages in corruption or other illegal practices should expect to be subject to a recall election. But that’s not what we are talking about here. This recall campaign is led by many of the same special interests that opposed Dunleavy running for governor and would have preferred that his opponent, Mark Begich, had won instead. But rather than try to beat him in the next election, they are trying to overturn the results of the last election by holding a special election at an irregular time, when they expect most Alaskans will not participate.

Alaskans have a right to expect that their elections for important offices—like governor—will take place at expected times unless truly extraordinary circumstances demand otherwise. This is not one of those times. Alaskans should not have to elect and re-elect their governors to the same term of office just because the losing party in an election is upset at the outcome. This is not about whether or not you like the governor. This is about whether or not we will continue to respect the will of the people reflected in our statewide elections.