“A free people ought not only to be armed but disciplined; to which end a uniform and well digested plan is requisite” –George Washington’s First Annual Message to Congress (January 8, 1790)

“A well regulated Militia, being necessary to the security of a free State, the right of the people to keep and bear Arms, shall not be infringed.” (The 2nd Amendment—December 15, 1791)

The Second Amendment is the lynch pin on which hang all other constitutional rights. Without a culture that promotes firearms ownership, not only are our second amendment rights in jeopardy, so are all other rights as well. Attorney General Eric Holder, the highest law enforcement officer in the nation for much of Obama’s presidency, is on record stating: “We need to brainwash people into thinking about guns in a vastly different way”, so as to discourage Americans from owning and becoming proficient with firearms.

Gun control accomplishes one thing: It deprives law-abiding citizens of the ability to protect themselves and those around them.

To combat the war against gun ownership we must be equally determined to promote a culture that respects and values the proper use of firearms in a free society, and the special role they have played in our own nation’s history. Volunteer organizations like the Revolutionary War Veterans Association and Project Appleseed should be at the heart of that effort. Having attended an Appleseed riflemanship clinic myself, I enthusiastically endorse the program and recommend that every Alaskan consider attending an Appleseed event this fall. Riflemanship is an Alaskan and an American tradition, and it is one that we should be truly proud to see exercised by all future generations of Alaskans.

The Second Amendment is about self-defense; the right to exist and to ensure that your rights and the rights of your neighbors are protected without apologizing or having to ask permission from anyone else for doing so. That is why collectivists hate it with such intensity. That is why they attack it. That is why they are constantly looking for ways to torpedo and undermine it at every opportunity.

It stands as a constant reminder not only that individuals can protect their rights, but that they have them. To a collectivist, the former is an inconvenience to be sure; but the latter is an intolerable proposition that completely shatters the fragile notion that rights should be bestowed upon deserving groups by a sympathetic government.

The second amendment secures the right of the individual to stand against the mob; the collective in its most brutal and transparent form. And it is about the right of individuals to take that stand regardless of how popular that mob might be in Washington D.C. 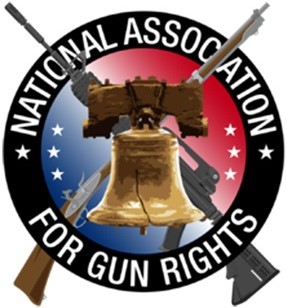 "David Eastman is a staunch ally of gun owners who can be relied upon to fight against any infringement that rears its head in Juneau. He's helped lead the fight against "Red Flag" gun confiscation orders by being a key vote to keep this dangerous proposal from coming out of committee and has even authored legislation to prohibit "Red Flag" gun confiscation in the state of Alaska." - Dudley Brown, NAGR PAC President. See Full Endorsement

David Eastman is the first and only legislative candidate in Alaska to be endorsed by the National Association for Gun Rights PAC. 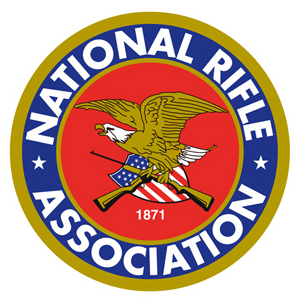 David Eastman is one of only five candidates in Alaska to receive the endorsement and an A+ Grade from the NRA this year. See Full Endorsement