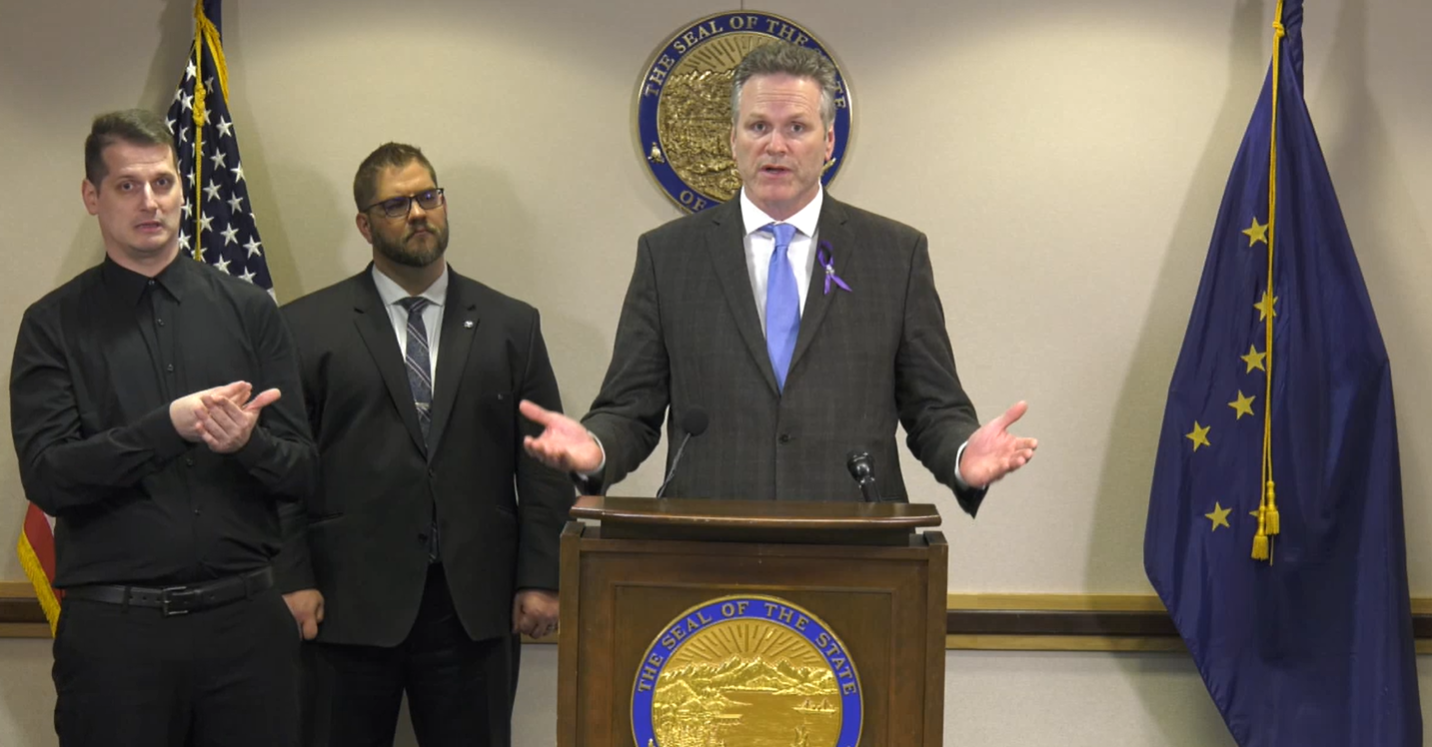 (3/19/20 – Gov. Dunleavy explains that withheld dividends could be used to get money into the hands of Alaskans)

At the height of the 2008 financial crisis, Sean Parnell announced the amount of the 2008 PFD, and explained that Alaskans would also be receiving a $1,200 Energy Rebate to offset the higher costs of energy that year.

Today, Alaskans are in the midst of not only a huge financial crisis, but also a significant economic crisis, with costs that no Alaskan family could have anticipated or budgeted for.

During such times of crisis, it is crucial that the people of Alaska be able to work hand in hand with those in government to weather this crisis. Unfortunately, the actions the legislature has taken over the past four years have caused that trust to erode sharply. It is up to legislators to take the first step to restore the trust of the people.

Yesterday, Governor Dunleavy called on legislators to approve distribution of the portion of last year’s dividend that has been held back by the state (discussion begins at 30:45). Since Dunleavy took office, he has filed a number of different proposals on how distribution of past dividends might be accomplished.

Today he released his Alaska COVID-19 Economic Stabilization Plan, which calls for a full 2020 PFD in two payments, and release of the remaining funds from the 2019 PFD (both of which require action by the legislature).

To date, the amount that has been held back by the state is $5,044 for each Alaskan.

While some have lately tried to spin withholding dividends as legislators bravely protecting the state from “excess PFD’s”, the reality is that legislators have imposed, or allowed Gov. Walker to impose, a PFD Tax on Alaskans for each of the last four years.

I believe the governor is on the right track. It is time to issue a tax rebate to Alaskans for the amount of PFD Taxes that have been imposed on Alaskans without their consent, and without statutory authority.

To be fair, the $5,044 amount does not take into consideration money that the state has earned on withheld dividends over the last four years. At this time last year, the state had already earned more than $650 per person on the withheld dividends alone. The $5,044 rebate reflects only the amount actually withheld from dividend recipients.

It should also be pointed out that, because of Alaska’s dwindling population over the last four years, the $5,044 rebate reflects a smaller expenditure today than if dividends had been paid out on time.

In 2016, there were 638,178 Alaskans who received a partial dividend. By last year, that number had reached 636,868, after falling all the way to 633,005 in 2017. The legislature estimates that a tax rebate of $5,044 for each dividend recipient would result in a total transfer of $3.182 billion from the Permanent Fund Earnings Reserve Account to the Dividend Fund. This is $37,000,000 less than would have been transferred if the dividends had been distributed on time.

Inevitably, whenever a public figure suggests that Alaskans should actually receive the dividend to which they are entitled under state law, the special interests in Juneau resort to name calling: “The governor is just pandering to voters”, or “That legislator only supports a rebate because it’s an election year.”

Whenever you hear those kinds of jabs, just remember that the lobbyists and special interests who like to posture themselves as protectors of the permanent fund aren’t saying the money should never be spent. They just want it spent on something else.

Despite the opposition from the special interests in Juneau, the need for the Coronavirus Tax Rebate today is real. It isn’t less needed or less important because this year happens to be an election year.

On my first day in office, I filed House Bill 21 to distribute to Alaskans the portion of the 2016 PFD that had been withheld by Gov. Walker. House Bill 21 was the house companion to Senate Bill 1, which had been written and filed by Senator Mike Dunleavy on the same day. He wasn’t running for election that year, and neither was I.

The governor’s support for distributing past dividends isn’t new, and it isn’t because this year is an election year. He supports following the law and distributing the full dividend for the same reason I do; because it’s the right thing to do. He’s put forward a number of different proposals to do exactly that.

Likewise, and much to the chagrin of Juneau’s special interests, I have put forward a proposal to distribute a full PFD and to restore past dividends each and every year that I have been in office.

This year, the proposal to distribute past dividends received 12 votes; 9 votes short of passing. 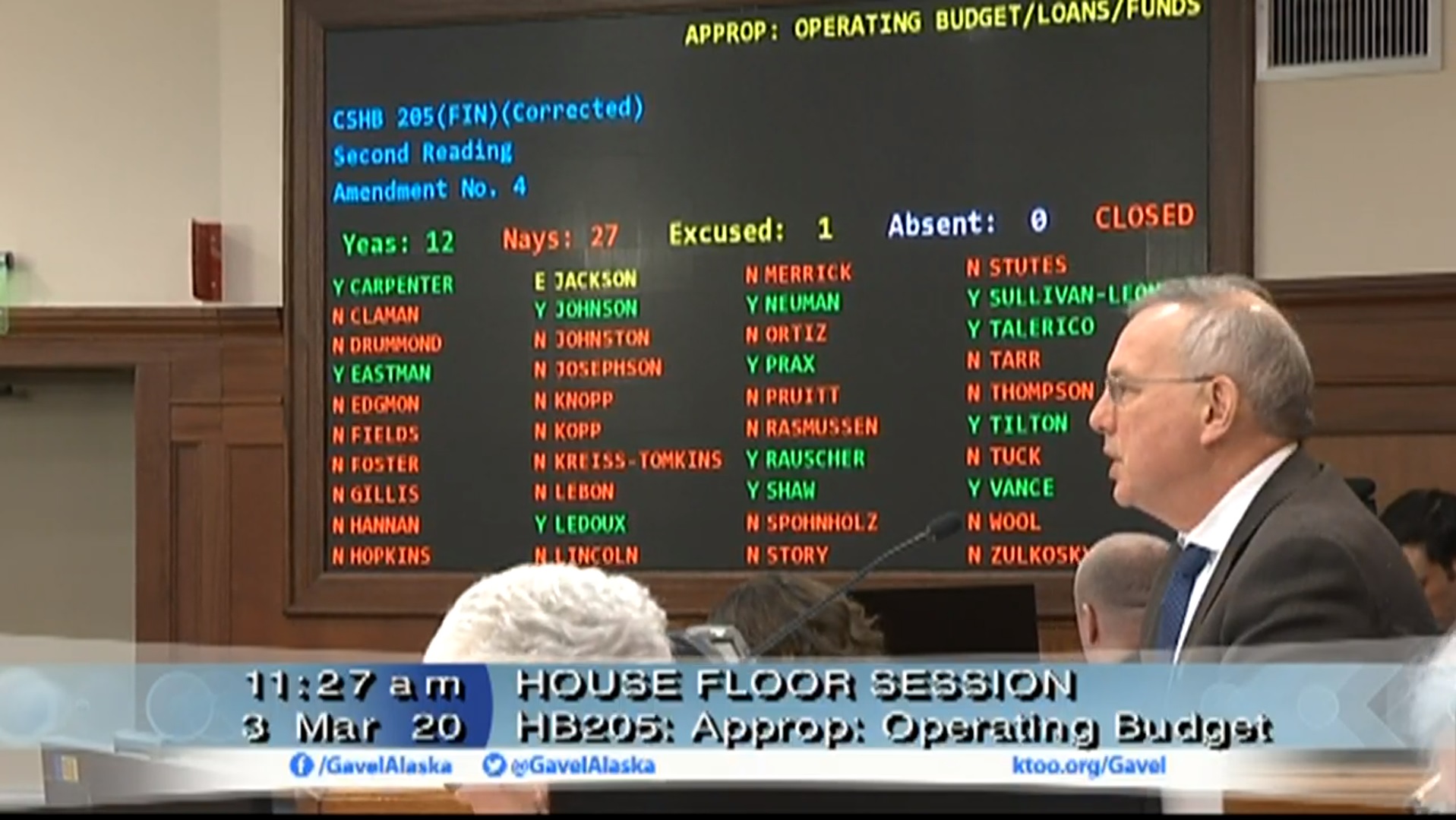 The governor obviously continues to support finding ways to get past dividends into the hands of the Alaskan people. My district fully supports that effort, especially considering the fiscal and economic crisis in which we find ourselves today.

The next few months will involve hardships for all Alaskans. By issuing the Coronavirus Tax Rebate now, legislators can help to alleviate those hardships while at the same time helping to restore the public’s trust in the legislature. There is no time to lose!

* 8am, 3/21/20 – Updated to include details of the Governor’s Alaska COVID-19 Economic Stabilization Plan.