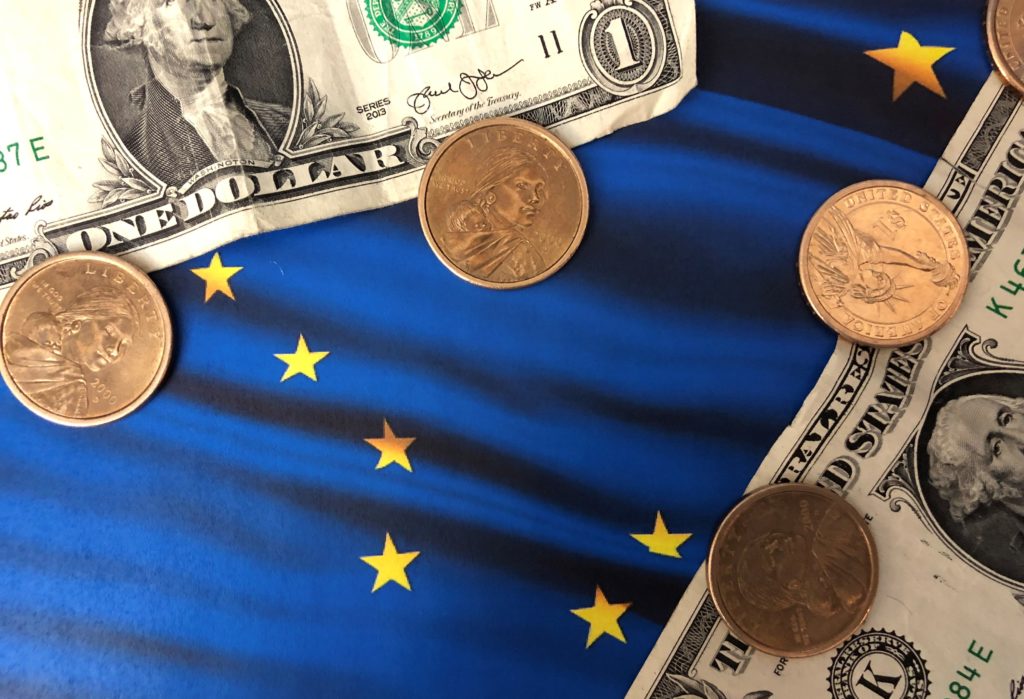 Lawmakers in Juneau have passed their first piece of legislation for the 2020 session—And it’s a doozy. (Read the full text here.)

The legislation, House Joint Resolution 9, asks Alaskans to purchase “not less than” $5,000,000 in $1 copper coins from Alaskan banks and businesses who can be convinced to carry the coin (shown below).*

Recognizing that most Alaskans will decline to give up their $1 bills, the legislation also asks the Treasury Department to spend tax dollars on “a continuing campaign” to convince Alaska businesses to “accept and dispense” the dollar coins.

Now, on the issue of cash vs. coins, Alaskans aren’t any different than those in the Lower-48. We aren’t Europeans. Most of us would rather use bills or credit cards than carry around a stack of large copper coins. This is well documented. The feds have already spent close to $1 billion trying to get Americans to use $1 dollar coins. Even for D.C., it was a truly epic fail. [NPR Story: Fed Sits on a Billion Unwanted Dollar Coins].

But hey, there will be a different face on the back of this $1 dollar coin, so maybe this one will really take off.

Alaska’s population is currently 731,007. “Not less than” 5,000,000 coins would mean at least seven $1 dollar copper coins for every man, woman and child in Alaska today.

Now, you may be thinking that this is one of the best ideas to come out of Juneau in a long time. If so, write and thank your legislators for making this a top priority and the first item to pass the legislature in the 2020 session. All but two of Alaska’s legislators voted in favor of it, so your legislators will almost certainly be included on The List.

But while this idea may be extremely popular in Juneau, I have yet to find a constituent in rural Mat-Su who believes this is actually a good idea.

Is Juneau in Another Universe?
The short answer is…yes.

In the precinct where the capital building is located, Clinton voters outnumbered Trump voters five to one in the last election. If Alaska reflected the voters of that part of Juneau, Clinton would have won Alaska with well over 80% of the vote.

This is the environment in which our legislators decide Alaska’s future.

What I find most interesting about this particular legislation isn’t the policy itself, but the reasons legislators voted for it. Out of sixty legislators, only one legislator voted “No.” This was—by all accounts—a “very popular” idea to those serving in Juneau. Or was it???

Before the vote, some legislators explained that HJR9 is “a complete boondoggle”. But they also said they would vote for it anyway because they didn’t want to be labeled a racist for voting “No.”

Weaponized Charges of Racism
For me, whether to support or oppose HJR9 was an easy decision. Why? Because it doesn’t do anything to help my constituents. Not only does it do nothing to help them, it actually hurts them.

Minting millions of coins that will never be used is a waste of money—their money. By the way, hoping the federal government will pick up the tab doesn’t make it any better.

Now, is this the worst piece of legislation that will be voted on this year? Not by a long shot. With an annual state budget in the billions, a mere five million coins is a proverbial drop in the bucket. Some legislators voted for it expecting that a request to mint five million coins for shipment to Alaska will be seen as absurd to those in the Lower-48, and will probably not be acted on anyway. No harm, right?

Actually, I can think of a number of ways this harms Alaskans.

The State of Alaska is now on record, with nearly every state legislator in support, asking the federal government to spend money on this project. In my view, and I believe I speak for many of my constituents when I say this—the proposal does lead one to question the judgment of those serving in Juneau today. If the request is ignored, the money won’t be wasted, but what will have been wasted is an opportunity for those in our nation’s capital to take Alaska seriously.

We have urgent needs in Alaska today. In a small way, asking for something we don’t need, and that most Alaskans don’t even want, takes away from the urgent needs we do have.

Also, the lives of my constituents will not be made better by politicians in Juneau voting for absurd policies so that they can later boast of how “not racist” they are.

Confusing Good Motives for Good Policy
Too often, we confuse the practical effects (both good and bad) of the policies we enact, with how voting for those policies make us feel about ourselves.

The idea that real racism could be curtailed or eliminated through such lip-service cheapens and trivializes the evil of real racism and the pain it inflicts on real people.

The reality today is that charges of racism have been weaponized by unscrupulous political groups in our communities. We can do business with that reality or we can try to ignore it.

Simply put, it is no longer “safe” to be a conservative in our state capital. If you consistently vote for conservative priorities, it’s not a question of if you’ll be charged with being racist, but when. Of course, those lobbing the charges, and those receiving them, know that in most cases it has nothing to do with racism. It has to do with one political group attempting to silence any and all opposition to its political agenda.

Caught in the Crossfire
The irony in this case is that HJR9 has nothing to do with that agenda.

Even so, it will be defended as though it was, lest legislators begin to ignore accusations of racism and simply vote for policies based on whether those policies themselves are good or bad.

That is a future that absolutely terrifies the political groups who have been using weaponized charges of racism to promote their political agenda for years.

I voted “No” on HJR9 not just because of its bad policy implications for Alaska, but also because I believe that such a future is worth fighting for. It won’t come quickly or easily, but when it comes time to vote, we have to see beyond how that vote makes us feel about ourselves.

* (3/8/20) Follow-up by request: Proponents of the measure have argued that it is U.S. tax dollars being used to create, ship and promote usage of the coins, so Alaskans really aren’t paying for it. I suppose the few Alaskans who believe they aren’t paying any federal taxes could conclude that we are only encouraging the federal government to waste this money, and that we are not actually wasting it ourselves. Unfortunately, this argument breaks down. We all pay federal taxes in Alaska, starting will the portion of oil taxes we share with the federal government. Proponents have also tried to argue that the government is actually making money on these coins. This argument, too, breaks down.

If the government is making money, who is it making money from? The answer is: Alaskans. Seigniorage is a tax added to the cost of minting a coin. Unfortunately, the government will never see this revenue because there aren’t enough Alaskans who want to buy these coins, as shown by the outright rejection of every previous $1 coin program that has been tried. There won’t be a savings to the government because Alaskans will not permanently trade in their dollar bills for dollar coins. All we will be left with is the cost, paid in tax dollars, of creating, shipping and marketing these coins for everyday use. At the end of the day, there will simply be 5,000,000 more unused $1 dollar coins added to the more than a billion $1 dollar coins currently sitting in warehouses because no one wants them.

Benefit to Alaskans: Not much. Alaskans (and anyone else) were able to order Peratrovich $1 coins online from the U.S. Mint without HJR9. HJR9 was passed to subsidize the cost of ordering the coins and because it was believed that not enough Alaskans would go online to do so.

Benefit to some Alaskan politicians: A successful campaign of virtue signalling ahead of this year’s elections.