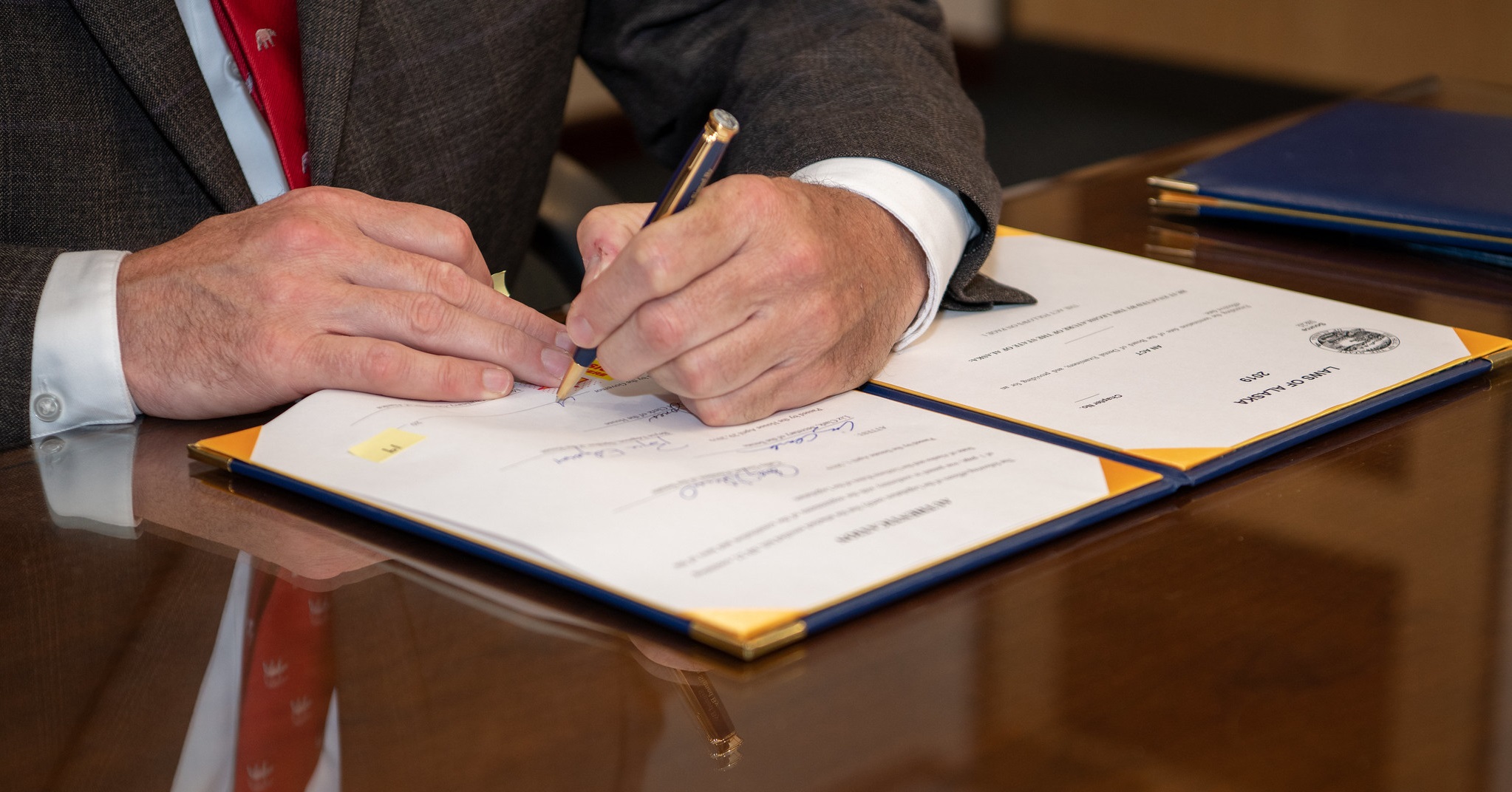 This week, Governor Mike Dunleavy will be faced with a decision no Alaska Governor should ever be faced with. The legislature has failed to appropriate sufficient money to distribute a 2019 Alaska Permanent Fund Dividend.

In its place, a majority of legislators have sent the governor a check from two separate state bank accounts which together total less than 60% of the dividend amount calculated in state law under Alaska Statute 43.23.025.

In short, legislators have spent the state’s portion of earnings from the Permanent Fund, and are now dipping into the people’s portion to the tune of $768 million dollars taken out of this year’s dividend.

If the same number of eligible individuals have applied for this year’s dividend as did last year, the legislature will have requisitioned no less than $1,200 from every Alaskan this year.

What that amounts to is an additional tax of more than $4,800 on every family of four this year. While state law declares that $2,873 should be distributed to each Alaskan in the form of a dividend on the performance of their Permanent Fund, legislators have now intervened in that process and redirected more than 40% of that amount to government. This is in addition to the amount already sent from the Permanent Fund to fund the state budget this year.

If the governor does nothing, $1,671 will be distributed to Alaskans this year.

Like the governor, I have always believed that both the governor and the legislature should follow the law, and focus on the decisions the people have asked them to make.

The people have never asked their elected officials to tax their dividend. They have not asked legislators like myself to hold hearings and debate bills about how much of the dividend should be taken and given to fund the excesses of our state bureaucracy.

Some legislators have declared that voters in their district have made such a request, but those same legislators have blocked our efforts to put the issue on the ballot and allow the people to vote on it in a statewide election.

If legislators truly believe that they are representing the will of the people in spending part of this year’s dividend, why do they resist putting the issue to the people for a vote?

Likewise, for those individuals who have publicly testified “Take my dividend”, why don’t they take advantage of the opportunity to donate their dividend to the state general fund? That opportunity is available to anyone who chooses to take it.

After all the concern we have heard this year over the governor’s vetoes, it is important to remember that it would take fewer than 155,000 Alaskans donating their 2019 Dividend to the state, to more than make up for the $444 million vetoed by the governor. Those who oppose the vetoes could provide the necessary funding, and the rest who support the vetoes could have their full dividend.

Will it ever happen? Of course not.

Inevitably, “Take my Dividend” reduces to “Take my neighbor’s dividend”. Those who talk about pledging their dividend to pay for government services rarely follow through on that commitment.

So what should the governor do?

Special interests in Juneau have declared war on the PFD. They currently have a majority of legislators backing them up. They want first shot at money from the Permanent Fund, and for the people of Alaska to end up with whatever’s left.

The governor knows this. Legislators know this. And, by now, hopefully the people of Alaska know this.

The governor requested a full 2019 PFD according to state law.

Actually, the governor requested that legislators pay back the money that was stolen from the 2016, 2017 and 2018 dividends, and then pay a full 2019 PFD.

This year, legislators said “NO” to all four requests.

They believe that they can better decide how dividends are spent than the people they were elected to serve. That’s really what it comes down to. Who gets to decide where the money gets spent. Today, a majority of legislators believe that they should be the ones to decide.

The governor, and a small number of legislators, myself included, believe differently.

The Alaska Supreme Court has declared that the governor can veto any amount of the PFD that he wants to, all the way down to $0. If he does, they won’t object.

Some say that he should do exactly that; and that he should require legislators to be in special session each and every day this year until they pass a full dividend.

Some say that if he allows any amount other than $2,873 to be distributed to the people, that he is failing to stand up for a full dividend.

They have a point. If Mike Dunleavy was still a legislator it would be an even stronger point. But lest we forget, legislators spent 164 days in Juneau this year without taking a single break, and over all that time they refused to authorize even $1 for the PFD.

In response, Governor Dunleavy called legislators back into session in Wasilla (a location where most legislators are ineligible to receive per diem) for the express purpose of passing a 2019 PFD.

The majority of legislators refused to attend. Instead, they decided to trample on state law and fly back to Juneau (where they authorized themselves per diem) just as if the party had never ended. They have now managed to spend 194 days in Juneau this year and have utterly refused to approve a full dividend. Let’s be honest. At this point, a full dividend would completely undercut their agenda.

Here is what would almost certainly happen if the governor were to veto the dividend and call legislators back into special session (again):

Do I know that is what would happen? You better believe it. As a legislator, I had front row seats to the 194 days that legislators have been in session so far this year.

Knowing this, what would you have the governor do?

He has a decision to make. Please reach out to him at (907) 465-3500 to let him know what you think he should do. A decisions is coming this week. Let us hope he makes the right one.