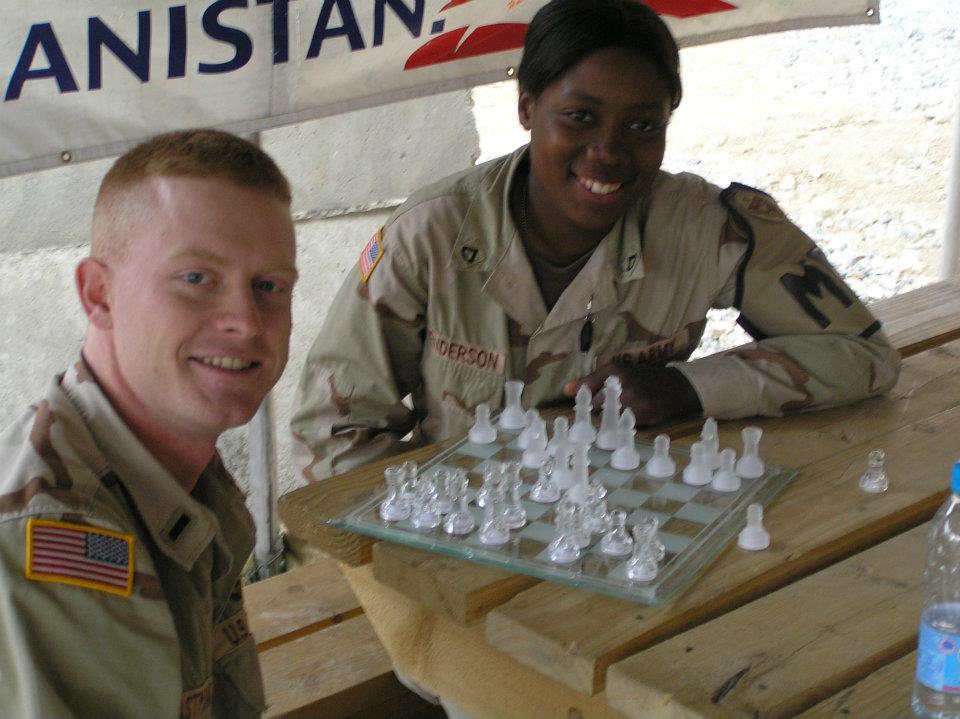 The photo above was taken in Afghanistan when the 164th Military Police Company deployed from JBER in 2005, almost 14 years ago—but I date myself.

It’s been more than a dozen years since I returned from Afghanistan—bringing every one of my soldiers back to Alaska, I’m very grateful to say. To those in the military, I’m getting on in years.

Imagine my surprise upon arriving in the Alaska Legislature last year to discover my status as the youngest veteran, and the only legislator in Juneau to have served in the military since the Vietnam era.

In a state with the largest per capita share of military servicemembers and veterans, this came as a shock.

Earlier this year, the number of veterans serving in the legislature increased by one with the appointment of my state senator, Mike Shower. I would like to see that number grow further, and I hope that by the end of today it will.

Regardless of one’s party or political persuasion, our state benefits from the experience of having laid it all on the line, that veterans often bring to the table. When dealing with a policy crisis, it is often helpful to be able to turn to those who have navigated life and death emergencies and come out the other side.

You don’t have to have served in the military to have had such experiences of course, but there is something to be said for the perspective that military veterans often bring to the table in any organization. Mission first—Safety always. It’s a perspective that the legislature could use a bit more of.

I am privileged to be able to vote for two veterans when I cast my ballot today. If you are a veteran and you don’t have that opportunity when you look at your ballot, consider putting your name forward in a future election. If my expectations are correct about some of the veterans I am supporting in today’s election, two years from now you will have a number of veterans to talk with who are serving in Juneau and can tell you all about it.

Rep. David Eastman played chess in Afghanistan and back home, and was a member of the U.S. Armed Forces Open Champion Chess Team before being stationed in Alaska; He has served in the Alaska State House representing the Mat-Su since 2017; He ran on a platform of fighting for genuine conservative reform, fiscally and socially, and remains committed to delivering on that promise.