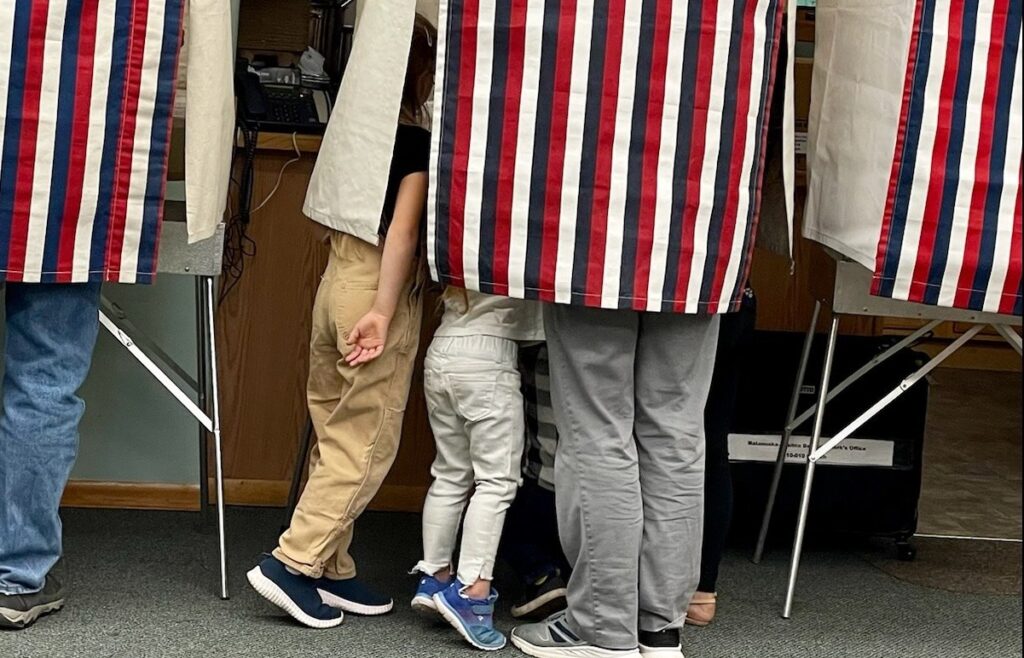 The right to vote for someone, or not vote for them, is as American as Apple Pie. As the saying goes, it’s a topic on which reasonable minds can profoundly disagree. That said, there are some phenomenally awful reasons to vote (and not vote) that we shouldn’t wish on anyone.

Let’s consider the American voter who wants to be on the “winning side” and simply votes for whichever candidate he is told is going to win. If voting were like baseball, or the Kentucky Derby, I could see the logic in aligning yourself with the team you expect to win. But it’s not.

It’s the difference between helping your teammates score points on the ballfield vs. coming onto the field as an umpire with a score to settle. If you simply award points to whichever team you think will win, you are leaving yourself entirely at the mercy of the prognosticators. And, unlike the Derby, there’s no cash prize for picking the winner.

As the voter, you are the one empowered to render judgment in an election. Does the judge in a court room ever jump off the bench and leap down to high-five the winning side in a court case? The judge doesn’t join a winning side. He makes the winning side. As a voter, you have the final word. You have the last laugh. Like the attorneys who come before a judge, each candidate either earns your vote, or doesn’t, and you don’t owe an apology to a candidate who fails to earn your vote.

In an election, the voter isn’t a player competing on the ballfield, but an umpire dispensing justice to those who’ve earned a strike, a ball, or a run. An umpire taking credit for helping their favorite team win the game is a fundamentally un-American approach to baseball. We have a name for those kinds of umpires…and it isn’t a compliment.

But the difference goes even further. A voter trying to line up behind whichever team is supposed to win, solely for the sake of winning, isn’t just setting aside the spirit of the game. They are literally creating the demand for all of the self-fulfilling polls and cherry-picked statistics that voters get inundated with every election cycle. You can thank them for that. They paid for it with their vote.

Perhaps even more deserving of concern is the voter who simply counts campaign signs on Election Day and then awards their vote to the candidate with the most signs. I wonder if these same voters have considered that many of the campaign signs displayed on public property were placed there with them in mind. The strategy of voting for whichever candidate raised more money would be no less rational, and would at least save us all the eyesore of having additional campaign signs strewn around town to boost the appearance of widespread support.

Finally, we come to the voter who would cast a vote in every election, but declines to on account of the fact that figures lie and liars figure, and his vote may not be recorded accurately in a broken election system.

On principle, he stands opposed to the corruption by not allowing his ballot to be corrupted, and by not voting he seeks to avoid being made a fool of for naively expecting his vote to be counted.

But here, too, he gets things backwards. He supposes that being cheated at voting is like being cheated at a game of cards, or like being pickpocketed, and that if he never sits down to play, or doesn’t have a wallet that can be stolen, he can maintain both his money and his pride.

The reality of course is that an election is a very different sort of thing than a game of cards. When the results of an election will impact your taxes, your money is already in the collective pot whether you sit down to play or not. Boycotting an election is not at all like leaving your wallet at home to avoid having it stolen. Actually, it’s rather like throwing your wallet to a group of hoodlums before they ever get close enough to try and rob you. You might feel less violated by simply handing it over without being asked, but you still lose your money, and it also makes it quite a bit more difficult to prosecute after the fact.

For those who believe our system of elections has broken down (and there seems ample evidence today that it has), a general retreat from that part of the battlefield will spell more than a mere temporary setback for society. Rather, it would spell an abandonment of the idea that government is beholden to the consent of the public generally, and be tacit acceptance of government rule by force and violence.

The individual American who chooses to take part in an election need not make a claim concerning its efficiency or its accuracy any more than driving on a particular road is an admission that it is well-paved.

It may be that our election system will one day become as inaccurate as it is inefficient and costly. Even in such a scenario, would there not still be the need to support candidates who courageously step forward to highlight and bring attention to these facts?

What is the alternative to pursuing reform in such a scenario? To permanently abandon the project of election reform is to at least tacitly embrace unbridled authoritarianism. Before taking that step, and while the means to investigate and expose facets of the current system remain available, it is important that we make use of them.

In truth, there is no shortage of reasons to be engaged in the fight to restore integrity to our elections. The resources of those opposed to reform may appear limitless, but they are not. To engage the opponents of reform will cause them to expend resources that are finite, and prevent those resources from being deployed elsewhere. Those engaged on the front lines of election reform will gain experience and knowledge concerning the weaknesses and preferred techniques of the opposition. Through engagement, those on the front lines will develop their skills, and be better able to analyze election vulnerabilities, work to remedy them, and then explain to others what they observed and what remains to be done.

But how can these things take place if voters have already stopped showing up to vote? They can’t. If voters abandon the election process because bad actors have weakened it, those who are willing to cheat may not have to, and those committed to exposing the facets of our election system that have been compromised will lack the evidence to be able to do so.

All this leads me to the inescapable conclusion that when an election system is under attack, or is failing, it is even more critical for citizens to directly engage with it lest they court even greater disaster by adopting a posture of nonengagement.