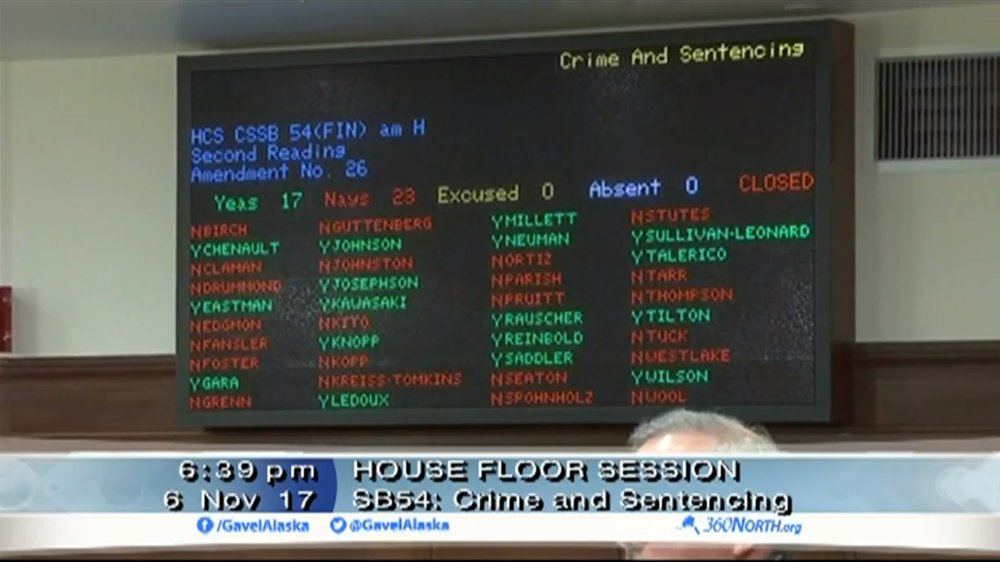 Last year, in response to the terrible fallout my constituents were experiencing from the passage of SB91, I proposed two common sense fixes to SB91.

The first amendment I proposed was to require the state to consider a person’s out of state criminal convictions before automatically deeming them “low-risk” and immediately releasing them from custody.

You can read a copy of the amendment here: https://bit.ly/2Kw2ToN

You can listen to the debate here: https://bit.ly/2rlqqAa

As you can see above, that amendment was rejected by a majority of legislators.

We are now being told that the feds need to intervene because the state accidentally created a “loophole”: http://www.ktva.com/story/38023607/feds-prosecuting-cases-that-fall-into-pretrial-loophole

Listen to the debate. The decision by the legislators listed here was no accident. It was a deliberate policy decision. Listen to the debate. The legislator leading the opposition to the amendment argued that we needed to trust the “expert” who had created this wonderful risk assessment tool. He argued that if we asked about a criminal’s out of state criminal convictions we would be undermining the entire process, putting public safety at risk. Legislators voted to implement a risk assessment tool that was fundamentally broken before it was ever used.

The legislature has been in session for more than 120 days since this vote was taken, while the consequences of this decision continue to be visited upon innocent Alaskans in all parts of our state.

This must end. SB91 failed, and it must now be placed on the ashbin of history and fully repealed.