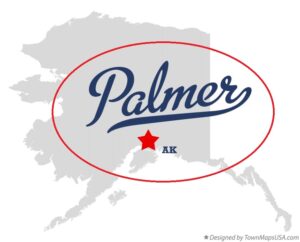 If you live in the City of Palmer, you have until 8pm to cast your ballot.

Has it really come to this?

Last year, four members of the Palmer City Council were caught breaking state law by meeting in a private Facebook Group to discuss and promote city policies in an echo chamber without the hassle of including input from the public they were elected to serve.

In their echo chamber, they decided that mask mandates were a good thing. A campaign was launched to convince (bully) local business owners into supporting the mandates. Business owners, fearing retaliation for speaking out publicly, have been forced to express their concerns privately.

Included in their echo chamber was the Vice-Chair of the Mat-Su Health Foundation Board, which generously bankrolls various progressive projects. And it turns out that remaking Palmer, Alaska into a more inclusive community modeled after New England isn’t cheap.

To cite just one example, the campaign to rename “Colony Days” to “The Braided River Festival“, and “Colony Christmas” to “Hometown Holidays”, involved setting aside $10,000 for public relations just to manage the expected fallout from the public.

So here it is in a nutshell:

A majority of the Palmer City Council joins and is active in a private Facebook Group (Mat-Su Moms for Social Justice).

The group discusses privately how to enact and promote various policies, who the City Council should appoint to various positions, and how to promote the political agenda of one segment of the public. The group also criticizes government-sponsored events open to the public as “a complete echo-chamber” which they choose not to participate in.

Citizens engaged in such activism is a protected constitutional right. No problems there.

But a majority (quorum) of elected officials engaged in such discussions of city council policies is illegal under Alaska state law.

The public was required to be notified of the discussions ahead of time. They were not.

The public was required to have been invited to observe the discussions and provide input before decisions were made. They were not.

Today, the recall of these City Council members is on the ballot. None of them resigned. One of the four lost re-election in November.

It is the policy of the state that
(1) the governmental units mentioned in AS 44.62.310(a) exist to aid in the conduct of the people’s business;

(2) it is the intent of the law that actions of those units be taken openly and that their deliberations be conducted openly;

(3) the people of this state do not yield their sovereignty to the agencies that serve them;

(4) the people, in delegating authority, do not give their public servants the right to decide what is good for the people to know and what is not good for them to know;

(5) the people’s right to remain informed shall be protected so that they may retain control over the instruments they have created;

Either this is a good law and should be followed, or it is a bad law and we should change it. Palmer, today you decide.