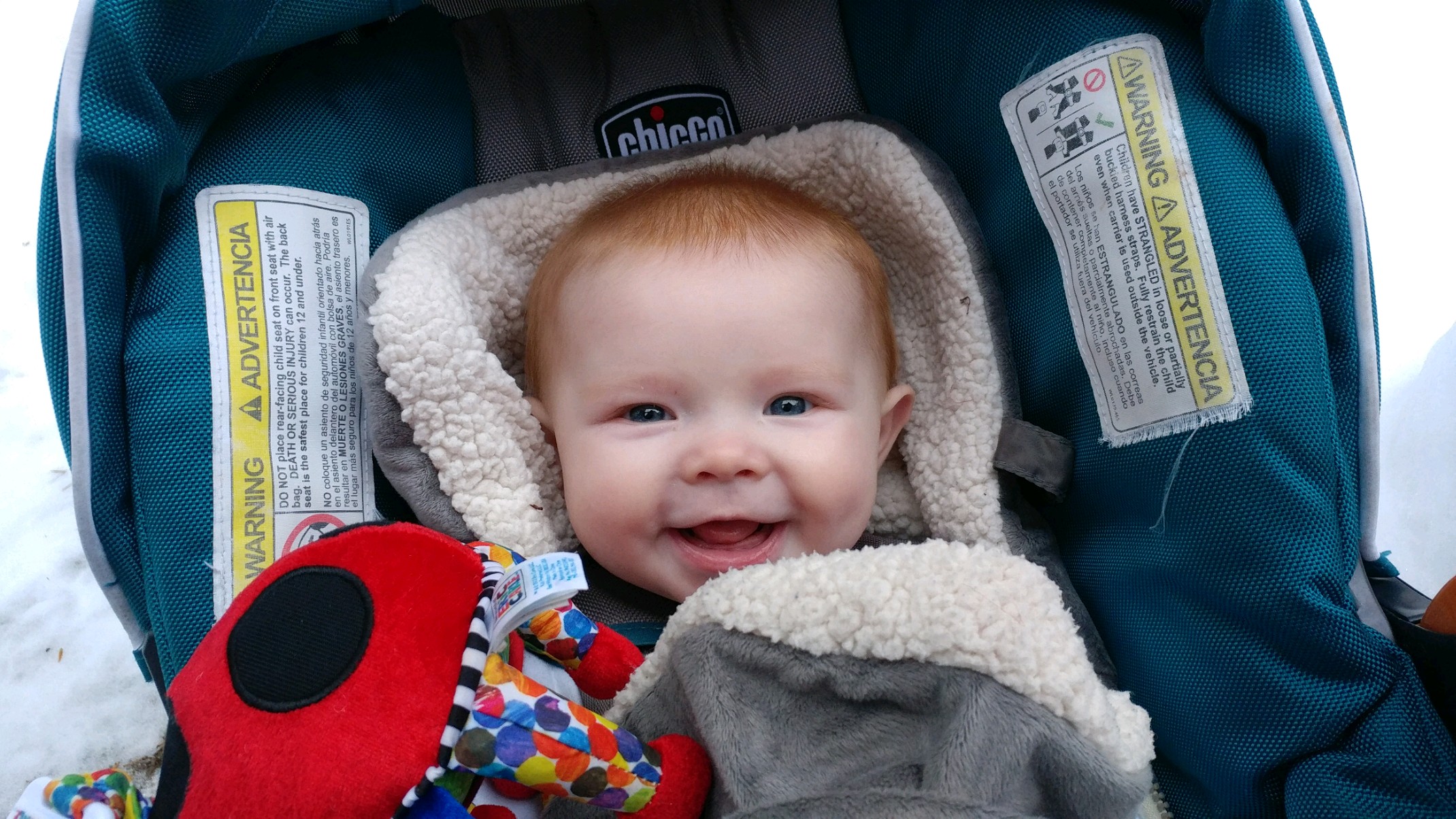 My youngest daughter has a smile I can never forget. When I think of protecting innocent life, this is the face I see.

Even though she’s not yet a year old, her life is worth protecting.

When she was only three months old, her life was worth protecting then too.

When she was nearing full term and rapidly running out of room to maneuver (she was born on her due date), she was worth protecting then too.

When she had only been on this earth for a matter of minutes and we could detect only the faintest signs of her presence, her life was worth protecting then too.

Like all of us, she will only have one shot at this life. Her smile, like her DNA, will grace this world only once.

If her mother died in childbirth, she would still want to live.

If her family tree was as tangled and disastrous as a Jerry Springer Episode, she would still want to live. She still has that right, even when the world, for its own reasons, chooses not to honor that right.

To take the life of an innocent person is no small thing. Hate must precede that act of violence. Before every murder there must first exist a thought: “My life will be better if you cease to exist.”

When your greatest enemy comes to mind, it can be a tempting thought. But will it? Will it really?

If you bite down on that hook, you can get to the place we have arrived at here in Alaska, where abortion is proclaimed as a “public good”. In fact, it is considered such a public good, that our government has decided that every member of the public will pay for it.

We are one of a handful of states who can boast that many, if not most, of Alaska’s abortions are paid for entirely with state tax dollars. The abortion industry is one of the most politically powerful industries in the state. Today, it controls the Alaska State House. Can the oil and gas industry say that?

We are so far from the solution in this state, that the actual solution may sometimes not even be spoken of in polite company. And yet it stares us right in the face today.

Whereas other states are debating a myriad of abortion related reforms this year, Alaska has only one piece of legislation that even relates to abortion. It is not a ‘pro-life’ bill (not in the way that so many politicians have come to use the term). It is not designed to raise money for pro-life causes or to win favors from pro-life voters at election time. ‘Pro-life’ bills be passed without hurting Planned Parenthood’s bottom line.

Our bill isn’t like that, and it certainly won’t win any favors from any of the lobbyists in Juneau. It is a Right to Life bill.

When we say that each of us is ‘endowed with the right to life, liberty and the pursuit of happiness’, sometimes as a society we hope that no one will hold us to it. Inevitably, the rights of those with political power are protected, but those without political power do not always enjoy that protection, like the time the U.S. Supreme Court declared that those sold into slavery were not actually people but property.

Today, at the request of an industry that insists upon it, our Supreme Court has declared that a child waiting to be born is the property of the child’s mother (or whomever holds the mother’s power of attorney).

That is not how our constitution was written, but that is how our state laws currently read. That is what happens after you bite down on the hook, and swallow the line that your life will be better if someone else’s ceases to exist.

That is how you end up with Congress, less than three months ago, blocking medical care for newborn infants born alive after a failed abortion. Property not a person. No right to live. A public good if they are left to die on the operating room table.

We have strayed quite far from the words of the Constitution; “all persons have a natural right to life“. It is time we found our way back.

The solution to abortion is not in finding ways to treat a mother’s property better. According to some in Congress, in a contest between babies as property and kittens as property, kittens have the upper-hand.

Well-intentioned though they may have been, attempts to treat human property “better” did not move America away from slavery. It was acknowledging slavery as a wrong, one that could only exist at the expense of a person’s right to be free. That was the only truth powerful enough to finally end legalized slavery in America.

I stand for a child’s right to live.