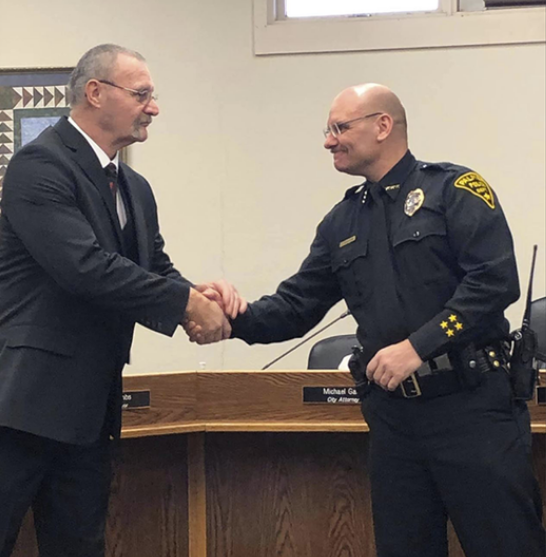 A respected Mat-Su police chief was threatened with being fired for political views he expressed years ago—if that was the only headline, it would be bad enough. But it’s not.

To the rest of the country, Palmer, AK is a dot on a road map. Some view the recent attacks levied against its police chief in the same way. But that dot is connected to many others, and forms a highway that now spans the length of this country.

Let’s review some news snapshots from the past week or two:

If you missed any of these, visit “If You Don’t Support Black Lives Matter, You’re Fired” by columnist John Davidson, who catalogs a much longer list.

Like some of those above, Chief Shelton was targeted after expressing insufficient support for a political organization: Black Lives Matter.

But purges are never about individuals. In this case, they are about removing political opposition to a political movement.

Today, the immediate focus of that political movement is the defeat of Donald Trump in this year’s election. It would be bad enough if that were all of it—but it’s not.

When speaking with their political allies, the co-founders of Black Lives Matter make no bones about their long term goals. In their own words, “We are trained Marxists.” Let that sink in for a minute.

In explaining why Chief Shelton’s views must be purged from the Palmer Police Department, Shelby Wilson explained: “Racism, sexism, capitalism, xenophobia are all interlinked.”

You see, capitalism is the enemy. It must be replaced by Marxism.

According to Marxism, marriage is an irredeemable vehicle of oppression. It supports capitalism. The family must be abolished.

Religion is the enemy. It’s widespread acceptance prevents the Marxist utopia. Religious freedom must be abolished.

Individual rights and private property are the enemy. They must be abolished.

Police are the enemy. They must be co-opted or, failing that, they must be abolished.

America is the enemy. To some, America was what prevented the USSR from bringing about utopia. America and her history must be torn down, brick by brick and statue by statue. It’s not racism, or confederate flags, or Christopher Columbus who must be torn down. It’s America.

This is the competing vision for our nation that animates the attacks on law enforcement today.

The current struggle for political power in America can play tricks on the eyes. In fact, like the camouflage fatigues I wore in the Army, it is designed to. Accordingly, many good people can be forgiven for failing to immediately make sense of what they are seeing. 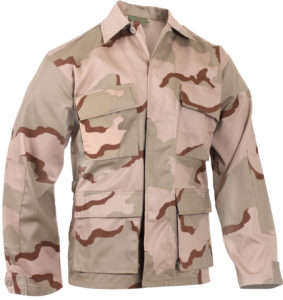 It is not by focusing intently on that small patch of brown, measuring its length, describing its shape, and asking which direction it’s pointing, that we gain a better understanding of what it is. If you focus on the patch of brown alone, it won’t matter how much time and effort you spend staring at it, because there is nothing to see there. You have to step back to see the whole.

The recent attack on the Palmer Police Department is one of those small patches of brown. The bigger picture is the purge that is currently taking place across America. Author John Davidson aptly captures why Black Lives Matter is targeting our police, whether individuals or in some cases entire city departments (visit “‘Abolish The Police’ Is A Slogan For The Destruction of America“). He concludes, “calls to abolish the police…are about power. And once the police are out of the way, those who called for abolishing them intend to wield it.”

There are only so many ways one can respond to a purge.

First, you can deny that it is taking place. But we have lately reached the point where that is no longer tenable.

Second, you can join it. You can work to eradicate in yourself and in others whatever stands against the political orthodoxy of the day. However, what is orthodoxy today may not be orthodoxy tomorrow.

Third, you can do your best to placate the mob. As Winston Churchill recognized shortly before the outbreak of World War II, “Each one hopes that if he feeds the crocodile enough, the crocodile will eat him last. All of them hope that the storm will pass before their turn comes to be devoured.”

Finally, you can oppose it. Those of us who oppose a purge, often pay a price for doing so. And, if history is any guide, the price we pay rises sharply the longer the purge is allowed to continue.