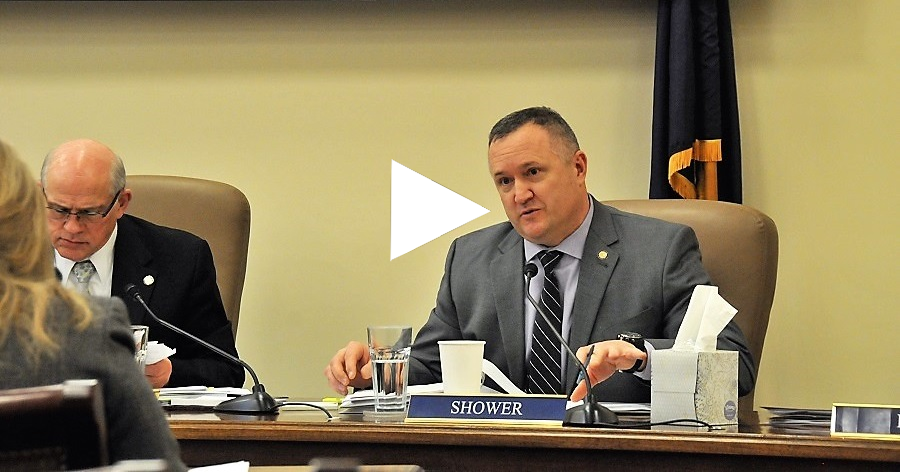 But perhaps “hijacked” is too nice a word. Hijackers normally reroute a plane rather than simply pointing the nose to the ground and immediately ending the flight without a word of explanation, as happened in the Legislature’s Senate Judiciary Committee on Saturday morning.

The legislative process was hijacked by Sen. John Coghill this weekend. He is now making demands about all of the things that legislators will have to give up in order to get it back.

He has demanded that legislators immediately abandon efforts aimed at:

1. Giving the people the opportunity to vote on putting the PFD into the Constitution.
2. Repealing SB91.
3. Passing Bree’s Law.

What happened:
After enduring more than a year of being stonewalled, a bipartisan group of legislators made a brave attempt to take back the plane yesterday. They did so by enforcing legislative procedures designed to protect the public process, but were immediately stopped by a single legislator determined to crash the plane rather than see it arrive at the destination that the majority of legislators and the Alaskan people want.

Please contact Senate President Pete Kelly now and demand that control of the legislature be immediately returned to your elected legislators, and that the senate be permitted to vote on these three bills. Sen. Kelly’s number is: (907) 465-3709.

A constituent asked me yesterday: “Who do you call when someone hijacks the legislative process?” Is there a legislative Air Marshal? The answer is “No”. There isn’t anyone in law enforcement you can call. No Parliamentarian. No bailiff. No Sergeant-at-Arms.

It’s up to you the Alaskan people in the court of public opinion. You are the sheriff. If the people of Alaska don’t step in, then legislators conclude (rightly or wrongly) that what they are doing is acceptable.

For those interested, the law that governs the internal policies of the Legislature is found here: https://tinyurl.com/yanuaw8z

Rule 24 requires that every committee of the legislature take action on all of the bills sent to that committee, and that they report their action to the legislature “as soon as practicable.”

Without that requirement, a single committee chairman could hold the entire legislature hostage by refusing to act on a bill until he has extracted a political ransom from all other legislators and from the public.

Rule 24 was written to prevent just that sort of thing from happening.

The bill to protect the PFD in the Constitution has been sitting in the Senate Judiciary Committee for a full 13 months without any action being taken.

The bill to repeal SB91 has been sitting in the same committee for more than 80 days without any action being taken.

Recognizing that the committee was clearly failing in its responsibilities to the people of Alaska, a majority of the members of that committee began the process of forcing the chairman of the committee to either take action on the bills or forfeit his right to do so.

He also declared that he would not allow any member of the public to testify about the bill, even though many Alaskans were waiting in line to do so.

He further demanded that all members of the committee forfeit the right to vote on the bills at any point in the future (https://tinyurl.com/y789p9re).

He expects that other legislators in his caucus will back up whatever he does owing to the caucus pact. It is time the Alaska people say “Enough is Enough”. Honor the public process.