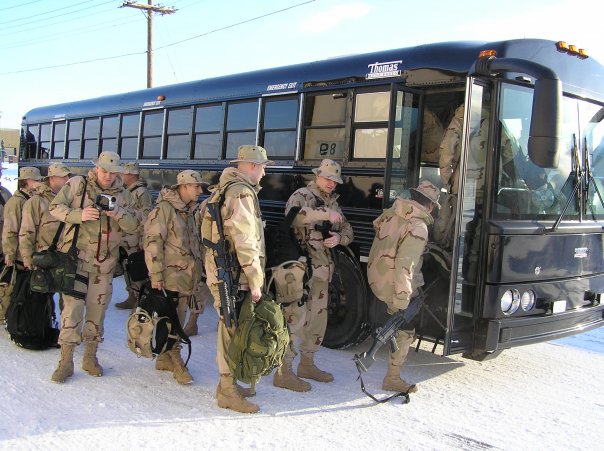 (Alaskan soldiers depart for their first deployment to Afghanistan, 2005)

Earlier today, Alaska confirmed its second and third case of coronavirus (COVID-19), and the White House advised all Americans to immediately begin avoiding groups of more than 10 people. Meanwhile, the list of coronavirus-related layoffs continues to grow by the day. The war is begun.

If it doesn’t feel like this will be a war just yet, stop reading and come back to this in two weeks.

Over the next 100 days it will seem like the world is spinning faster and faster until you can’t possibly keep up with all the news or the related challenges that coronavirus will bring to the United States and to Alaska. Stop for a moment. Take a breath. Think about the five things you are most grateful for in life. Don’t short yourself. Find your top five or so. Then read on.

Preparing for Deployment
I arrived at Fort Richardson the week of Thanksgiving, 2003. There were two openings in Alaska for Military Police lieutenants from West Point that year, and I was lucky enough to be one of them. At the time of my arrival, the Military Police units in Alaska hadn’t deployed since Vietnam.

We had 18 months to prepare for our first ever deployment. As you can see from the photo above, we were a lot of young kids who had never experienced what it meant to deploy to a war zone. One week after we arrived in Afghanistan we experienced our first rocket attack. One of the soldiers who responded to the attack lost his leg to a landmine. From that moment, the war on terrorism became very real to every single one of us.

It may seem like a long time, but for a unit that had never deployed anywhere, those 18 months were barely enough time. Providing law enforcement for Fort Richardson was a 24/7 job. We squeezed in combat medical training and lessons on Afghan culture where we could.

The Army is pretty good about making sure you get the essentials knocked out before a deployment. You might say they’ve done it a few times.

Chaplains were on hand to conduct religious services.

There was time set aside to make decisions about life insurance.

There were attorneys on hand to help you prepare your will.

Having a plan in place for your family’s welfare during the year-long deployment was non-negotiable.

While each of these documents were important, sometimes the finished product wasn’t nearly so important as the process of preparing them. For many, that process involved having conversations that were often quite difficult; conversations such as, if you don’t make it back, who will take the kids?

The Next 100 days
Before any of us want to, we will see what it means to be a nation at war with a virus. In fact, looking back, we may decide that the word “plague” was a better description than virus.

Some that we look to for national leadership will be stricken. Some of the leaders in our communities will fall victim to the virus and will be fighting to survive. Some will lose that fight. Some who never contract the virus but who simply require routine medical care will suffer once our limited medical resources are consumed by coronavirus patients. If what is taking place today in various countries in Europe is any indication, the road ahead will be very rough. Italy is currently experiencing conditions never before seen in peacetime.

Over the next 100 days, the stress on our communities will increase many fold. For many of us, that will mean significant stress in our personal lives as well. Many Americans will lose their jobs. In all likelihood, more than a few companies will go bankrupt that would not have otherwise. For some, the coming stress will fracture families. Some of those we love will be taken from us far too soon.

Those who work in the medical field will be on the front lines in every part of the country. Some doctors and nurses in Italy are no longer working shifts. The volume of patients is endless. The entire country, more than 60 million people, is in lockdown. Doctors and nurses who have contracted the virus themselves are still required to work alongside their healthy co-workers. They no longer see their families for fear of infecting loved ones. Perhaps we will learn some key lessons from Italy’s experience, and Flatten the Curve. Or perhaps we won’t.

In either case, the stress will build day by day until it peaks, and at some point, it will subside. We don’t know when, but our nation’s war with the virus will resolve. With the time that you have now, take stock of the things you are grateful for. That’s what I’m doing right now.

Have the difficult conversations with family members that should be had before heading into a storm such as this. Prepare to make sacrifices. You will not be alone. In the coming storm, we will all make sacrifices.

As you talk with others, consider the wisdom in this video by Dr. Chris Martenson: 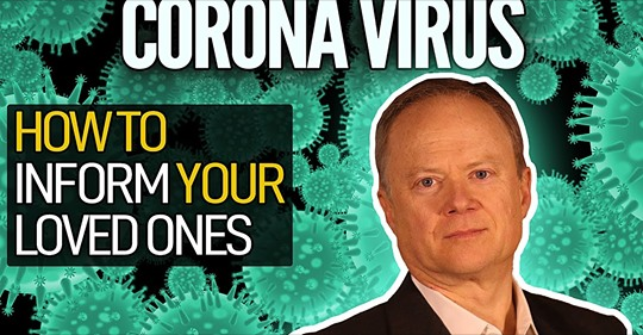 Take a moment now, while the world seems “slow” in comparison, to prepare yourself and those you love; emotionally, spiritually. If you haven’t already, get right with God. Looking back, you will not regret having taken the essential steps to prepare for a war that none of us has wanted, but that is coming all the same.

May God have mercy during this time of testing for Alaska and for our nation.