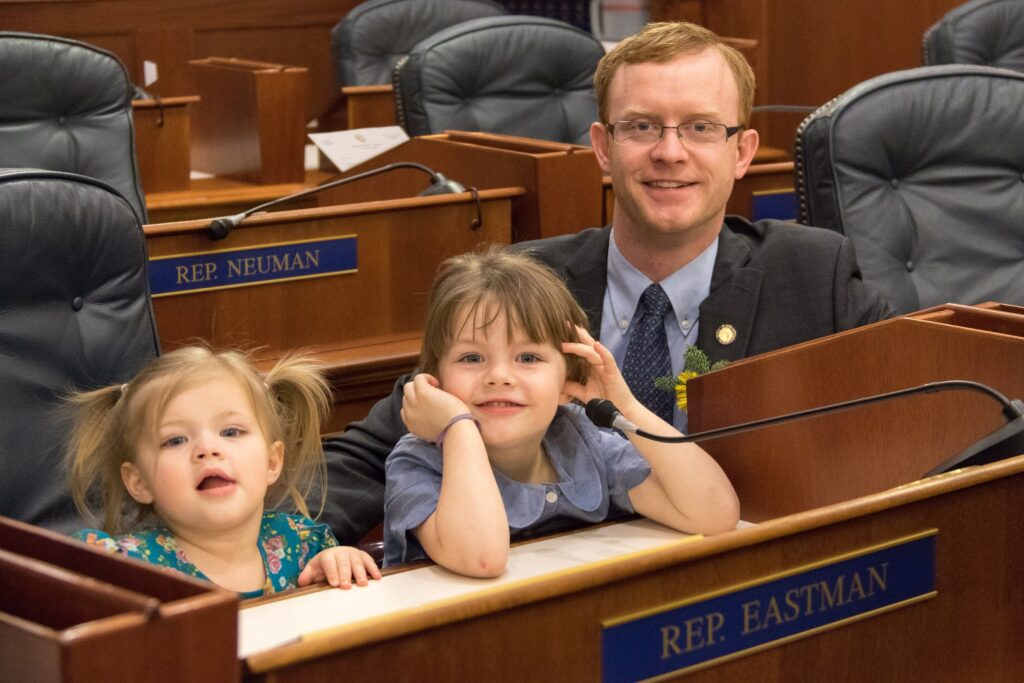 (Going to work with Dad at the State Capitol Building)

If a new state plan for legislators isn’t rejected by the governor there will be fewer children at next year’s Easter Egg Hunt in the State Capitol Building. The annual event historically brings together children of legislators and legislative branch employees for a visit from the Easter Bunny and a chance to hunt for eggs. However, if it becomes cost-prohibitive for future legislators to bring children with them to Juneau, this year’s egg hunt may be the last.

Prior to COVID, my family has always traveled with me to the legislative session in Juneau. In years past we would have been one of many legislative families with children making the migration. More recently, we have been one of only a few. While moving twice a year isn’t any family’s ideal, the inconvenience has been worth it to us so that we can still be together as a family during the half of the year (or more) that the legislature is in session every year.

Unfortunately, since Juneau began its hopeless battle to eradicate COVID, the capital city has become somewhat less welcoming to visitors, including families like ours. Wasilla doesn’t have vaccine mandates, mask mandates, and the rest of it, Juneau does. Worse, even as Juneau is now gearing up for its first full cruise ship season since the pandemic began, state officials have now put forward a plan that will make it all but impossible for many legislators with young children to afford living together as a family during the legislative session. 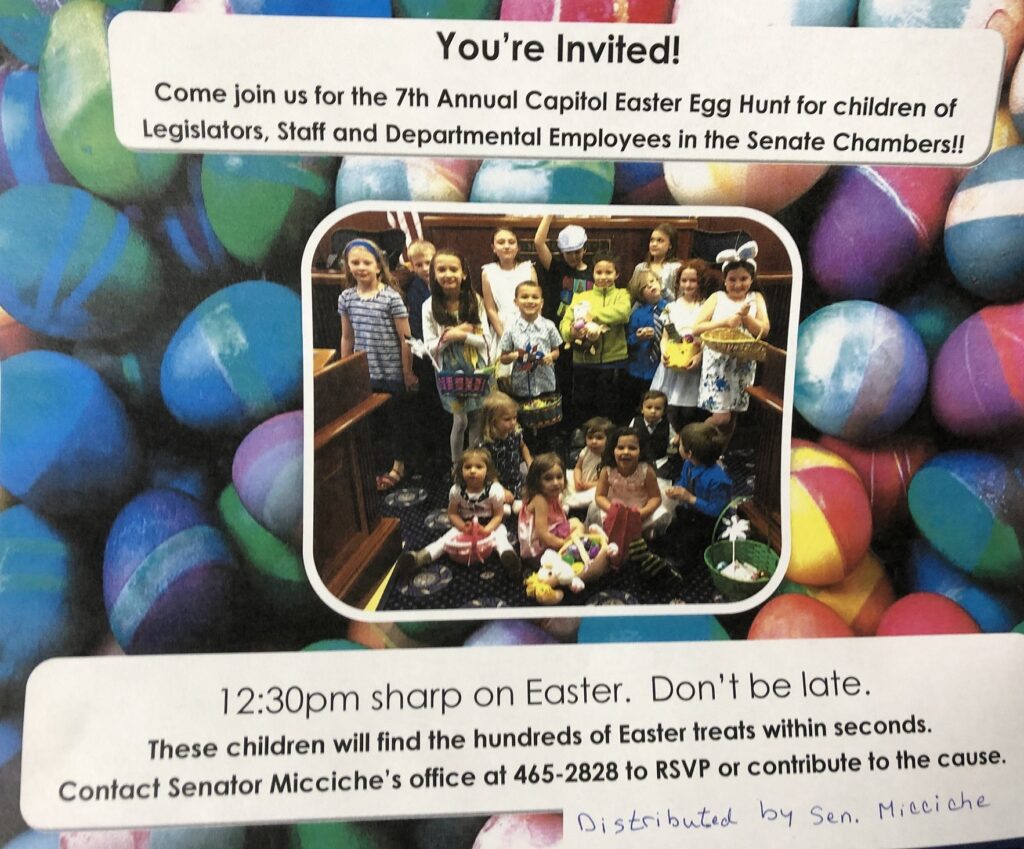 It’s probably safe to say that no one runs for office as a way to improve their physical health or as a way to help strengthen their marriage. Alcoholism is just one of many workplace hazards that legislators and their families are obliged to navigate. But while some hazards are common to all state legislatures, Alaska has made a number of decisions that have increased those hazards substantially.

During my first year in office the Alaska Legislature was in session for over seven months, all of it in Juneau. That’s unheard of in most states. Last year, the legislature was in session for even longer. Even with occasional trips home when you can get away, seven months out of the year is a long time for any family to be apart. There’s something about being able to sleep in the same bed as your spouse at night, and being able to tuck the kids into bed (most nights) even if it means taking a break between evening meetings at the capitol to do so. Despite the challenges of renting two houses, one in Wasilla and one in Juneau, it’s been worth it to us.

Alaska is the only government in the world that expects most of its legislators to maintain a residence in one location, but work on the other side of an international border, and in a city that can only be reached by air or water. Knowing this, it should come as no surprise that Alaska has managed to create the most insular legislature of any state in the union. From the perspective of lobbyists in Juneau, it’s really quite the achievement. But it has come at the cost of thousands of Alaska voters feeling disconnected from their elected representatives, a limited pool of candidates willing and able to serve in the legislature, many legislators and staff separated from their families for months at a time, long legislative sessions, terrible policy decisions, and travel and lodging expenses for the 57 legislators who do not live in Juneau year-round.

This week, the Alaska Legislature voted against allowing recommendations from the State Officers Compensation Commission (SOCC) to become law. In addition to salary increases for department heads, future legislators and the lieutenant governor, the proposal also included reducing travel and lodging expenses for legislative sessions beginning in 2023. While it called attention to the high expenses in Juneau, the commission was reticent to tackle the systemic problems which lead to those expenses every year. In short, it gave the legislature a good poke in the eye, but little else.

One member of the commission was candid in his general disapproval of policies that have lately been coming out of the legislature. As a conservative, and an outspoken opponent of many of those policies, I share in that disapproval. But the proposal goes further than that. If adopted, the proposal would have the immediate effect of making it even harder for those with young families to serve in elected office.

Fewer candidates with younger families will mean a legislature less connected with the concerns of working families and more likely to be populated by those who have already reached retirement before running for office. By increasing the personal daily expenses of serving as a legislator, less affluent legislators will be even more at the mercy of more affluent legislators who can already delay their ability to return to their homes and jobs by prolonging the legislative session. This will hardly further the goal of better policies coming out of Juneau. 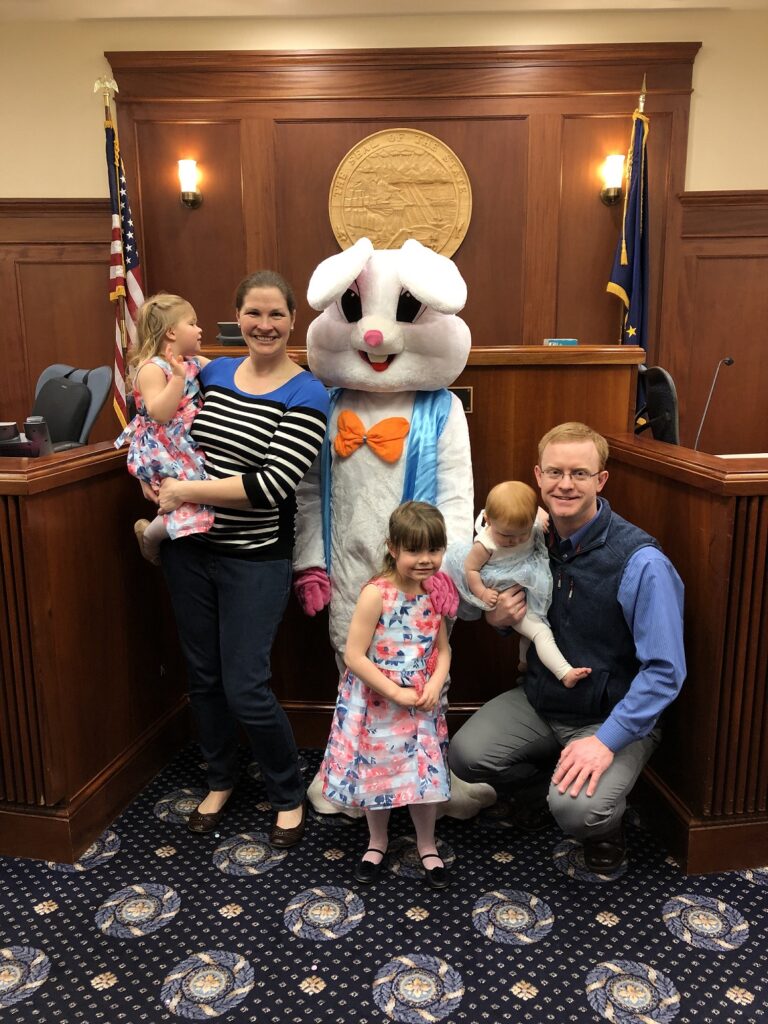 If having even just a few legislators with young families in Juneau is important to you, the recommendations of the State Officials Compensation Commission should be rejected by the governor and sent back to the drawing board. Instead, the commission should recommend that legislators be required to leave Juneau at the end of the 90 day session. My proposal is this: After 90 days, if legislators must meet, they should be required to meet some place other than the capital.

This non-negotiable change of scenery at the end of the 90th day will provide the necessary encouragement for legislators to get on the ball and honor the will of voters that regular sessions be limited to 90 days. If any business is so urgent that it justifies legislators reconvening after the change of scenery, a location in Anchorage or the Mat-Su is a logical choice and should be encouraged.

Legislators are only eligible to receive per diem when traveling more than 50 miles from their place of residence. As the majority of state legislators live within a 50-mile radius of the Anchorage Legislative Information Office, choosing to meet in that part of the state will immediately eliminate all per diem payments for most legislators, as well as any incentive for legislators to continue to remain in session after the 90th day. Perhaps most importantly, legislators will be more accessible to the people they serve. Also, as most legislators will be living with their families at home, the presence of family members should provide ample motivation for legislators to wrap things up expeditiously and turn their attention toward home at the first opportunity.

*This article has been updated following the vote of the legislature this morning to send SB171 to the governor for his signature.