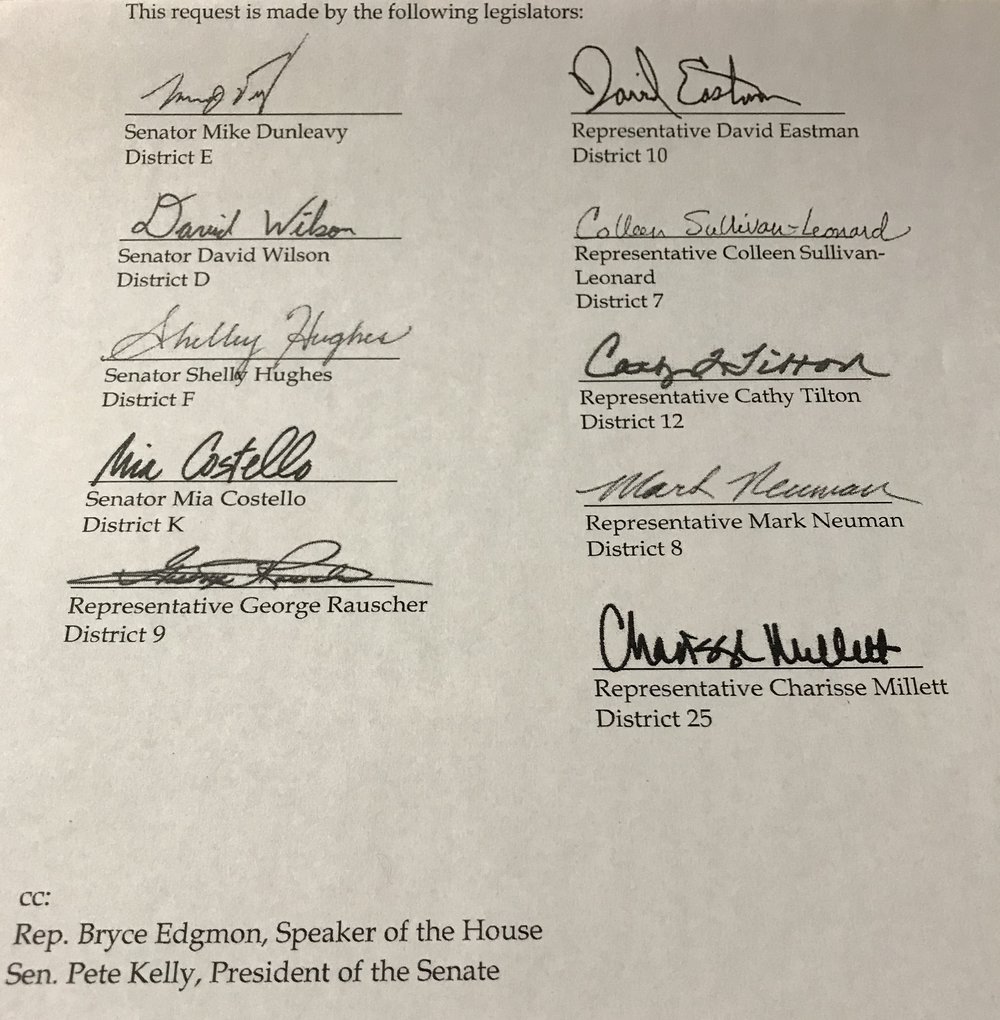 Even though the last 16 months have witnessed the spectacular crash and burn of SB91, the governor and most members of the legislature continue to have their foot pressed firmly on the gas pedal. In that context, SB54 doesn’t represent a change in direction so much as it represents pulling the driver out of a vehicle that he and everyone else now recognize has been in so many car accidents that it is no longer roadworthy.

As the smoking wreckage of SB91 begins to get smaller in the rearview, the same driver is now driving a new car (SB54) and headed in exactly the same direction as before. Unfortunately, we’re all still along for the ride, bracing for the next collision.

To date, 12 legislators have stepped forward to turn the car around. Unfortunately, 12 legislators is 3 short of the 15 required to initiate the process of a full repeal of SB91.

To take a step back for a moment, it is important to recognize that the 30th Alaska Legislature (those serving in the legislature this year and next year) have still not had the opportunity to formally vote on, or even discuss, whether or not SB91 should be completely repealed. The topic has been discussed at some length at town halls of course, but the governor did not include it as an agenda item on any of the various special sessions he has called this year, so the only discussion that has formally taken place has been in the context of amending SB54, a bill which the governor did include on the agenda of the current special session.

Last Saturday, the House debated Amendment 11, which would have repealed most of SB91, but the senate has not had the opportunity to debate even that portion of SB91, as the amendment failed to pass the house in a 13-27 vote.

Legislators recently sent the above letter to the governor requesting that he add SB91 to the agenda of the special session so that the issue of repeal could be openly debated in both the House and the Senate. Despite numerous requests from the public and members of the legislature, he has shown no interest in opening the door to such a discussion.

As stories of the failure of SB91 continue to multiply, there are only two other avenues by which the legislature can throw open the door to debate the merits of a full repeal. The legislature can of course wait until the next regular legislative session in January and put forward a new bill at that time. Other than waiting for that opportunity to arrive next year, the only other option is for legislators themselves to add SB91 to the agenda of a current or future special session.

The process for doing so requires the Speaker of the House (Rep. Bryce Edgmon) and the President of the Senate (Sen. Pete Kelly) to ascertain whether a sufficient number of legislators wish to take up the topic of SB91. Alaska has a total of 60 legislators. If 40 legislators answer in the affirmative, then SB91 is added to the agenda of the special session.

That process can begin whenever the Speaker of the House and the President of the Senate agree that legislators should be polled. Even if they do not wish to repeal SB91, they can still be compelled to poll legislators if 15 legislators (5 senators and 10 representatives) request in writing than a poll be conducted. Over the past two weeks, two letters were circulated (one originating in the House and the other originating in the Senate) to initiate such a request. To date, only 12 legislators (4 senators and 8 representatives) have subscribed to that request. It cannot go forward until 1 additional senator and 2 additional representatives are willing to join such a request. 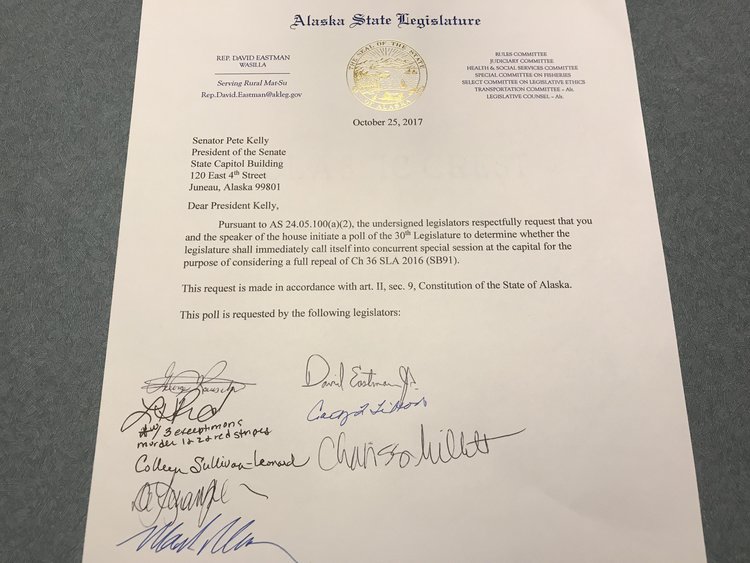 The legislators who have already signed one or the other of the two letters include: