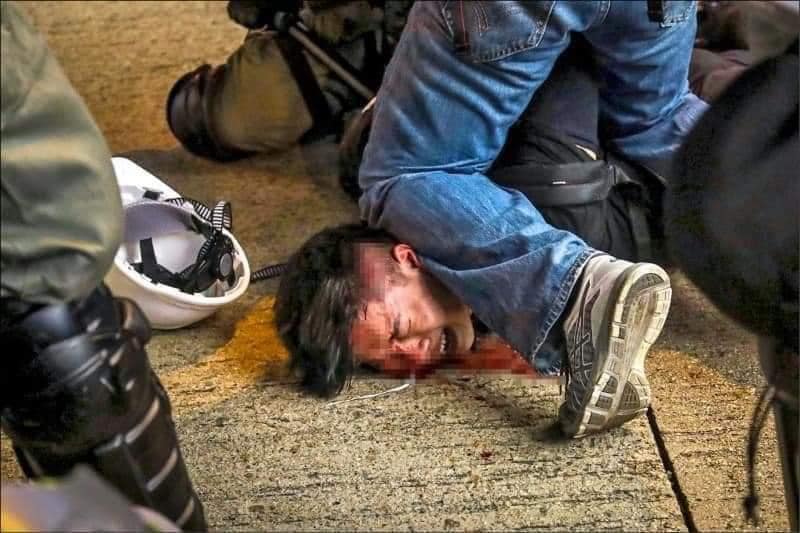 “Dear friends in overseas, Hong Kong has officially turned in to a Police State…” began the message from Cat Wong on Facebook this afternoon. You can visit the original message here: 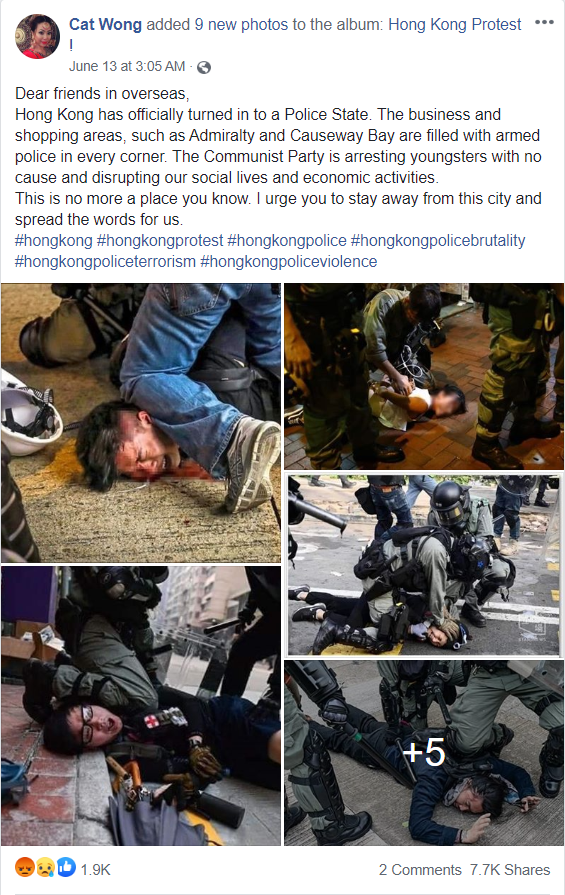 When Alaska politicians (like Anchorage Mayoral Candidate Forrest Dunbar) talk today of the “systemic” issues of race latent in the U.S. Constitution, and the need to chart a new course for our communities, we would do well to observe the dramatic crackdown in Hong Kong, occurring literally as we speak.

The people of Hong Kong today cry desperately to maintain freedoms preserved by the same “Racist Constitution” that the Left has been trying to dismantle and tear down for decades. It turns out there is actually something worse than a government with a Constitution “shot through…with race.”

As the Left tears down statues and memorials, amid threats to “burn down the system“, there is tellingly little talk of what will actually replace those statues, and what system will be demanded once they’ve torn down the “Racist”, “Capitalist”, “Sexist”, “Xenophobic” system they decry today.

How it comes down, whether by being torn down or through being burned down, is merely academic. The imperative driving the Left today is that it must be torn down. Completely. The Constitution must be abandoned. Like Hong Kong, it is irredeemably capitalist.

Hong Kong was to be “one country, two systems”, in which the democratic freedoms of Hong Kong coexisted alongside the communism of mainland China. China has now proven itself incapable of honoring such an arrangement.

Americans should take this rare opportunity to look closely at the messages coming out of Hong Kong today. In the future, those who attempt to send such messages will be jailed for doing so, just as the doctors who first tried to warn their colleagues of Coronavirus were arrested for sharing information without first gaining government approval.

I had the privilege last week of listening in on a live interview between Jimmy Lai and Rev. Robert Sirico as part of Acton University. Jimmy arrived in Hong Kong penniless at the age of 13, having escaped from mainland China. He is now one of the most prominent Pro-Democracy voices in Hong Kong. He spoke of having had to appear in court immediately prior to the interview in retaliation for his public support for maintaining the freedoms the people of Hong Kong have long enjoyed.

When asked what inspires him to continue to face such persecution, he spoke of the debt he owes to Freedom. As he tells the story, Freedom provided him the life he has lived, and he considers it a privilege to give the remainder of his life, however long that might be, in the service of Freedom.

Make no mistake, the current moves to topple monuments and disband police departments are not uncoordinated events. As we watched statues of abolitionists being toppled alongside statues of slave owners it became clear that this project is not about ending racism, but about uprooting America’s connection to its past; the noble as well as the vain. The current system is still too stable. It must be made unstable.

The State of Rhode Island has now begun the process to officially change its name. Yes, it’s happening. The irony; by shortening its name, allegedly to distance itself from slavery, Rhode Island is actually being asked to sever its connection with the “Providence Plantations”, which was the anti-slavery portion of Rhode Island, and perhaps the very first place in North America to take a principled stand against slavery.

No matter, like a conquered nation, the citizens of that state are being told to hang their heads in shame for their geographic association with “racism”. They must first purge from their institutional memory those things which occurred at the time our nation was founded. Next their social memory must be branded, just as slaves were once branded. That brand will declare to one and all that America is a “racist” nation. The brand will be permanent. There will be no escaping it…except by embracing a “politically correct” form of government of course.

Make no mistake, those stoking the riots are not preparing for a future debate about the type of system that will replace the status quo. They’ve already acquired the training on how to bring about that new system. And that new system looks terrifyingly similar to what the people of Hong Kong will soon be experiencing.

In that system, gun owners are a threat to the social order, and will become outlaws. It will no longer be “politically correct” to own a firearm.

In that system, freedom of speech is arguably an even greater threat to the state, and those who practice it will be “re-educated”. It will no longer be “politically correct” to dissent.

In that system, freedom of religion becomes an impossibility. Religion freedom undermines loyalty to the state.

But it is pure. Pure from all those “racist” things.

When all Americans are enslaved equally, “racism” will disappear automatically, right?