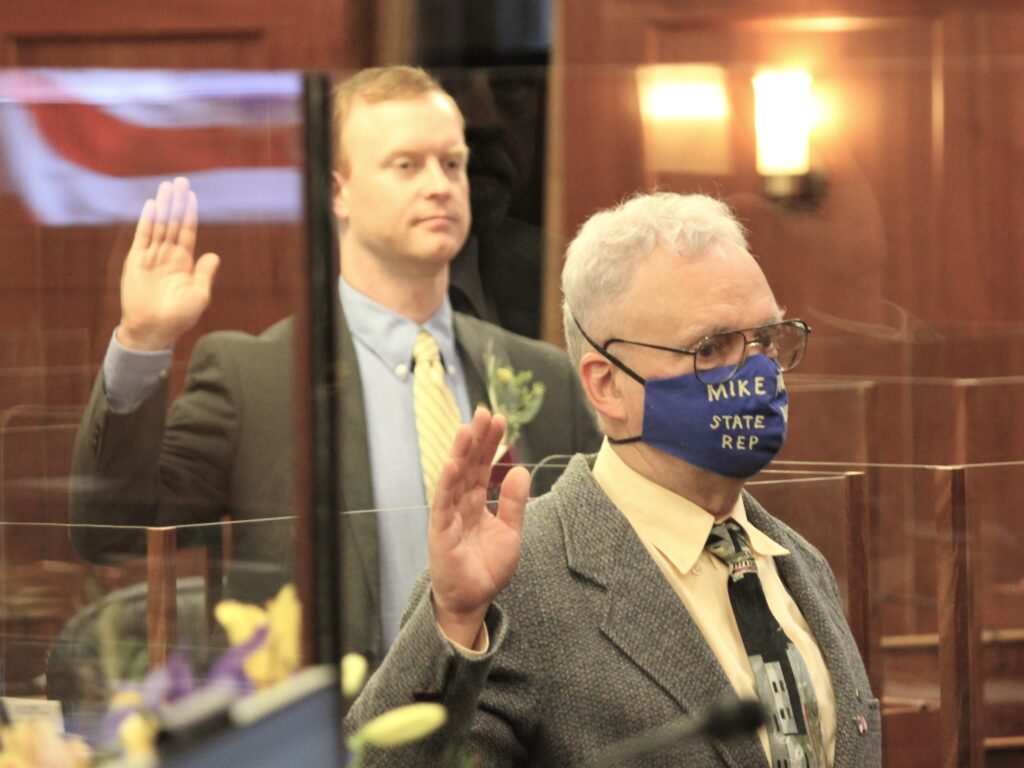 Where will the madness end?

Seriously, where will it end?

This morning HUFFPOST reported that a hospital in New York announced that it is no longer able to deliver babies because vaccine mandates have left them with too few nurses to deliver babies.

Yesterday, I asked my fellow legislators if we still affirm the same medical ethics for which we tried and hung Nazi War Criminals at the end of World War II. Apparently, we don’t. A majority of legislators, rather than answering the question, voted to kill it by sending it to a committee that isn’t scheduled to meet until next January. I will tell you more about that in a future article. Today, the question is Senate Bill 3006.

SB3006 is designed to help our understaffed hospitals and clinics have an easier time hiring healthcare workers. It temporarily sets aside a state background check requirement in order to make it easier for hospitals to hire workers now.

What is inexcusably missing from the testimony of those supporting the bill is that one of the primary reasons our Alaska hospitals will be understaffed going forward is because they are threatening to fire the very nurses and doctors who have been fighting on the frontlines against COVID-19 for the past year 18 months!

Yes, our state bureaucracy is slow. It makes it difficult for anyone to do business with the state, including hospitals.

But no, the state should not be helping hospitals fire Alaska nurses and doctors by making it easier for them to bring in their replacements from out of state.

At the same time all this is happening, the spokesman for the hospitals testified to the legislature this week that vaccine mandates aren’t a concern because they aren’t having any staffing problems due to the mandates. The truth is, many Alaskan healthcare workers are not getting the vaccine because they have first-hand experience of the injuries caused by these same vaccines. If it is a challenge to convince someone on the street to get the new vaccines, think how much more difficult it is to convince someone who, the night before, was caring for a patient who is in the hospital because of the vaccine.

If, as an employer, threatening someone with being fired isn’t enough to get them to change their mind, you should consider whether you are on the right side of the issue or the wrong side. Alaskan hospitals today are on the wrong side.

Under no circumstances should the state be supporting this!

I will be joining other legislators this afternoon in putting forward amendments to SB3006 to ensure that Alaskans are protected from this madness.

It truly is madness.