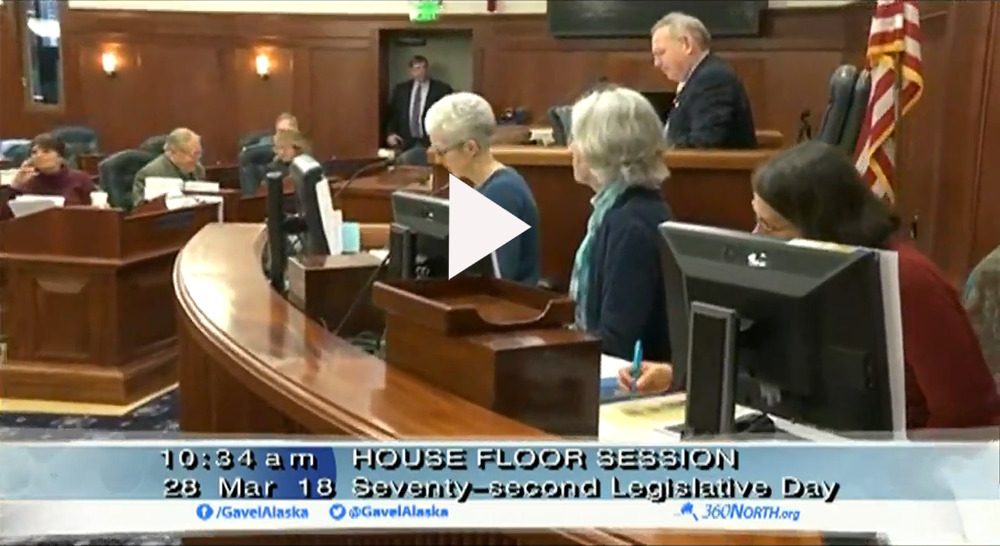 The Alaska House of Representatives took a timeout this morning because too many of the people’s elected representatives showed up to work today. Wait…Come again? Shouldn’t legislators be showing up to vote at announced legislative sessions in the middle of the work week, especially with a 90-Day session limit written into state law?

If too many legislators showing up to work has you confused, let me try to explain how irrational thought becomes rational and illogic passes for logic in the halls of our state government today.

With that in mind, you would hope that legislators would be pushing furiously to complete absolutely as much work as possible before the 90 day deadline hits. Yet the last bill to be voted on in the House was ten days ago, on Day 63.

Today, Day 72, House Democrats are still undecided on what should be included in this year’s state budget. At present, they have decided to do nothing until they come to a decision on the budget. However, the Constitution still requires that the House continue to meet to do business. But since that is exactly what the Democrat majority does not want to do, they have a problem.

In yesterday’s session, the House made it through the prayer and the flag ceremony, and that’s as far as we got before Democrat leadership threw in the towel and adjourned. Today, even with a majority of legislators (21) present, House leadership decided to act as though we were not present. And by pretending that a majority of legislators were absent, they sought to avoid voting on any bills—bills that have been piling up over the last ten days.

The decision to push forward and ignore the legislators present was itself bad enough, especially after the clerk loudly read off the names of 22 legislators. But it became utterly untenable when another legislator arrived in the House Chamber partway through the session at the same time that a cancer survivor was being personally introduced to the legislature.

The introduction of the cancer survivor was immediately interrupted, legislators froze, microphones in the legislature were turned off, and the newly arrived legislator was hurriedly sent away.

And that is how the legislature works today.

Well that’s simple. When that happens, leadership simply carries on with its legislative boycott and ignores the legislators present.

And this is why the legislature will exceed the 90-Day session this year.