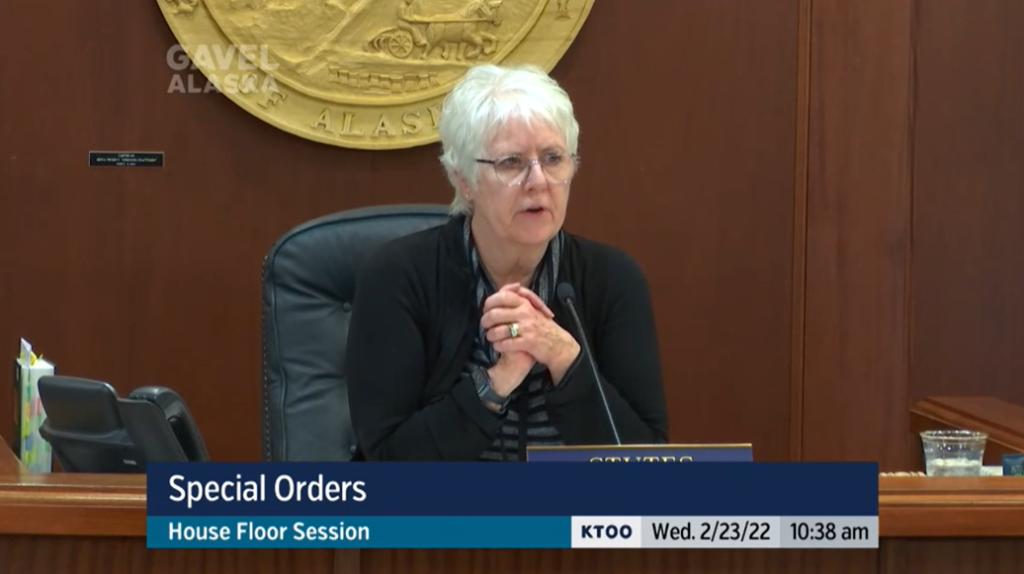 Taking issue with decisions made by the former president: fine.

Taking issue with decisions made by the current governor: fine.

Taking issue with decisions made by Lisa Murkowski: not fine.

On Wednesday, legislators bent over backwards to block their fellow legislators from making any critical remarks about Murkowski. This followed closely after Tuesday’s marathon floor session where legislators spent nearly two hours hearing Murkowski speak, and listening to various legislators try to outdo one another in offering her public praise.

Legislators praised Murkowski for her “tough stands”, her “great work”, and her “bipartisan approach” to governing. They described her work as “monumental”, even going so far as to say: “…Senator Stevens and Daniel Inouye are up there smiling down on the work that you all did back east”.

Excepting neutral questions from Rep. McCarty and Rep. McCabe, each question was accompanied with effusive praise for the wonderful job that Murkowski has been doing in Washington.

If there was ever any doubt as to which political figure most Alaska Legislators aspire to, Tuesday and Wednesday’s floor sessions put all doubts to rest. To cap the day, Rep. Stutes’ husband co-hosted a $1,000 per plate fundraiser for Sen. Murkowski that brought in $70,000.

At the end of the next day’s session, and long after the senator had departed, Rep. Kurka rose to be the first dissenting voice from the unanimous praise of the day before. He prepared a less than 2-minute speech. After being interrupted once, twice, and then a third time, he was finally prevented from even finishing it. You can hear the full 1 minute, 40 second speech on Rep. Kurka’s Facebook Page.

Following the exchange, Rep. Johnson rose to offer this defense of Rep. Stutes.

But, like their Canadian counterparts, some house legislators weren’t satisfied at simply banning criticism of Murkowski and defending Stutes.

In a vote that was tantamount to an endorsement of Lisa Murkowski, 23 legislators were so eager to protect Murkowski from potential criticism that they voted to prevent me from speaking simply because I had defended another legislator’s right to speak. Because of their vote, I was unable to highlight the appropriateness of legislators welcoming public praise for a current political candidate that they have personally endorsed, but then censoring speeches that offer a different perspective, and the unworkable precedent that this will create for future legislators.

To take away any possibility that there might be dissent from the new rules, 27 legislators even went one step further and voted to block my speech on the Constitution and HJR33. They voted to hear about topics like MMA fighting, Lunch and Learns, Maskless Recognition, and Our medical community, but the Constitution didn’t make the cut.

These are the kinds of failures that lead voters to want to roll the dice and vote for a constitutional convention. If they do, we will have no one but ourselves to blame.

Note: The 23 legislators shown in red voted to prevent me from speaking simply because I had defended another legislator’s right to speak. 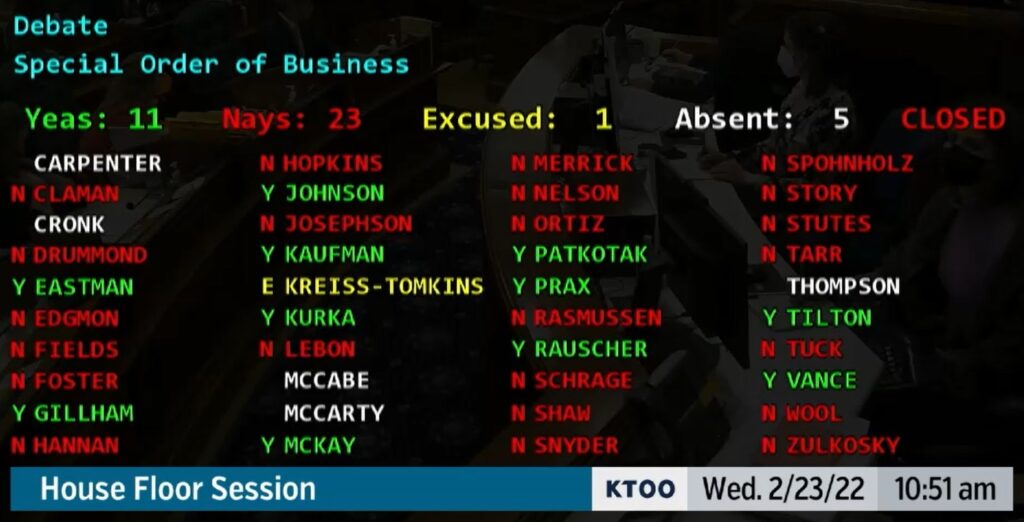 Note: The 27 legislators shown below in green voted to block my speech on the Constitution and HJR33. 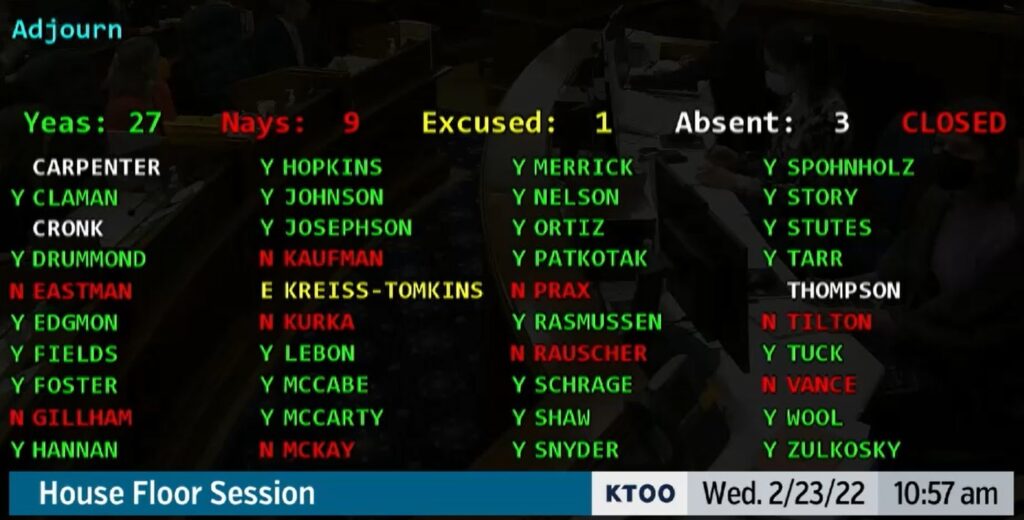