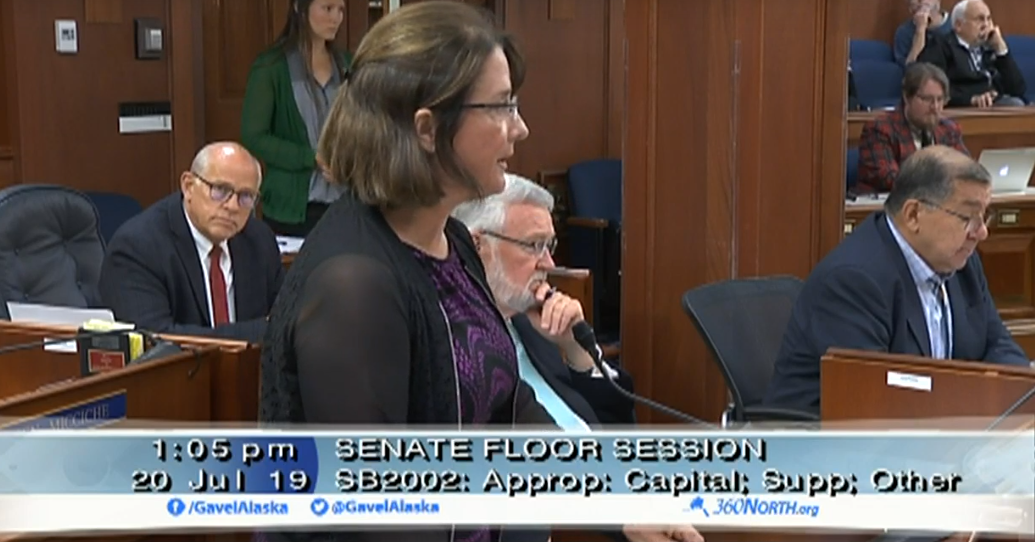 As Alaskans we take pride in the many ways our state is unique. There are more than a few things that seem to work fine in other states, that just don’t work here. As Alaskans we know that we have to come up with our own solutions, and chart our own course. We bristle at the idea that we should just be more like other states, and with good reason.

One of the ways we are unique as Alaskans is that we have the smallest legislative bodies in the country. That’s not by accident. It’s simply part of the path we’ve charted as a state. Vermont’s population is less than that of Alaska, yet they chose to have three times as many legislators as we have. Wyoming’s population is also smaller than Alaska. For reasons that make sense to them, they have 30 more legislators than we have in Alaska.

Our legislators know one another by name. Alaskans talk about our governors going by their first names in public, in contrast to the formality of other states. While we may not all be on a first-name basis with a governor, there is something unique and valuable about the collegiality that we have with one another, simply as Alaskans. That’s something that just can’t be said for Vermont’s governor and their 180 legislators.

Because we have the smallest legislative bodies in the country, we also have the strictest prohibitions of any state when it comes to repeatedly voting on the same bill. It makes sense. When you only have 20 senators, even one senator changing their vote can often affect the outcome of passing a new law. Because of this, Alaska adopted procedures that permit two bites at the apple, but not three, when it comes to passing a law.

This language has remained unchanged since the First Territorial Legislature in 1913:

In layman’s terms, this means you only get two bites at the apple, and if there were any doubts, you are not allowed to bypass this limit by re-framing the same question in the opposite way in order to get a third bite at the apple (e.g. “Shall the bill pass?” “Shall the bill fail?”, etc.).

Since 1913, this same language has been adopted in a number of government bodies throughout Alaska. We originally borrowed from similar language used by the Oregon Legislature at that time, but it does not appear to have been adopted as widely in Oregon as it has been in Alaska.

So what does what happened in 1913 have to do with us today? The prohibition adopted in 1913 has served two fundamental purposes:

1) It has served to provide a finality to legislative acts thereby preventing endless delays while one side in a controversy tries to find “just one more vote” in order to reverse the outcome of a vote a second or third time.

2) It has served to provide protection to legislators from being subjected to coercion and intimidation aimed at convincing them to change their vote.

After putting extensive pressure on minority legislators, a group of legislators have publicly declared that they will proceed with holding a third vote on the budget bill HB2002 this morning, and that they will simply act as though this prohibition did not exist. That should give every Alaskan pause.

This should not be taking place.

Why don’t these same legislators simply jettison the dead bill and put the same words into a brand new bill, you ask? An excellent question.

While that may war against the spirit of the policy, and could be objected to for that reason, at least it would conform to the letter of the law.

But there is a reason legislators do not want to go there. Prior to being voted on and failing twice in the House of Representatives, this bill was passed by the senate after senators were threatened with being removed from committees and having their staff fired if they did not vote for the bill.

This is what explains why a senator would lambaste the bill publicly, moments before voting for the same bill:

“…this is coercion, intimidation…I hope we don’t continue to do business like this because I find it unacceptable.” – Sen. Reinbold

After receiving these threats, several senators voted for the bill, in part, because they knew that it would be stopped when it came to a vote in the House of Representatives. If they had known that legislators in the House would be subjected to repeated votes until the bill passed, they would likely have reconsidered voting for the bill.

One particularly objectionable portion of the bill obliges $250 million from the Constitutional Budget Reserve Account to be approved for unspecified future projects. That alone would be bad enough, but unfortunately there are many other projects funded in the bill which are also troubling.

To be sure, there are times when legislators have retaken a vote so that a legislator could vote who was absent, or so that one or more legislators could be shown as coming down on “the winning side”, and there have been times that the legislature has acted unanimously to make corrections to a bill even after it has been voted on twice and passed by the legislature.

But that’s not what we are talking about this morning. We’re not talking about making grammatical corrections to a bill or fixing an incorrect date. We are talking, for the first time in memory, of forcing legislators to vote for a third time on a controversial piece of legislation, following successive rounds of threats and intimidation.

If today’s vote takes place as some legislators have declared, it will not just be a loss to the losing side of the vote. It will be a loss to every Alaskan and to an institution that has served to allow Alaskans to peaceably resolve their differences without violence for over a hundred years.

That is a tragedy, even if you happen to support the winning side of this morning’s vote.