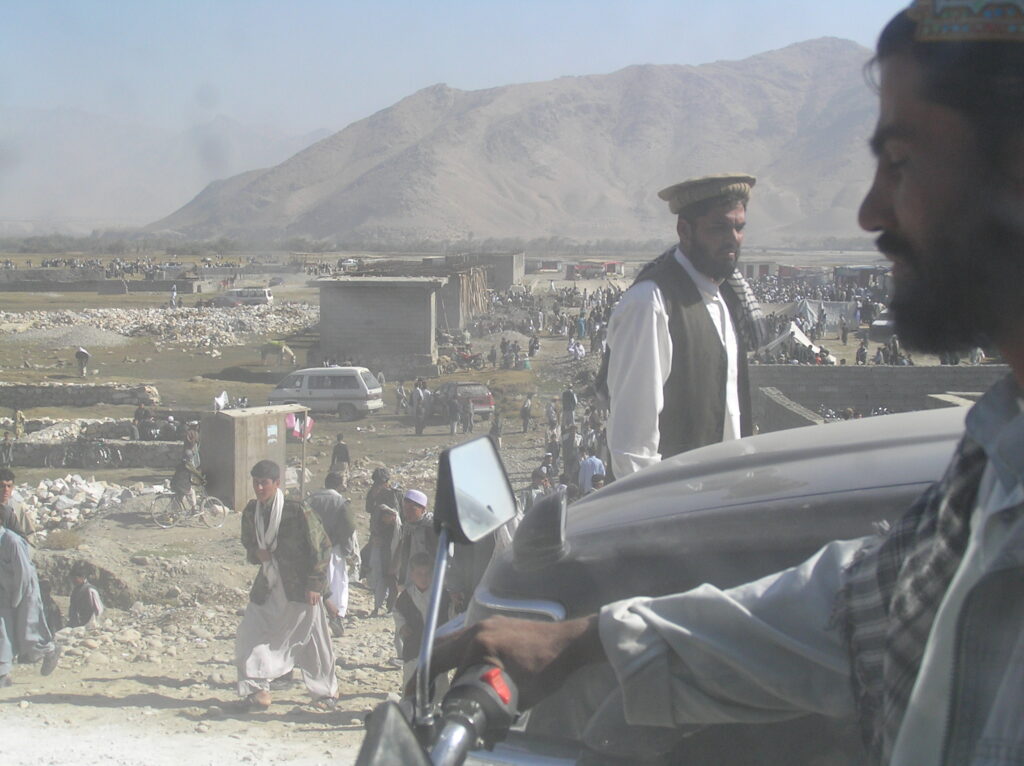 On my first flight to Afghanistan I came by way of Kyrgyzstan. By chance, we were on site the day the Government of Kyrgyzstan fell during the Tulip Revolution. Fortunately, the revolution was largely peaceful. My first visit to Kabul itself was on April 10, 2005. The American and NATO military presence in Afghanistan was high, and it was a relatively peaceful time to be in and around Kabul. It was the best of times.

Yes, there were bombings. One morning a vegetable cart blew up in front of a local high school. Another morning a bomb-laden bicycle blew up a taxicab. There were suicide attacks. There were IED’s. My brother would later survive four of them. Shortly after arriving in country, we experienced our first of many rocket attacks. One of the soldiers in my unit lost his leg responding to that first attack.

Five months into the deployment one of my classmates from West Point was killed. Less than two weeks later, my second classmate was killed. This was Afghanistan in the good times.

On one mission, my soldiers were directed to a firefight only to discover that it was a family, rather than a military, battle. An uncle, and his men, had come up against his nephew, and his men. The uncle prevailed. The nephew and all of his men were slaughtered.

We hear stories of the wild, wild west. The stories I’ve heard don’t hold a candle to Afghanistan.

In Afghanistan, we were shown what appeared to be desert, and told how it had once been a fertile valley…until Genghis Khan had sacked it in the 13th century. No joke.

Police in Afghanistan were as much a problem as they were a solution. Stories were frequent about local police setting up unofficial checkpoints to shake down anyone passing by.

On one occasion, a group of Kabul police officers grabbed a teen off the street in full view of one of my soldiers on base, and began to gang rape the teen. American soldiers rescued the teen from the attack and took those responsible into custody. The supervisor of the police officers contacted Washington, D.C. to lodge a complaint against me. Kabul is that kind of place.

Afghanistan is today’s wild, wild west. Those who live there are allowed to have an AK-47 at home for personal protection. Maybe the events above can help explain why. Afghanistan is that kind of place.

That is, they were permitted an AK-47 until today. Today is August 31st, the deadline for U.S. troops to withdraw. All firearms and ammunition are now outlawed, and those in Afghanistan have been given a week to turn over any ammunition or firearms they have to the Taliban. Only the Taliban may have weapons. According to the Taliban, citizens no longer need such protection.

As the provost marshal and senior law enforcement official for Camp Eggers, this is what I saw.

This was the Afghanistan that we saw.

We have now added tens of billions of dollars of weapons and equipment to this war-torn land.

We have abandoned hundreds, if not thousands, of American citizens to the mercy of our avowed enemies.

Today, our allies in Afghanistan are being hunted down using weapons and technology provided by the American military and American taxpayers. In the future, it will become clear how many terrorists were brought to our shores on military flights out of Afghanistan. We do know that American lives were lost on Thursday. We know that American lives will be lost in the future as a consequence of what was permitted to take place over the past 18 days. What we do not yet know is how many lives.

From where I sit, John Harrington was certainly onto something four centuries ago:

“Treason doth never prosper, what’s the reason? For if it prosper, none dare call it Treason.” – John Harrington