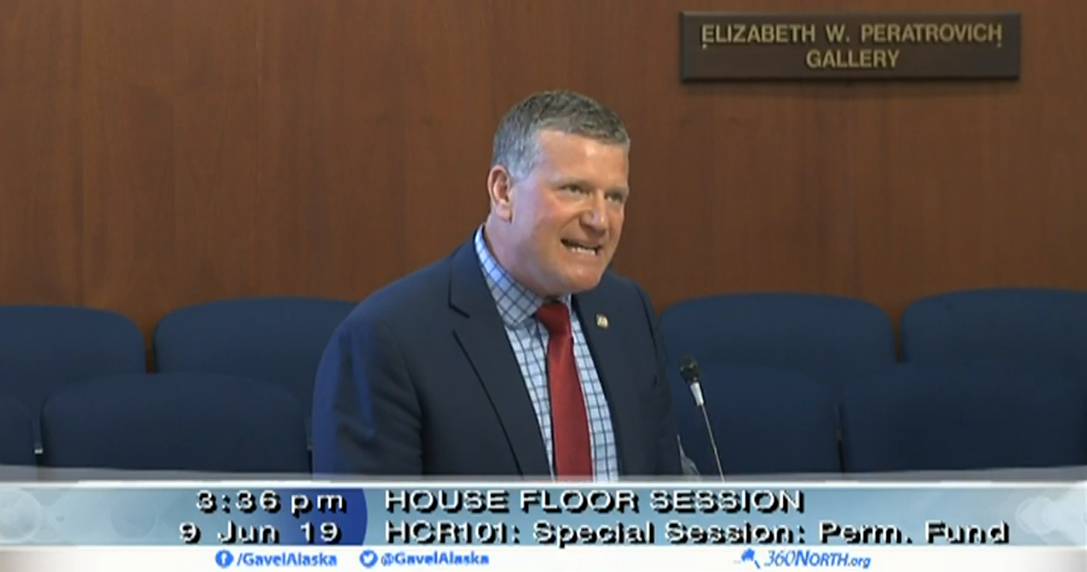 Some of my colleagues in the legislature took out the knife and stabbed the PFD two more times today as part of the on-going campaign to collect a ransom in exchange for releasing this year’s PFD.

The PFD Ransom Bill (HB1005) was scheduled to come up for a vote today, but was delayed by the House Finance Committee.

You may recall, HB1005 would provide for a partial PFD this year, plus a one-time match from a separate state account, in exchange for pro-PFD legislators agreeing to:

Oh, and the clincher was that there would be no public vote by the people on any of these permanent changes to the PFD. What a deal, right?

Unsurprisingly, when it came time for public testimony, the public overwhelmingly condemned it. Pro-PFD legislators pointed out that the bill was a classic bait-and-switch: “I’ll give you a little bit of cash today – Just give me your inheritance for the next 50 years.”

House Legislators have effectively been holding the PFD hostage since the end of last year. You may remember the first time I warned of this back in November when some of my colleagues first announced their intentions to hold the PFD for ransom. This was all part of their response to Mike Dunleavy being elected governor.

True to form, they have refused to allow even a single vote to be taken on the PFD during the 146 days that the legislature has been in session this year.

Today, they were sticking to their guns, lambasting both the PFD and the members of the public who support it.

While the PFD Ransom Bill continues to wait for a vote, some of my House colleagues made a few more jabs at the PFD today.

They voted to exclude the PFD entirely from this year’s budget (HB39).

They voted to drain most of the money from the only bank account that can be used to pay the PFD.

They voted to appoint a “Legislative Working Group” to discuss rewriting PFD statutes.

And they voted to extend the ban on legislators even talking about the PFD (or anything else) during daily Special Orders. If your legislator is a participant in this, please reach out to them.

The legislators currently holding the PFD hostage are: