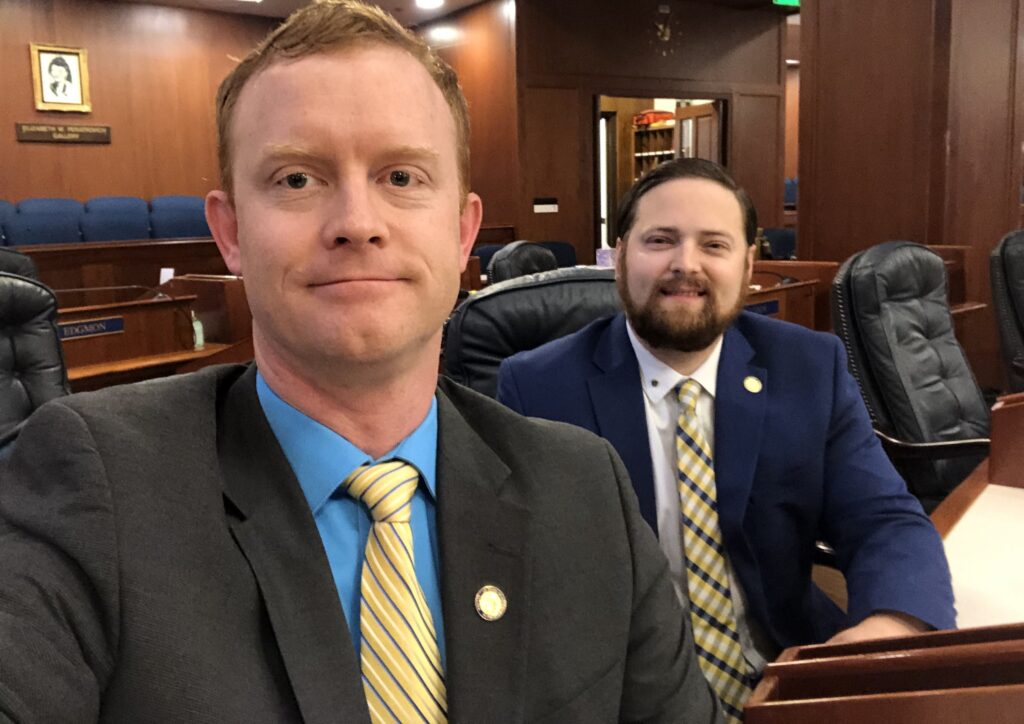 (Present for the scheduled floor session of the Alaska House of Representatives at 10am on Tuesday, August 24th 2021)

This morning’s absence was all the more notable because, less than 24 hours before, the Alaska State House had voted, at the request of House Democrats, to postpone yesterday’s floor session to today at 10am.

Legislatures are to be deliberative bodies. They meet. They discuss. They vote. It’s what they do.

Fundamental to our constitutional form of government is the notion that when the debating is done and the votes are cast in good faith, the outcome of the vote is upheld by all. This is the second time in less than a week that Democrat legislators have publicly announced their intention not to honor the outcome of an official vote taken on the floor of the state house.

Notice, Democrats are not arguing that the vote was improper, or that the votes were counted incorrectly, or that they did not in fact support the outcome of the vote at the time. They are simply signaling their intention to no longer be bound by it.

By not honoring the outcome of the vote, these Alaska legislators have violated the authority granted to them under the Alaska Constitution. Showing up to work at the appointed time is a small thing, but Alaskans have been fired by their employers for this very reason. If you can’t get that right, employers are right to be concerned about your ability to perform the more difficult tasks you were hired to do.

It would have taken very little time to pause whatever important meetings were taking place elsewhere in the capitol building to attend the scheduled floor session. A vote can be taken to postpone the session to later in the day, or to another day. This is not a high bar, but it does maintain the public trust.

Had Democrat legislators done so, members of the public tuning in to this morning’s floor session would have been able to see their elected representatives at work, even if only for a short time. Instead, the public saw nothing, because there was literally nothing to see, and no notification about when there would be something to see.

By delaying to move the capital, and refusing to attend sessions called elsewhere in the state, Alaska legislators have put more than 500 miles between themselves and most of the Alaskans they work for. More than 95% of Alaskans are unable to drive to the capital. Following what goes on in the legislature in Juneau is not easy. Legislators make this even more difficult by announcing a televised floor session for one date and time and then instead holding that session at another date and time.

The requirement for the legislature to meet daily at 10am is unambiguous. It is available to the public in the Uniform Rules of the Alaska Legislature, which are Constitutionally mandated by Alaska’s Constitution:

“Each house shall convene daily, except Sunday, at 10a.m., unless otherwise ordered by a majority vote of the members present.”

It is time that Alaskans insist that their legislators follow this basic requirement.

Only after addressing the basics can we have any hope of solving the much more complicated problems that confront us as a state.

The house legislators in green are the legislators who voted to install the current Democrat leadership of the Alaska State House. It is with their votes that this leadership maintains its power and continues to set itself above state law and the requirements of our state constitution. You can reach out to them by phone here. 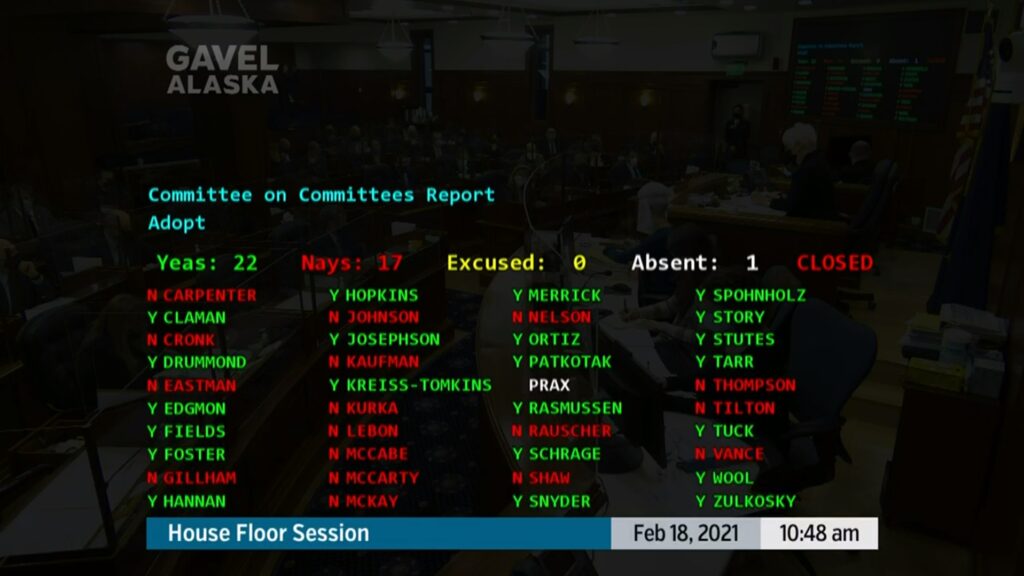 (Legislators in green gave control of the Alaska State House to the Democrat-led majority on February 18, 2021)