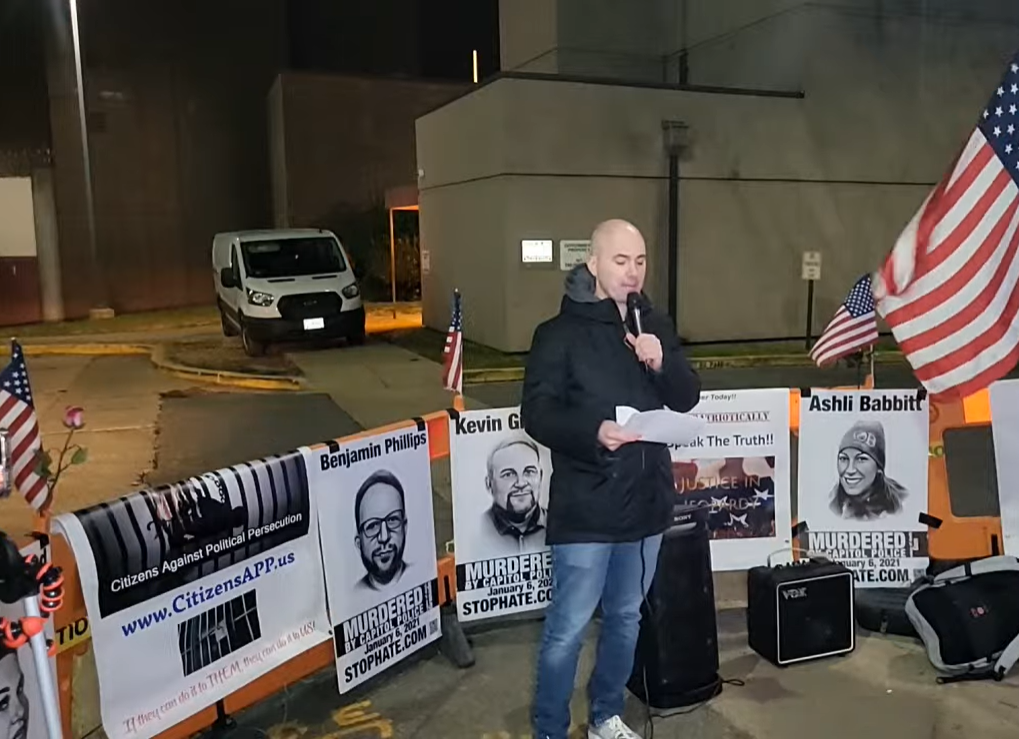 On October 1, 2021, Dinesh D’Souza said the quiet part out loud when he wrote: “I wonder if history will view January 6, in retrospect, as America’s Tiananmen Square. Desperate protesters seeking to have their voices heard. Vicious government crackdown and prosecution. No dissent policy enforced across society via mass censorship and one-party media”.

I wonder if history will view January 6, in retrospect, as America’s Tiananmen Square. Desperate protesters seeking to have their voices heard. Vicious government crackdown and prosecution. No dissent policy enforced across society via mass censorship and one-party media

Journalist Taylor Hansen recounts a more up front view of what happened that day on his thread here:

I’ve covered riots across the country, but I have never seen people brutalized by the State the way they were on the 6th.

I never stopped talking about January 6th because it would morally be the wrong thing to do after the number of horrors I witnessed. —

Unfortunately, that brutality did not end on January 6th. Apparently, burning police cars and local businesses in an MPP (mostly peaceful protest) is to be tolerated, even applauded, as “democracy at work”, but venturing to the capitol building on January 6th earned hundreds of Americans a prison sentence, whether they engaged in violence or not. Democrats in Congress, unsatisfied by the 950 arrests reported by the DOJ, recently added more than $200 million in funding for additional arrests and prosecutions stemming from January 6th.

To mark the tragedy, the White House handed out awards today to individuals like former Arizona House Speaker Rusty Bowers, for working to ensure that Arizona’s electoral votes would be counted for Biden on January 6th, and Ruby Freeman, who scanned ballots as an employee of Stacey Abrams’ temp agency Happy Faces.

But my thoughts today were not of Rusty Bowers or of Ruby Freeman. Tonight, I journeyed, along with hundreds of others, to the DC central detention facility. Like so many others, I was there to keep faith with those who committed no violence on January 6th, and yet remain in prison. On my last trip to D.C., I had the privilege of singing the national anthem with several of the J6 prisoners. As on so many nights over the past two years, at 9pm the national anthem was sung from both outside and inside the jail. 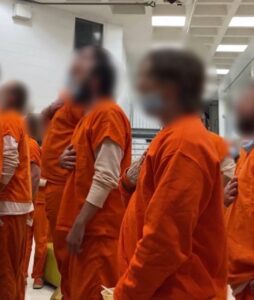 David Clements, one of the speakers at tonight’s vigil, mentioned The Prisoner’s Record, where the names of more than 900 Americans being prosecuted over January 6th were recently posted.

Some, like former Green Beret Jeremy Brown, were imprisoned though they never engaged in violence with police, and never set foot inside the capitol. In Brown’s case, he even rescued a woman that day. Brown’s political crime appears to have been that he declined to be a federal informant in the weeks leading up to January 6th, and later released video of the event, which embarrassed Christopher Wray and the FBI. Like so many others who have become political targets of the Biden administration, Brown’s home was raided by the FBI.

The website American Gulag chronicles the story of Brown and hundreds of others.

Absent from that site are the names of countless Americans who experienced political persecution simply for being in D.C. on January 6, 2021.

This evening bore neither the jovial atmosphere of my arrival in D.C. two years ago, or the shock as I left. As I watched the 14th round of voting for Speaker of the House tonight with a group of others from the vigil, I was reminded of Sir John Harington.

It was Harington who observed in 1612: “Treason doth never prosper: what’s the reason? Why, if it prosper, none dare call it treason.”

Those who ventured to the D.C. Jail tonight are among the number of those who continue to speak truth to power when it comes to The Real Story of January 6. Like the tragedy of Tiananmen Square, it’s a story that the current regime cannot abide. Insurrection is a crime. It’s also a crime to try to overthrow the government. Over the last 24 months, how many times have you heard the White House use the word “insurrection” to describe January 6th, despite no one even being charged with the crime of insurrection? How many times have you heard that someone or other tried to overthrow the government on January 6th, despite no one ever being charged much less convicted of that crime?

Even so, it is a political truth today that there was a Republican-led insurrection on January 6th. This is designed to lead to the next political truth, that any official who questioned the integrity of the 2020 election (i.e. any Republican official to the right of Liz Cheney) should therefore be expelled and permanently barred from public office for life. Remember, a former director of the CIA already declared publicly that the Republican Party is the most dangerous political force in the world. In other words, “The heck with dismantling ISIS – It’s the Republican Party that must be dismantled!”

How do I know this?

My family just spent more than a quarter of a million dollars doing battle with these ‘political truths’ and defending the right of voters in my district to vote for a candidate that the Left has labeled a threat to Democracy. The Alaska Democratic Party declared me unfit for office and demanded that I be expelled, and a radical law firm then brought in an Anchorage judge to somehow make it all legal. At first they argued that I was in D.C. on January 6th and needed to be expelled because of that. Then they argued that I had joined Oathkeepers in 2010. Then they went back to arguing that by attending Trump’s speech on January 6th I was guilty of insurrection.

After a two-week trial, we were successful in defending the right of Alaskans in my district to have their votes counted over and against the protests of the Alaska Democratic Party. Despite the welcome outcome, as they intended, this battle has been truly exhausting for my family, both physically and also financially. Even so, the idea of forfeiting these rights was even more terrifying. If you can help us find the funds to cover our legal expenses we would be truly grateful.

Even so, the challenges our family is currently facing do not compare with the families of those who lost loved ones on January 6th or whose loved ones still remain behind bars today because of January 6th. Americans must never forget these men and women and their families. As Taylor Hansen declared exactly one year ago today, “I never stopped talking about January 6th because it would morally be the wrong thing to do after the number of horrors I witnessed.“