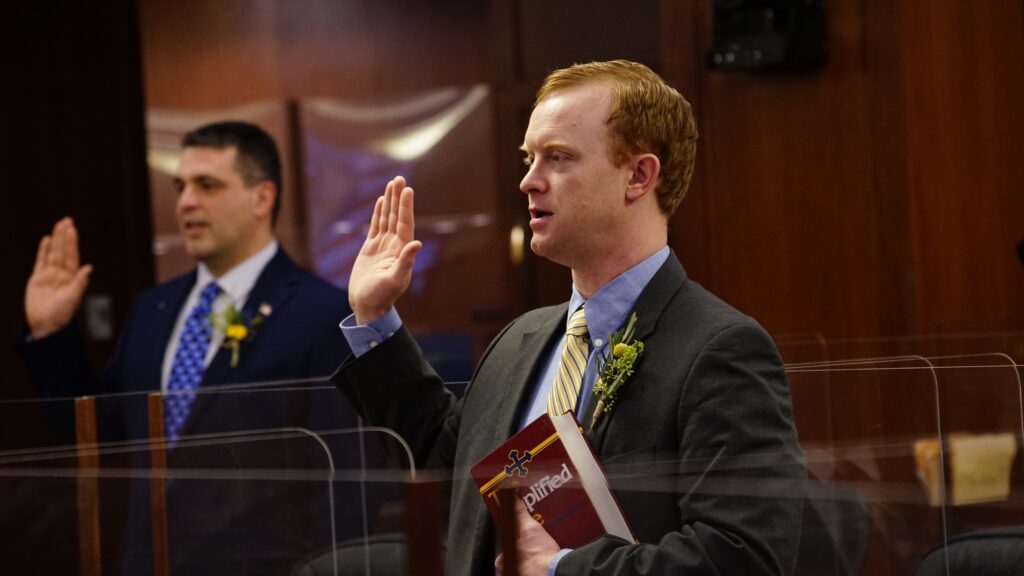 To each and every Alaskan I am privileged to represent in the Alaska State House today:

As your representative, I refuse to step aside and throw the law-abiding members of Oathkeepers to the Cancel Culture wolves. While those who break the law should be prosecuted, I refuse to condemn the more than 30,000 military veterans and first responders who have served our nation honorably, have never advocated for violence and, like me, would have intervened to stop the violence on January 6th if they could have. I refuse to say that these men and women are bad for joining an organization whose only requirement for membership is a commitment to honor the oath that we have each taken as public servants to support and defend the constitution.

I refuse to dishonor the memory of military veterans like Ashli Babbitt who served our nation honorably and intervened to stop the violence and destruction of property at the Capitol on January 6th. Some may condemn her. I will not.

In any organization of size you will have those who would tarnish the reputation of the organization if they could. While my connection with Oathkeepers is a slight one, having applied for membership more than a dozen years ago and never attended a meeting, it does associate me with individuals like Ray Epps. I hope that Mr. Epps has redeeming qualities. I just don’t know what any of those qualities might be. I don’t consider some 30,000 veterans guilty by association because of men like Ray Epps. As a veteran, I didn’t join Oathkeepers to associate with men like him, but with the vast majority of my fellow veterans who continue to honor their oath to the Constitution “and the Laws of the United States which shall be made in Pursuance thereof.” I will continue to associate with those veterans if they will continue to have me, and I also welcome the creation of other organizations to meet the growing need to bring together veterans and public servants to honor the oath that they have taken to the Constitution.

No matter how many Democrat legislators (or legislators like Speaker Stutes, Democrats in all but title) threaten punishment, I refuse to participate in the Cancel Culture currently threatening to consume the Alaska Legislature. To cancel and punish and threaten to evict our fellow lawmakers is to cancel and punish not just them, but the thousands of Alaskans whose voice they carry into our state capitol.

I will continue to carry that voice to the best of my ability. I am well aware that the Left currently uses punishment and threats to discourage conservative legislators from more ably representing the voices of the voters who elected them, both on committees and on the floor of the House of Representatives. I will not sacrifice or diminish the voice of my constituents for the sake of either personal comforts or inducements at the hands of my Democrat colleagues. The Alaska Constitution gives to the people of Alaska the right to recall their elected officials. As legislators, we should not presume to exercise that right for them or threaten our fellow legislators that we will do so. These threats must end.

If my continuing to stand and represent the good people of my district in the face of such threats is what finally brings them to an end in the Alaska House of Representatives, so be it. At West Point, we were taught, and I taught others, that if we were truly willing to lay down our life for our country in combat, then we should also be willing to be fired for it. Indeed I am.

I have not been one to idly call for the resignation or firing of anyone. But I will say this to my fellow legislators of both parties:

Through Cancel Culture, Critical Race Theory, the continued assaults upon the integrity of our elections, and the on-going violation of our national borders, the Left is on a mission to tear down this country brick by brick and statue by statue. Today, the Left, in the form of the Party for Socialism and Liberation, is leading a public campaign to overturn my election, this despite the Division of Elections certifying to all that I received more votes in my race than any of my fellow legislators in the House of Representatives who faced an opponent in the last election.

The time for hesitancy and indecision has passed. The future of our state and our nation require that we go toe to toe with the Left in each of these arenas and many others. If you are not willing and able to do so in the legislature, please step aside so that others can take your place who will. The future of our country is worth more than an easier path to winning re-election. Know that when you honor your oath you will have my support. I will not throw you to the wolves for honoring your oath, just as I would not abandon my fellow veterans for seeking to honor theirs.

Stand With Alaskans in the Mat-Su Valley | Sign Our Petition