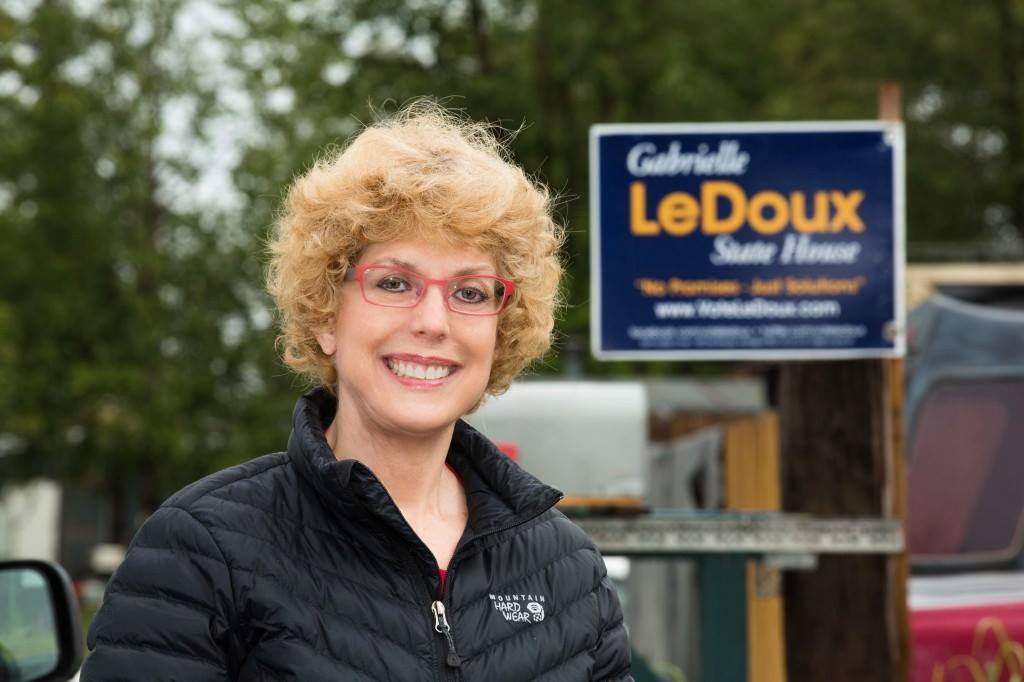 The news two weeks ago that a state legislator is being criminally charged with election law violations has inspired the expected reactions of outrage and anger, as public figures try to distance themselves from the charged legislator. But in our post-Kavanaugh, call-out culture, that desire to distance themselves has inspired some legislators to murmur about whether or not legislators really should be “innocent until proven guilty”, and whether it might be politically beneficial (to them) to just skip the trial, and sentence the legislator based on charges alone.

After all, they argue, what’s the harm in dropping the ax on a single legislator whose behavior got them cross-wise with a prosecuting attorney?

To those who want to expel Rep. Gabrielle LeDoux from the legislature, I have two words. Ted Stevens.

Remember what they did to him? Love him or hate him, it’s important that we not forget what actually happened, because those shouting for Rep. LeDoux’s immediate punishment clearly have.

It’s also important that we stop for a moment and remember what American scholar H.L. Mencken had to say as he critiqued some of the truly brazen political figures in Baltimore in his day:

The idea that we can purify society through cancel culture is tempting, at least to those who haven’t looked down that road a ways and observed the broken bridge you have to cross to take it to its logical conclusion.

The Constitution is fraught with chasms of various kinds. They aren’t a design flaw. They were put there on purpose to slow down every attempt of mob rule to prevail in America. Some call it pure democracy. The founders more often referred to it as mob rule; the idea that the majority should get whatever they want immediately, simply because they are the majority.

That’s not the kind of country America wanted to be, and we are very fortunate today that America’s Founders were united in that conviction.

Ted Stevens
How many Democrats were calling for the resignation or expulsion of Sen. Stevens during the lead-up to the 2008 election?

How many Republicans were calling for Stevens to resign, or promising that he would face “certain expulsion” from the senate if he did not?

If you’re a Republican, or a Democrat, I hate to remind you that John McCain, Sarah Palin, Jim DeMint, and Barack Obama all called publicly for Stevens’ resignation. Sen. Mitch McConnell (now top dog in the U.S. Senate) even went so far as to say that if Stevens’ did not resign, “there is a 100% certainty that he would be expelled from the senate“.

Remember, this was six years before Roll Call published the story: “Recalling the Injustice Done to Sen. Ted Stevens“. That chapter of the story hadn’t been written yet. It was an election year, and most politicians, Democrats and Republicans alike, wanted to be as far distanced from Ted Stevens as they could, so that the heat he was taking didn’t spill over and hurt their election (or re-election) chances.

Let’s remember: He was indicted. He was convicted. Eight days after his conviction was announced he narrowly lost his re-election and we got Mark Begich to represent us in the US Senate for the next six long years. That’s how we got Obamacare. By one vote. Mark Begich. Starting to ring a bell?

It’s a logical argument to point out that we got Obamacare in America, in part, because Republican and Democrat politicians alike lacked the courage to seek real justice, and heaped scorn and ridicule on a U.S. Senator, which caused him to lose an election over something that he wasn’t actually guilty of.

Of course, the lie couldn’t hold for long. After he lost, it became clear that his conviction was a fraud. One of the prosecutors on the Stevens’ case even committed suicide after the truth came out.

At that point, there was probably more grounds to expel Begich (as the recipient of a fraudulent election) after the election, than to expel Stevens in the week before the election, even though Stevens was the one who had been convicted. Note: I’m not saying that Begich should have been expelled. What I am saying is that the senate—100%—has the right to defend itself against unconstitutional encroachments by the executive branch.

Now, that is an entirely different reality than one in which legislators seeking to bolster their own re-election chances pressure a fellow legislator to resign, or coerce that legislator’s behavior under threat of expulsion, for their own political agendas. Lest anyone be worried about the legislature expelling LeDoux’s opponent next year, the latter is the far greater risk in Juneau today. I know it, because I face that same coercion from fellow Republican legislators every single day, and I’m not looking down the barrel of state criminal charges. It’s not hard to imagine the coercion LeDoux is facing today.

That’s Juneau today; a coercion-laden swamp that can’t imagine operating any other way than coercing legislators to abandon their convictions, their conscience, and their constituents. It’s how we “get things done”.

But this independence all takes place within the context of Art. 1, Sec. 7: “No person shall be deprived of life, liberty, or property, without due process of law. The right of all persons to fair and just treatment in the course of legislative and executive investigations shall not be infringed.”

The framers specifically called out “legislative investigations” as especially deserving of due process. That is a good thing. If politics is going to crop up anywhere, it will certainly try to crop up there.

LeDoux should get the same fair shake that many of us wish Ted Stevens had gotten.

As a citizen she is entitled to due process in the court system. As a legislator, the 18,049 Alaskans she represents are entitled to due process for their representative in the legislature, without interference from the executive branch (e.g. Division of Elections and Department of Law) or the judicial branch (e.g. unjustified convictions published one week before an election, as took place in Sen. Ted Stevens’ case).

Every legislator (indeed every Alaskan) deserves due process, guaranteed by the Alaska Constitution, and I will defend their right to due process, even legislators working their hardest today to preserve the swamp, Republicans as well as Democrats.

Now, I’m certain someone will mistake my defending a fair shake for LeDoux as some kind of proof that I’ve surrendered to the swamp and embraced the lifestyle of a swamp denizen. To those unfamiliar with the history, I would simply point out that I was the only legislator to publicly confront LeDoux’s and Seaton’s questionable financial transactions through their PAC’s.

I was also the only legislator to publicly confront LeDoux’s improper giving of campaign fundraising advice on the House Floor, for which I later lost my seat on the Ethics Committee.

H.L. Mencken had it right. We can’t defend due process only when it’s convenient or comfortable, otherwise we will lose it entirely. It’s for the least popular among us that we must defend due process, if we are going to defend it at all.