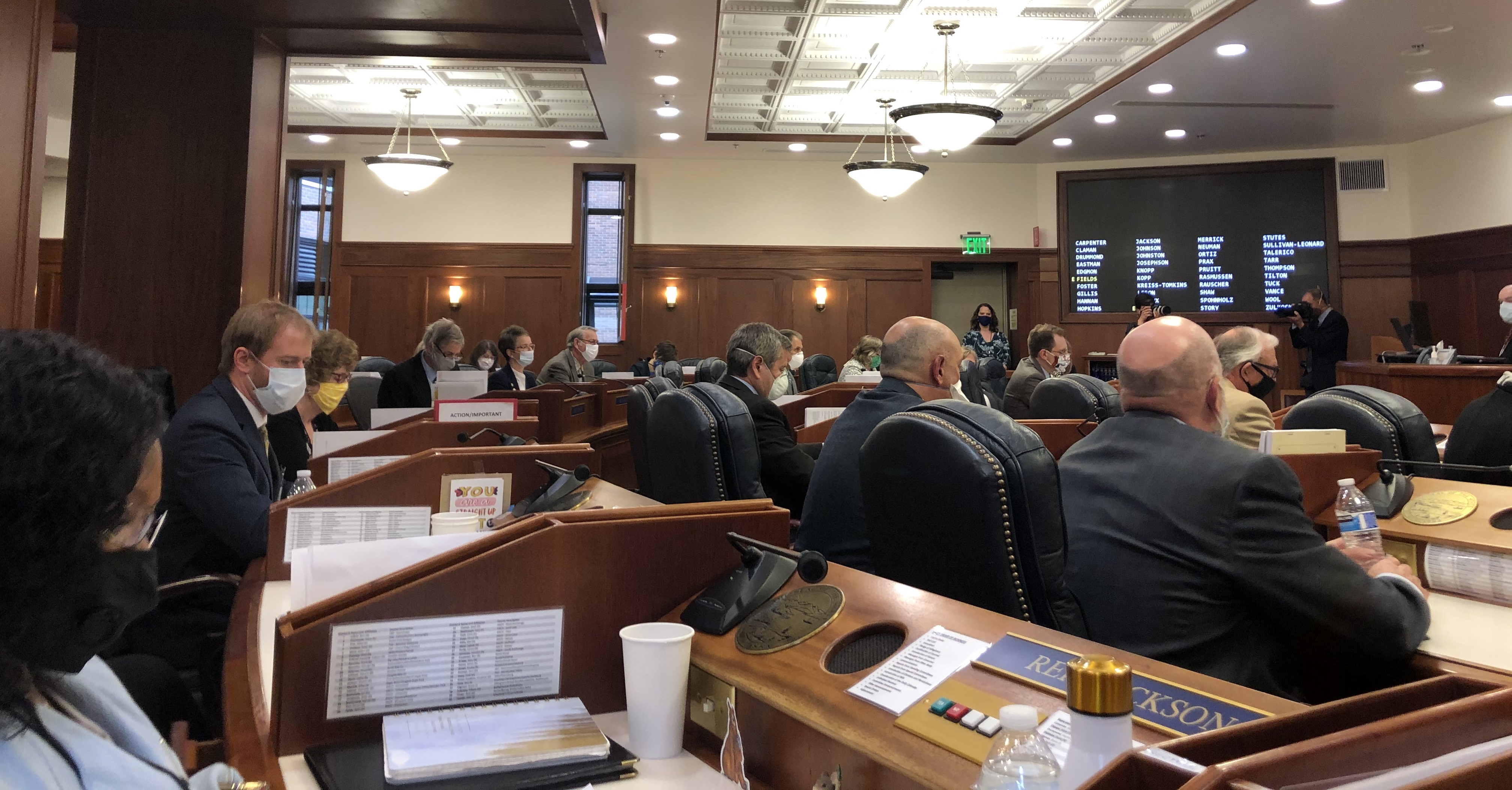 It wasn’t the sharp drop in the price of oil or the sudden drop in all major sources of state revenue that inspired legislators to return to Juneau—and they aren’t there to deal with this year’s or next year’s budget deficits (both of which are expected to be in the billions).

For any legislators looking to cut the state budget, the drop in oil prices to -$37.63 per barrel last month certainly provided it. Lawmakers in other states have scrambled to cut budgets in response to the pandemic. Not so in Alaska.

Legislators didn’t converge on Juneau today to reduce the budget. They flew to Juneau because they are being sued for depriving Alaskans of their right to see a public vote on a large spending bill.

The official reason that fifty-six legislators are in Juneau today is to formally appropriate federal COVID relief funding in response to a state lawsuit. The lawsuit, filed by Juneau resident Eric Forrer, challenges whether Alaska’s $1.5 billion in federal funding to battle COVID-19 has been constitutionally appropriated by the legislature.

And yet, today came and went without a single appropriations bill being introduced in either the house or the senate. Lawmakers met today, but no votes were taken. If all this has you scratching your head, and wondering why you paid for legislators to fly back to Juneau this week, you are not alone.

Here’s why legislators can’t bring themselves to appropriate the funds, even with many Alaskan businesses currently teetering on the precipice of bankruptcy.

Legislators just spent the last two months back home hearing from constituents, many of whom were quite upset that their legislators voted to spend more than 78% of Permanent Fund Earnings on state government this year, leaving less than 22% for this year’s PFD.

As you might expect, some of the 35 legislators who voted to cut this year’s PFD are less than enthusiastic about the prospect of voting to cut the PFD again if the issue is brought up for a vote this week. And if legislators vote on an appropriations bill for COVID-19 funding, the issue will certainly come up.

Senators Lora Reinbold and Mike Shower and I put forward amendments to pay a full PFD the last time legislators met, and I’m certain there are many other legislators willing to do the same today.

In an effort to avoid voting on an appropriations bill, Rep. Chuck Kopp has put forward HB313 and Senators Stedman and von Imhof have put forward SB243, on behalf of their respective committees.

If this all seems strangely familiar, you may be recalling this same time two years ago when the legislature passed HB331 to sell $1 billion in debt bonds while at the same time defining them as “not debt”. That legal fiction was needed in order to prevent Alaskans from exercising their constitutional right to vote on such public debts at the ballot box. Article IX, Section 8 of the Alaska Constitution provides that “No state debt shall be contracted unless…ratified by a majority of the qualified voters of the State…” (See ADN Article: Tax Credit Fiasco Shames Alaska).

The parallels don’t end there. Eric Forrer filed suit against the legislature for that piece of legal fiction as well (that case also continues to work its way through the court system).

Legislative leadership has made a habit of substituting political expediency and legal gymnastics for free and open debate. In doing so, they have made a mockery of the deliberative legislative process. Unfortunately, the consequences of such policies all too often fall on the backs of those least able to bear them.