Frank Capra, the beloved film director who brought us “It’s A Wonderful Life”, “Mr. Smith Goes to Washington” and other American classics, once made a series of short documentaries specifically aimed at newly-recruited American soldiers during World War II. The series was called “Why We Fight“. You can find it on Netflix, or for free on YouTube, compliments of the National Archives.

It’s worth watching. It has been a long time since 1942. Many Americans have forgotten why we fought, or were never told.

Yesterday, I asked my fellow legislators if they continued to support The Nuremberg Code, adopted by the United States during the Nuremberg Trials of Nazi war criminals at the end of World War II. The code articulates the ethical principles that must be followed whenever a medical experiment is  conducted involving human beings. It was this code of ethics that the court relied upon in condemning Nazis for crimes against humanity (Note: It is sometimes forgotten that most of the Nazis executed at Nuremberg were medical doctors who had overseen inhumane medical experiments).

The question I placed before my fellow legislators was this: 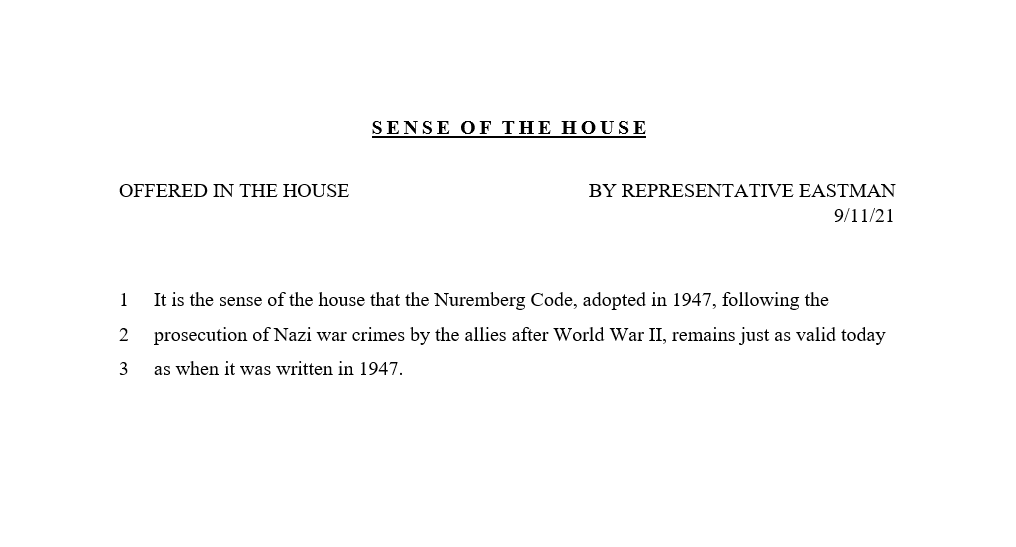 At the same time I put this question before the legislature, I also distributed to each legislator a copy of the Nuremberg Code for reference (you can select the image above to see what each legislator received).

One of my Democrat colleagues in the legislature believed that in putting forward the Nuremberg Code yesterday I was attacking medical experiments, and therefore attacking science. In response to my comments and the comments of Rep. Vance, my Democrat colleague felt obliged to stand up and defend the scientific method and point out that the Nazi experiments yielded data that has benefited Americans.

I don’t doubt that there were many things learned from the Nazis, but the advances they made in rocketry cannot redeem the retreats they championed in their inhumanity to non-Aryans. Both were scientific. I need not say more.

If we are to learn anything from the crimes against humanity perpetrated by the Nazi regime, surely it must be that devotion to the scientific method offers us no protection from man’s inhumanity to man. Without sound medical ethics, the scientific method can just as easily be used to destroy humanity as to help save it. It is for this reason that the Nuremberg Code is such a valuable resource for us today.

But many of my Democrat colleagues aren’t prepared to affirm the lessons that mankind learned at such great cost during the Second World War.

When it came to a vote, seventeen of my fellow legislators (all Democrats, as well as two Republicans) voted to kill affirmation of the Nuremberg Code rather than let it move forward. Those shown in green voted to kill it by blocking debate and sending it to a committee that has no scheduled meetings before 2022. If your legislator’s name is shown in green, you might ask them about this vote. 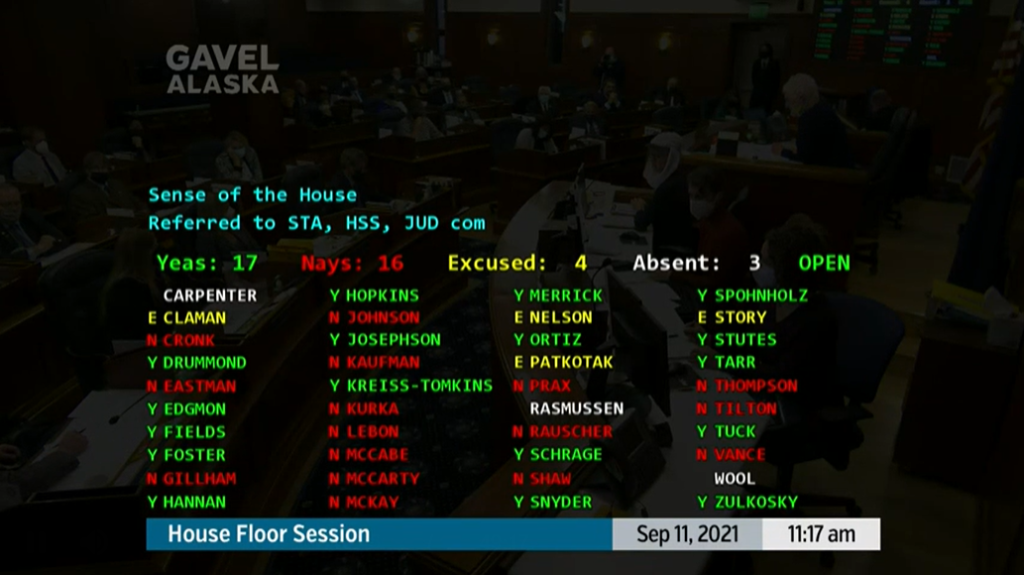