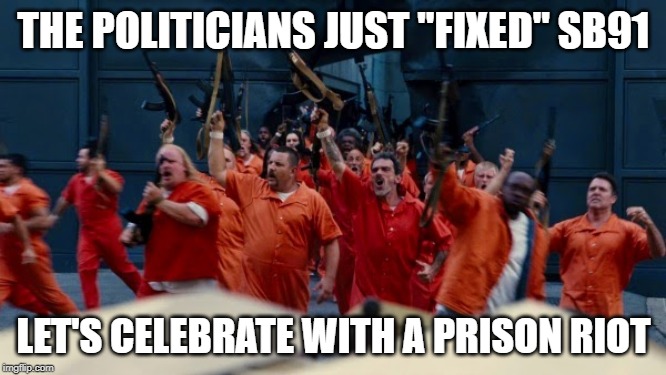 While lawmakers decided not to repeal portions of SB91 today, inmates in Alaska’s maximum security prison in Seward decided to hold a 10-hour prison riot.

The irony was palpable.

The inmates succeeded in causing $100,000 in damage to the prison the very same day that supporters of SB91 preserved their “experiment” and criticized the governor’s criminal reforms as being ‘too extreme’.

In the end, we came five votes short; five votes short of being able to repeal core pieces of SB91. That means that voters in the last election, many without knowing it, sent 22 legislators to Juneau to protect SB91. And protect it they did.

Most of those in Juneau were willing to nibble around the edges in an effort to be seen as “tough on crime” this year, but anytime we got close to repealing a core tenant of SB91, those who helped write and pass SB91 succeeded in defending it.

Take for example the unthinkable proposal that some Alaskan inmates be required to serve half of their sentence before they automatically become eligible for parole.

When we put forward that proposal today, 23 legislators voted instead that inmates should become automatically eligible for parole when they have served one-third of their term of imprisonment. Here is how the votes fell:

Those in red voted for parole at 1/3 time served. Those in green voted to reserve parole for those who had served half their sentence. 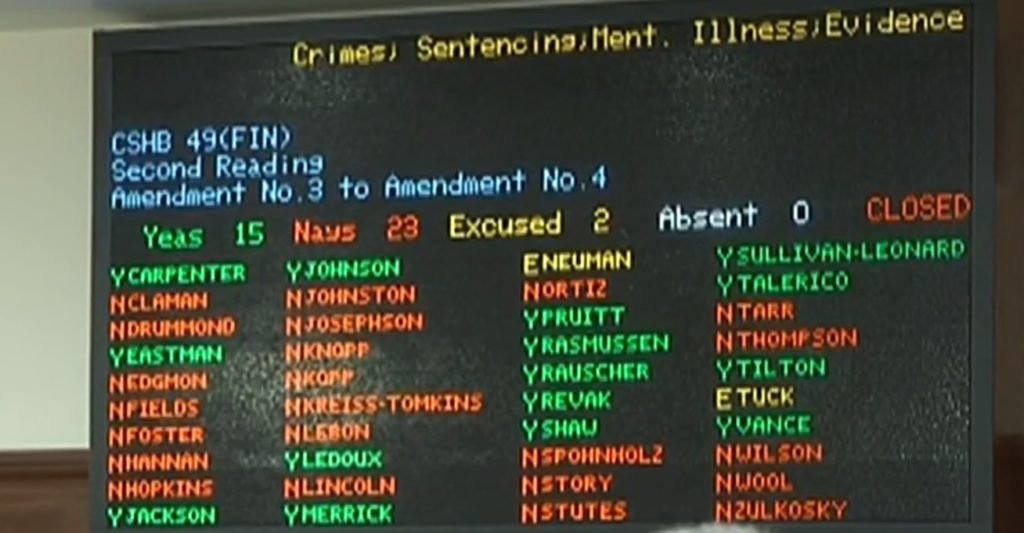 Or take the vote to return HB49 to the version introduced by Governor Dunleavy before the Pro-SB91 crowd watered it down to such an extent that it became an entirely different bill. The vote to go back to the original bill (minus the section that dealt with involuntary commitments) was 15-23, with 23 legislators preferring the watered-down version:

Is it any wonder the inmates are celebrating today? 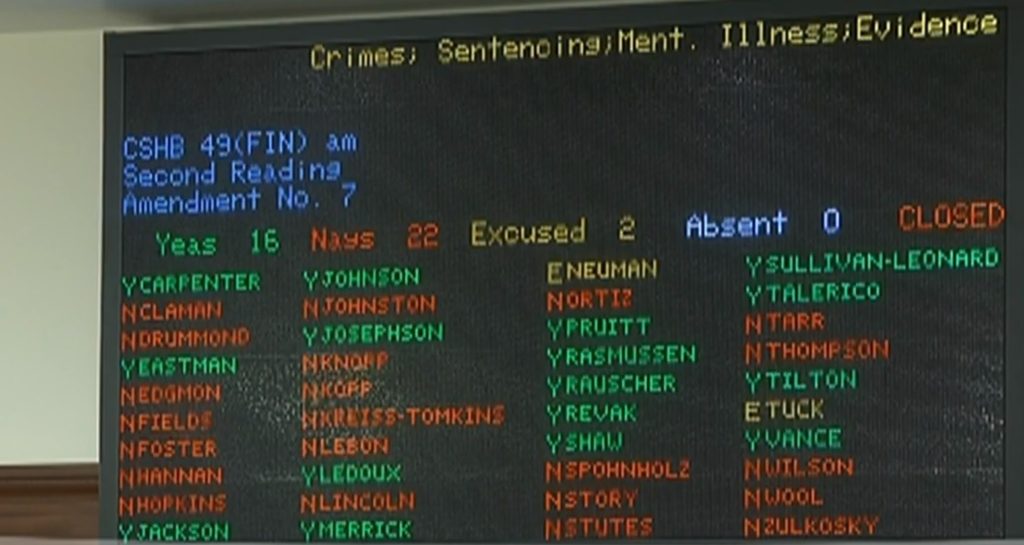