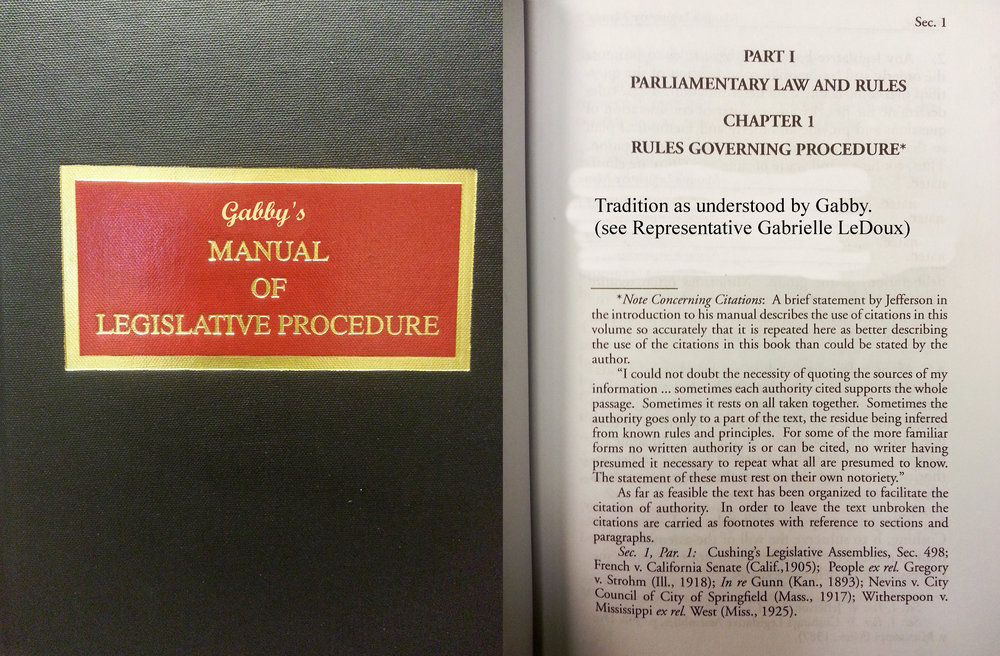 Whenever a politician comes asking for a pat on the back, make sure you’ve got a tight grip on your wallet. And then remember that everything you’ve heard about unscrupulous politicians…is often just the tip of the iceberg.

On Wednesday, Alaska’s House Democrats showed the public a rare behind-the-scenes glimpse at the smoke and mirrors performance that professional politicians so often like to dazzle voters with.

Leading up to the vote, House Democrats had voted repeatedly not to authorize distribution of the full PFD. In fact, they blocked every effort we made this year to restore last year’s PFD, and also blocked every effort to protect this year’s full PFD as well. Now they want a pat on the back for voting to “save the PFD”, even after voting consistently to spend a huge chunk of the dividend on state government.

Here is what took place on the House Floor during Wednesday morning’s legislative session:

At 10:24am, House Democrats, led by Rep. Gabby LeDoux, wanted a pat on the back so they momentarily joined our fight to protect this year’s PFD. They offered, word-for-word, the same amendment that I had written two days earlier. The amendment passed, with a majority of Republican support.

However, Democrat support for the PFD was extremely short-lived. At the same time I wrote the amendment to protect this year’s PFD, I also wrote an amendment to restore last year’s dividend. Moments after passing the first amendment, Democrats did an about-face and immediately began trying to find a way to avoid voting on my second amendment.

Unfortunately for them, the amendment had been submitted and accepted by the clerk even before they presented their “save the PFD” amendment, and it was an amendment to the very same bill that they had just added an amendment to only moments before. They were obligated to vote on the amendment and every one of them knew it.

However, Democrat support for the PFD left as quickly as it came, and by the time my amendment was before them, support for the PFD was already gone. But they also realized that the public would immediately see the sham for what it was if they voted against the PFD only moments after voting for it.

Having painted themselves into a corner, they turned to their House Rules Chair, Rep. Gabrielle LeDoux, as they had done on so many previous occasions when faced with having to take an unpopular vote. True to form, Rep. LeDoux obliged them by once more creating a “tradition” out of thin air that would forbid them from voting on whether or not to restore last year’s dividend.

You can watch the discussion on Gavel to Gavel.

The farce was laid bare for all to see, and the plan to hide behind this “tradition” was formally appealed as a disservice to the legislature. Even Republicans who steadfastly support taking the dividend acknowledged the farce for what it was and voted against it. Even so, every member of the Democrat Caucus charged head-long after Rep. LeDoux, voting 22 to 18 to bind the legislature with this “tradition” and thereby forbid us from being able to vote on whether or not to restore last year’s dividend.*

The House Democrats who cast their votes in favor of Gabrielle’s Rules of Parliamentary Procedure were:

Lest any Alaskans be left with the impression that the Democrat’s final word was to save the PFD, it should be pointed out that they later voted as a group, 22 to 18, to add an 89-page mystery amendment to the same bill. They then sent the 170 page, $12 billion mystery budget to the senate on Thursday night just prior to the legislature’s midnight deadline. Once they did that, their effort to “save the PFD” had better than a snowball’s chance in Jamaica of going down in flames.

*Those interested in the nuances of parliamentary procedure may find the humor in Rep. LeDoux’s escape plan from the corner into which she and her caucus had painted themselves into. In short, Rep. LeDoux determined that because a bill had been pre-filed last year to restore last year’s PFD, that the legislature could not vote to restore the PFD as long as that bill could potentially be voted on next year. If it could be voted on next year, then we should wait until next year so that the decision could be “fully vetted”.

Recognizing that the Democrats have refused for the last 155 days to hold a single hearing on a bill that was pre-filed last year, and that they have no intention of holding hearings at any point in the future, as the sponsor of the bill, I offered to withdraw the bill from the legislature prior to Wednesday’s floor vote. On any other day, a legislator would have been permitted to withdraw a bill with no questions asked. Such is the actual tradition of the legislature. However, the absence of the bill would have required Democrats to abandon the farce entirely, so my request to withdraw the bill was of course steadfastly rejected by Rep. LeDoux.