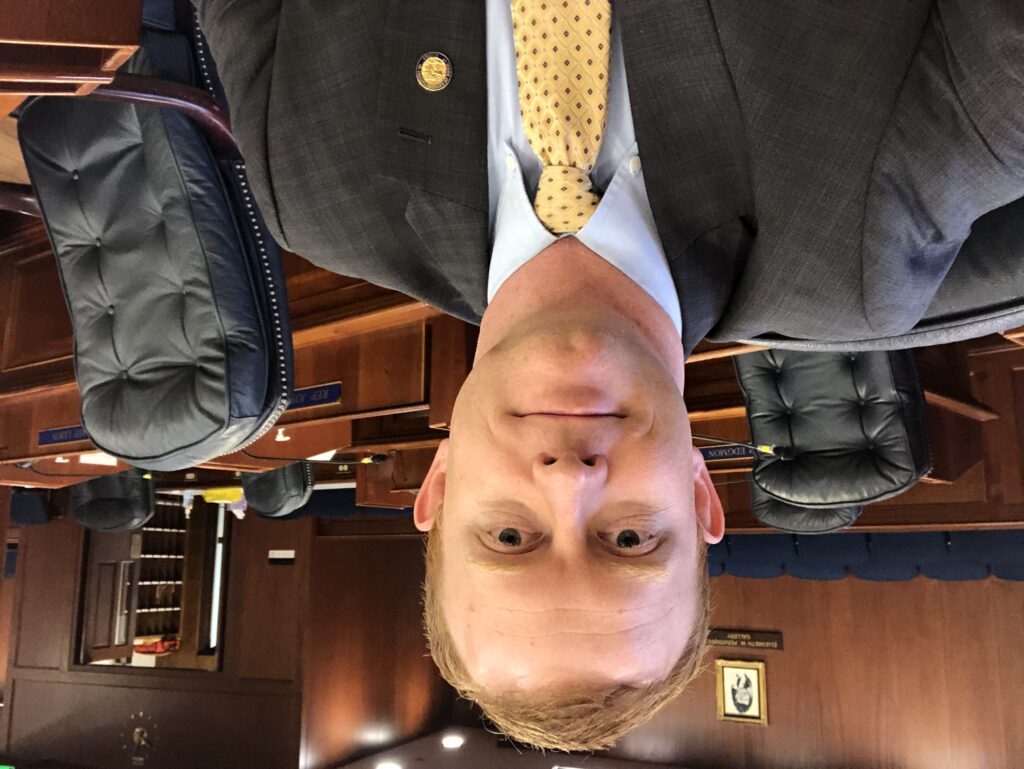 The third special session of the Alaska Legislature began on Monday, and already House Democrats have exceeded the authority granted to them in the Constitution. Democrats voted to skip Tuesday’s floor session and move it to Wednesday, and when Wednesday arrived, they failed to honor the vote that was taken, refusing to show up to Wednesday’s floor session as well. This morning, they failed to show up for the 10am floor session for the third day in a row, violating not only state law but also setting aside Alaska’s Constitution, which requires legislators to meet at least every third day unless both the house and senate have agreed in advance to another schedule.

For a more detailed explanation of the law, see: How Long Can The State House Refuse To Conduct Business?

The refusal of Democrat legislators to meet, even when required to do so by the constitution, highlights the advanced level of dysfunction currently affecting all three branches of state government in Alaska. In short, the Alaska Legislature is broken, and Alaska’s other two branches are part of the problem.

This week, House Democrats have been pressuring the governor to add a spending bill to the current special session that began on Monday. There has also been talk about legislators wanting to fish the Kenai River Classic, which began on Tuesday and is scheduled to wrap up today. The governor indicated that a spending bill is off the table until legislators first work on those items that he placed on the agenda for the current session; namely, tax increases, and constitutional amendments dealing with either the permanent fund dividend or a new state spending limit.

In response, House Democrats have chosen simply not to assemble. The state senate hasn’t exactly been busy, but (to its credit) it has made sure to hold the required floor sessions every third day in order to avoid running afoul of the Constitution.

House Democrats, on the other hand, simply sent out an email announcing that they would not be assembling, not even for a two-minute pro forma session to signal their intention to abide by the constitution.

I didn’t realize you could just “cancel” a constitutional requirement to meet.

Likewise, most state legislatures consider the outcome of an official vote to be binding on the legislature, and feel the necessity to at least hold a second vote if they wish to set aside the first one. On Monday, Democrat legislators, joined by Republican legislators Kelly Merrick, Sara Rasmussen and Louise Stutes, voted that the next house floor session would begin on Wednesday at 2pm. 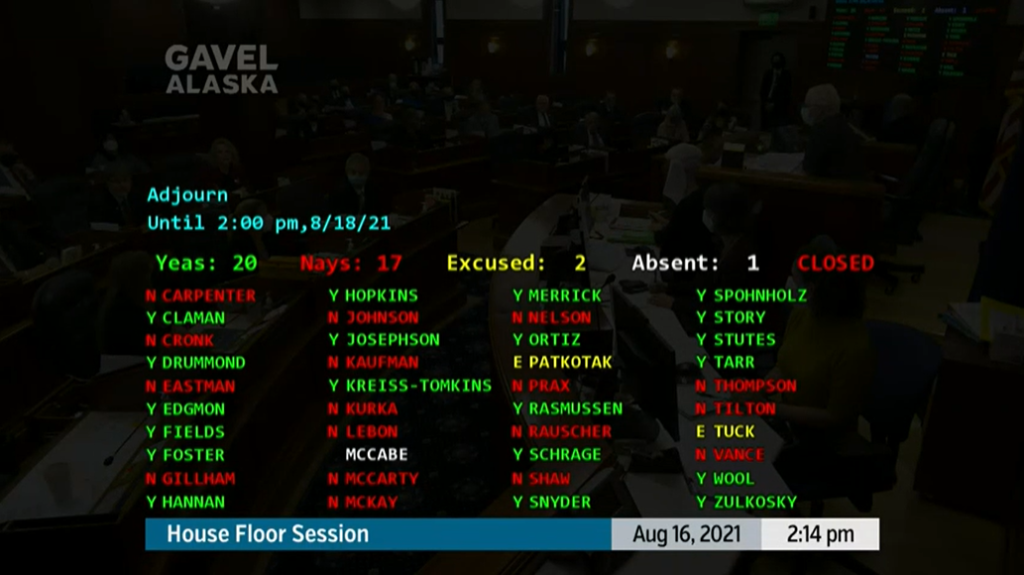 But instead of meeting, Democrats sent out another email.

How have we come to a place where constitutional requirements, state law, and official votes can simply be “cancelled” with an email?

We came to this place, bit by bit.

At Alaska’s Constitutional Convention, it was widely thought that the state house could never abuse the spirit of the Constitution by refusing to do business. Legislators would not be able to gavel out for up to three days at a time, and then gavel back in and repeat the process. The newspapers would push back; the public would push back. And yet, they haven’t. Over time, gavel in for a two-minute, pro forma “technical session”, and then gaveling back out again, has became a fairly common legislative practice.

We saw this illustrated vibrantly two summers ago, when Governor Dunleavy called the legislature into special session in Wasilla. Certain legislators didn’t want to go. They called for a vote to move the special session to Juneau. They needed 40 votes to do it. They came up short. Again they started counting noses, again they came up short. They had 39 votes. Alaska’s Constitution requires 40.

Sometimes truth is stranger than fiction.

Legislators long ago decided that they weren’t going to pay back the money owed to the CBR. In fact, rather than pay it back, they kept borrowing more, and more, and more. Today the amount owed back to the CBFR stands well north of $12 Billion.

But you won’t hear complaints about the $12 Billion owed. The complaints come from all of the upheaval caused by everything not nailed down in state finances being sucked into the CBR at the end of every year. Alaska’s state finances are something like an exquisitely arranged feast out of a Jane Austin novel. The requirement to “sweep” everything not nailed down at the end of the fiscal year, functions about as well as trying to yank the tablecloth out from under the feast. Of course, the “teeth” in the constitution weren’t designed to be used, certainly not year after year after year. I suspect they were meant to serve as a deterrent against spending money from the CBR that couldn’t easily be paid back. By not paying down the debt owed to the CBR, legislators created a second problem. Again, legislators successfully evaded the purpose behind the constitutional requirement to “sweep” available funds into the CBR each year. And now, with the help of the court, and the acquiescence of the executive branch, we can finally dispense with the inconvenient letter of the constitution as well. Henceforth, the wine will stay on the table (at least most of it), and the tablecloth will stay as well.

This is what happens when government is permitted to run amuck. First, an effort is made to evade the spirit of the law. Once that is achieved, then there is the question of whether the inconvenient letter of the law, which is likely of no useful purpose at that point, shall be evaded as well. The answer of course, is to return to following the law as intended, but that would run afoul of political interests. And Juneau, if anything, is about putting political interests over and above everything else.

It’s a convenient arrangement for both branches of government. Legislators get to misbehave in Juneau, and the court gets to run the state how it thinks best on all manner of important policy questions. By writing, and rewriting, Alaska’s Constitution, judges get the thrill of passing legislation and setting policy, but without the hassle of running for office. Perhaps you think I exaggerate. If so, tell me how many times the legislature has put its foot down in opposition to one of the court’s many unconstitutional opinions in this state? How many times has it reined in the courts when they have exceeded their constitutional authority?

I rest my case.

This is the Alaska Legislature in 2021. It’s broken. It can’t fix itself, and the other branches of government certainly aren’t going to fix it. You, the concerned Alaska citizen, are the only solution. You are the only one who (might) put your foot down.

If you don’t, the news stories about leg-wrestling, beer pong, refusing to move the capital, refusing to dispense the PFD, and other legislative indiscretions…will continue.