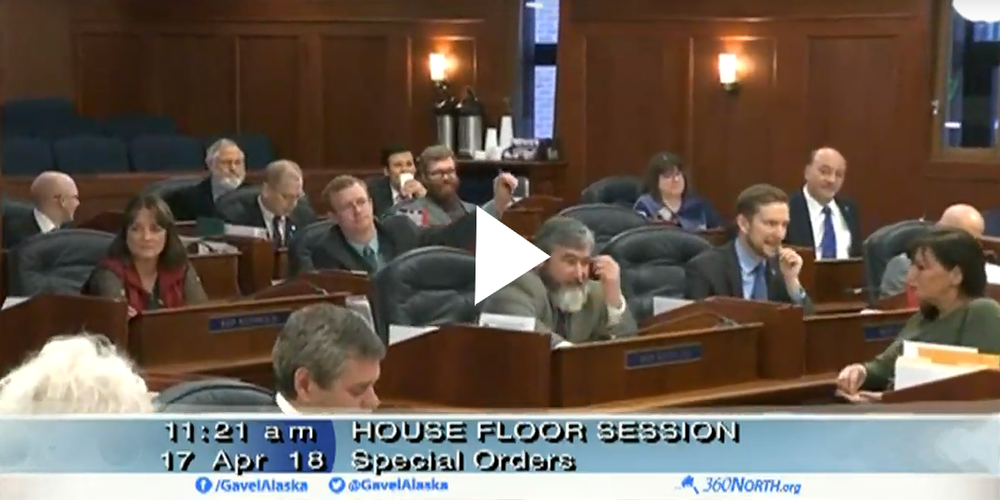 While the end of the 90-Day session went largely unremarked in Juneau over the weekend, the fact that we are so late in the session is, predictably, now being used as an excuse to rush bad bills through the legislative process while we continue to remain in Juneau.

I say “excuse”, because this excuse is being used by legislators to avoid public testimony and public criticism on bills for which there is no obvious or urgent need, and to circumvent the normal vetting that a bill is expected to receive.

Don’t look behind the curtain folks. Just know that exceeding the 90-Day Session has become a critical part of the game, because if we ended before 90 days, there are a good many bad bills that would never make it through the process, and legislators know this long in advance.

Accordingly, legislators have become dependent on exceeding the 90-Day deadline each year, in order to use the legislature’s own tardiness as an excuse to bypass the normal vetting process their bills would otherwise have to survive.

Despite the spin, there continues to be no sense of urgency in Juneau today. House legislators assembled to conduct business today, but the entire session lasted less than 50 minutes, and half of that time was spent by the powers that be simply trying to prevent my being able to speak against the motion to rush things through. The comedy never ends. (Note: Those watching this morning’s floor session will doubtless be wondering what it was they spent half the session trying to keep me from saying. In anticipation of questions, I have included a brief summary at the very bottom of this article.)

On Friday night, the policy requiring normal public notice for committee meetings was officially set aside, permitting committee meetings to now be scheduled with “at least 24 hours notice”. Those who have watched this movie before will remember that when legislators are only required to give 24-hours notice, that rapidly devolves into “a few hours”, resulting in huge bills being laid in front of legislators who have first laid eyes on the bills only minutes before the committee meeting at which they are to vote on the bill. (See Media Coverage on this practice)

This, too, is part of how things “get done” in Juneau. It has become a critical part of a process designed to let bad bills bypass the normal checks designed to stop them, and let legislators off the hook afterwards. In the immortal words of Nancy Pelosi, “We have to pass the bill so that you can find out what is in it.”

Another important piece of this charade is the “committee bill”. Theoretically, no new bills are allowed to be proposed after February 19th. However, there is an exception for bills that have such overwhelming support that an entire committee wants to put their support behind it. In such cases, the committee becomes the sponsor of the new bill instead of an individual legislator.

However, what this really means is that “a majority” of the committee supports the bill, and in actual practice, what it means is that only one member of the committee, the chairman, may support the bill. To pull a page from Rep. Paul Seaton’s “Committee of One” handbook, it’s just a whole lot easier for one person to write a bill by themselves. The result: other members of the committee may only find out what is in the bill at the time they are voting on it (or maybe a little while after).

The above video of this morning’s floor session begins at 16:16 with a motion to have HB333 bypass the Judiciary Committee and move straight to the House Floor. I objected. After a twenty minute pause, the house resumes again at 37:30, and the motion is recrafted in such a way that I was prohibited from speaking to my objection.

My objection was simply this:

House Bill 333 (to create local bans on using phones in vehicles) was referred to only two committees (Community & Regional Affairs, and Judiciary).

It is for this reason I requested that the bill be heard, and the public be given the opportunity to testify, in the Judiciary Committee.

We should not be removing the opportunity for public testimony on an issue that involves changing public safety policy.