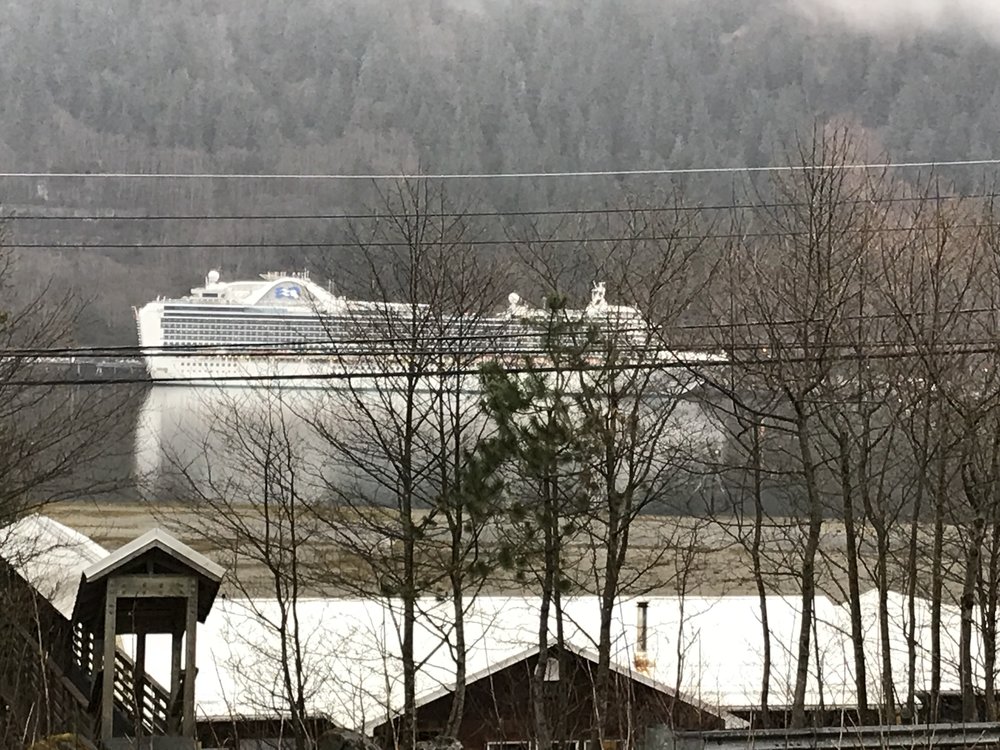 My family and I were able to see the first cruise ship to arrive in Juneau yesterday morning. With tourist season now upon us, the capital was awash in visitors yesterday. Unfortunately, very few of them were Alaskans.

Meanwhile, the SB26 Conference Committee, which was supposed to meet last Saturday, punted to Monday. But when Monday arrived, they simply cancelled the meeting outright. As of today, they have not announced another meeting.

SB26 is the bill which will redefine the calculation of the Permanent Fund Dividend, cutting the dividend permanently. In both versions of the bill, the government plans to redistribute most of the funds coming into the Permanent Fund Earnings Reserve from the dividend to instead fund the ballooning costs of an out of control state budget, which legislators decided this year is not yet large enough and needs further increases.