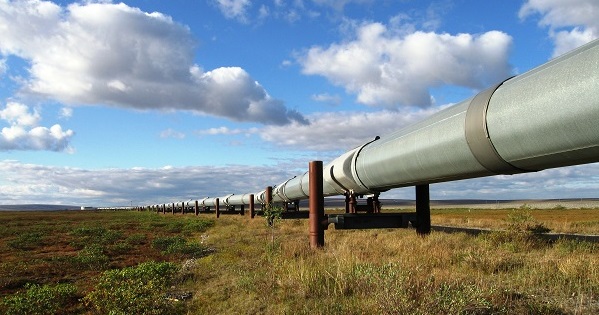 Alaskans have been asking for the chance to vote on the PFD at the ballot box almost from the moment that Walker unveiled his plan to cut the 2016 PFD in half. That was five PFD’s ago, and the legislature still has not allowed the people a “clean” vote on whether a portion of their dividend should be used for state operating expenses.

On the contrary, legislators from both parties (but especially Republican legislators since they are the more numerous in Juneau today) have conspired to stymie any opportunity the people might have to vote on the PFD at the ballot box. This has not worked out the way those legislators hoped it would. This gave Sen. Mike Dunleavy, whom many of those same Republican legislators had publicly expelled from their caucus, a direct path to the governor’s mansion.

Let’s revisit the timeline. Walker announced his plan to veto the dividend in June of 2016. By that point, the deadline for filing for office had already passed and election campaigns were in full swing, and since the legislature didn’t actually change the law (they just refused to defend the law that was already in place) there was no opportunity for the people to repeal that law through a referendum vote in the 2016 general election. Immediately following the 2016 election, then-Senator Dunleavy and I introduced legislation to go back and pay a full 2016 dividend, and encouraged our colleagues in the legislature to put the PFD question to a vote of the people. Unfortunately, we were unsuccessful on both projects. The legislature would not budge on allowing Alaskans to weigh in on the PFD at the ballot box.

The next election, in 2018, was different. In May of 2018, the legislature passed a PFD bill (SB26), which stopped short of changing the way the PFD is calculated, but did pave the way for further PFD reductions in the future. Because the legislature had been proactive in actually passing a bill, theoretically that triggered the constitutional right of the people to a referendum vote on the PFD at the ballot box. However, that was the last thing legislators wanted, so they contrived to extend the legislative session passed the statutory point of no return, which prohibited any referendum vote from taking place for at least two years. Still, voters felt strongly about the PFD, and so they channeled their angst into the only statewide vote available to them, and no small number of Alaskans voted for Mike Dunleavy as a proxy for the PFD vote which they had been repeatedly denied by the legislature.

Flash forward to the present year. Alaskans have now witnessed the lion’s share of the PFD being taken from them by the legislature for the fifth straight year in a row. They have not only been forced to watch as their PFD’s have been garnished five times, but for each of the last five years, they have also been denied a clean vote on the PFD in a statewide election.

That brings us to Ballot Measure 1. In September, the legislature was back in the headlines over its plan to incur $1 billion of state debt to pay for oil tax credits. There’s just one problem; Alaska’s Constitution guarantees the people the right to a public vote on whether or not they will incur such debts, and the legislature’s plan explicitly denied Alaskans the opportunity to reject the plan at the ballot box. It was an especially clear example of legislators sidelining the constitution for politically expediency, and the Alaska Supreme Court was completely justified in pointing that out. The people have the right to say “No”. After all, it’s the people who will be saddled with the debt, not the politicians.

At the time the bill was passed into law, some legislators justified voting for the bill by saying that they simply wouldn’t refer to the $1 billion bond package as “debt”. Last month the Alaska Supreme Court reminded legislators that, whether they choose to refer to it as “debt” or not, the people have a right to vote on it at the ballot box before it goes into effect.

Prior to the supreme court weighing in, thirty-seven legislators, more than 60% of the entire legislature, had voted to proceed without a vote of the people. And in the State House, where I currently serve, 70% of my colleagues voted against allowing the people a vote on the bond package. I’m sad to say that the majority of legislators voting for it were my fellow Republicans in the House. Only one other Mat-Su legislator joined me in voting to honor the people’s right to have their say at the ballot box.

Ballot Measure 1 is deeply flawed. It comes to us less than a week after ConocoPhillips reported an earnings loss of $16 million in Alaska this past quarter, and immediately on the heals of BP, like Shell, closing up shop and leaving Alaska indefinitely. It comes to the people not in the form of a conversation over what the appropriate level of taxation is on oil companies in 2020, but in the form of a simple yes/no question on a predetermined amount, which was decided by an exceedingly small group of people who crafted the language of the ballot measure. In short, the timing is off, and the conversation isn’t much of a conversation; certainly not a recipe for arriving at good long term tax policy for Alaska.

And yet, even with all of these flaws, I can absolutely see the appeal to some voters.

Those in Juneau took their PFD without permission and denied Alaskans their constitutional right to a vote at the ballot box.

They passed SB26 to pave the way to further reduce the PFD in the future, and then again denied the people their right to a timely vote at the ballot box.

And at the same time they were cutting Alaskans’ PFD’s, legislators approved $1 billion in bonds to pay for oil tax credits, with the majority of my colleagues voting to expressly deny the people their constitutional right to approve or reject those new debts at the ballot box.

We should not be surprised that Ballot Measure 1 is on the ballot today. The legislators who voted to put each of these policies in motion all but guaranteed that Ballot Measure 1, or something like it, would find its way onto the ballot this year. The truth is that Alaska legislators, a combination of both Democrats and Republicans, have voted repeatedly to deny the people their right to a clean vote on the PFD. As in each of the previous cases, I believe the most recent example will also prove to have been a profound mistake.

Many of those who vote for Ballot Measure 1 today will have been obliged, yet again, to settle for a proxy vote on the PFD. It’s a messy one. Many will argue strongly that even if it is good policy it comes at the wrong time. But those who oppose Ballot Measure 1 should acknowledge that it was our state legislators, many of them Republican, who chose the timing of this vote by first denying the people a clean vote on the PFD in 2016, and 2018, and again in 2020.

I voted against Ballot Measure 1 today, but I did so knowing that more than a few of my constituents will have voted for it when the ballots are counted, and that the actions taken by the legislature over the past five years directly contributed both to the measure appearing on the ballot today, and the number of votes it will receive when the votes are counted.

Regardless of the outcome, the legislature that convenes next year will have the opportunity to do better in each of these areas, and if I am a part of that legislature, I will do everything in my power to see that we do.