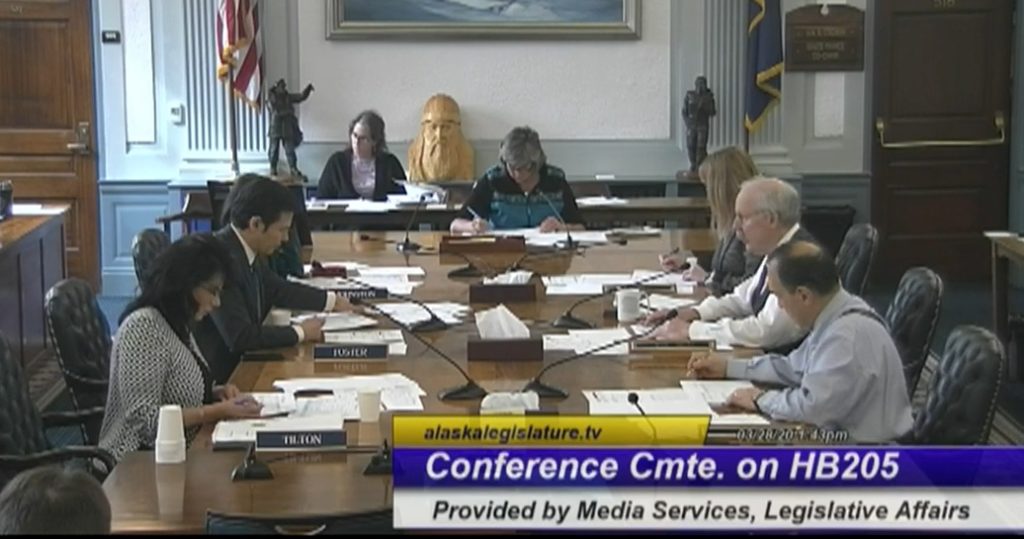 It’s a scene that plays out before each election, often with textbook precision:

The commitment spoken of was that minority legislators would vote “No” on an upcoming vote, referred to in Juneau slang as “The Reverse Sweep”. The press release explained that the only prudent course of action was to vote no on the $1.5 billion Reverse Sweep and save the money for the future, given Alaska’s current fiscal situation.

To the average Alaskan, the reverse sweep vote is just a gimmick. It’s a way for legislators to take $1.5 billion out of the state’s protected savings account every year, and divvy it out to dozens of concerns, without ever having to take an accounting of it or make the money go through the state’s normal financial vetting process.

Honestly, it makes perfect sense that in our current fiscal woes, all money we set aside for various projects should be required to go through a vetting process, especially an amount as large as $1.5 billion.

Putting an end to the accounting gimmick known as the reverse sweep is a solid, conservative, fiscally responsible position.

But Juneau has never been a fan of conservative, fiscally responsible policy. So Juneau will resist, which was expected. That resistance took shape earlier today.

2. This afternoon, on behalf of the special interests, four legislators on the Operating Budget Conference Committee (Foster, Johnston, Stedman, and Von Imhof) voted to eliminate the $1,000 Coronavirus stimulus to PFD recipients. They also voted to cut this year’s PFD to $500, withhold all money appropriated for responding to the Coronavirus Emergency, and only fund the state for 2/3 of the year, unless of course the minority recants its commitment to protecting the Constitutional Budget Reserve (CBR).

To be clear, Juneau only needs 30 votes for its reverse sweep. It will let 10 Republicans hold to the conservative position without going through on any of its threats (other than elimination of the coronavirus stimulus money to Alaskans, which it now says it won’t go back on).

The minority caucus wanted an excuse. Now it’s got one.

It’s the kind of excuse few legislators could even articulate with a straight face, but the special interests in Juneau have upheld their end of the bargain by coming up with an excuse.

The Response
How would you respond if someone came up to you and threatened to withhold the money needed to test or care for your sick relative, dying of coronavirus?

How would you respond if they threatened to cut your neighbor’s $2,850 PFD to $500 when he has been laid off work because of the coronavirus?

How would you respond if someone just took your son or daughter’s $1,000 coronavirus stimulus meant to make up for your child’s not receiving a full 2019 PFD last year?

How would you respond?

If you are like me, in a moment of profound restraint, you would tell them to go take a flying leap.

Conservatives in the legislature should tell them the same. And those who don’t may have just been hoping for an excuse (any excuse…even an insane one) to avoid taking heat from the special interests in Juneau.

This is the Juneau Swamp; looking after its own interests (and not yours), for as long as many of us can remember.