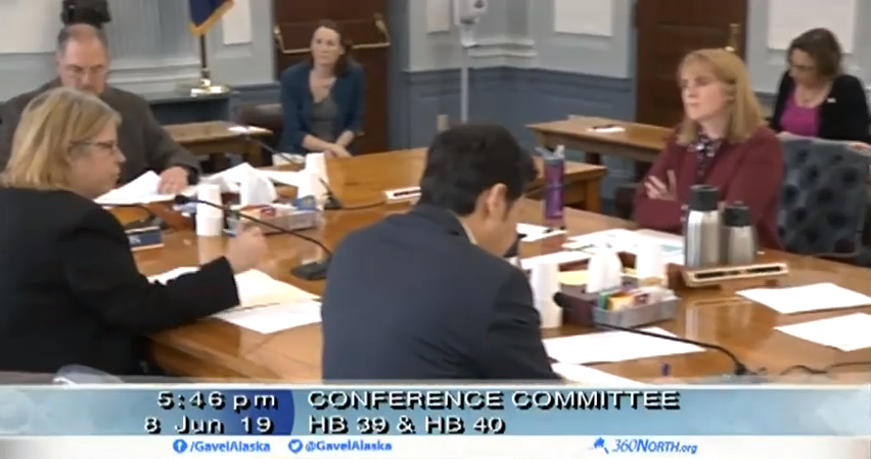 (Rep. Tammie Wilson and Rep. Neal Foster votING to ELIMINATE the PFD from the state budget)

Tonight, over objections from both Republicans and Democrats, 24 House Legislators, through their representatives, continued their attack on this year’s Permanent Fund Dividend.

In the end, they succeeded in eliminating a full PFD from this year’s state budget. The final vote was 4 to 2.

On May 1st, the Alaska Senate authorized transfer of the PFD to the people of Alaska according to the historic calculation in state law.

Tonight, the House succeeded not only in reversing that vote, but also in removing the PFD entirely from this year’s state budget.

After tonight’s vote, there will no longer be funding for the PFD in this year’s budget.

These same 24 legislators (shown below) have blocked every attempt to debate or vote on the PFD for the last 145 days of the legislative session.

Not only have they blocked each and every attempt to debate the PFD on the House Floor, they have also voted to prevent legislators from even talking about the PFD during the time for Special Orders at the close of every House floor session.

Watch the video of tonight’s vote here (less than 4 min).

Additionally, through their leadership, they have marooned all three Pro-PFD bills in committees that have no intention of even meeting until next year.

House Bill 1002, which pays a full PFD this year according to state law, they sent to the House State Affairs Committee, which does not plan to meet any time this year.

House Bill 1003, which restores to Alaskans the previously withheld dividends according to state law, they also sent to a committee which has no plans to meet this year.

House Bill 1004, which restores to Alaskans the interest earned on improperly withheld PFD’s, they also sent to a committee which has no plans to meet this year.

Not only did they remove the full dividend from this year’s budget tonight. They also voted to remove $10 Billion from the fund that pays future PFD’s, thereby limiting the amount of funds available to fund the PFD in the future.

Listed below are the 24 House Legislators whose representatives led tonight’s attack on the PFD: