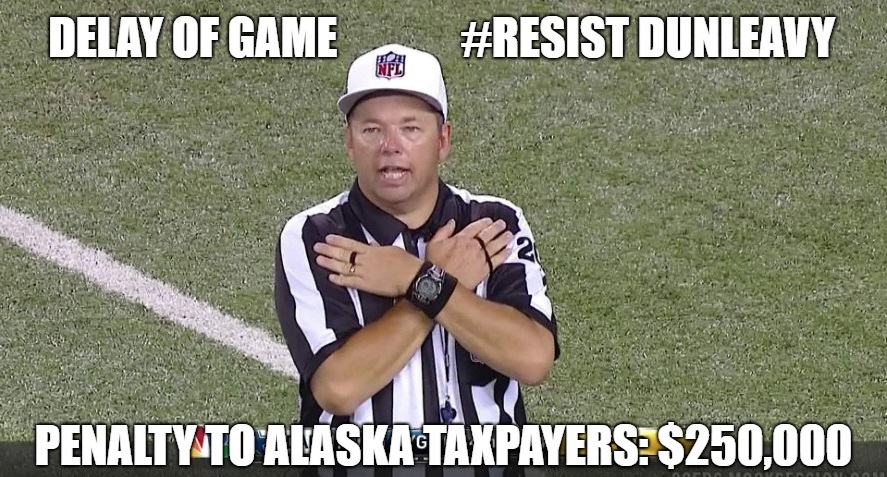 Democrats in Congress could take a lesson from their friends in the Alaska Legislature. Today marks the end of the first quarter of the 90-Day Legislative Session. Let’s recap what the legislators resisting Governor Dunleavy in the House have been able to accomplish over the last 21 days of session:

That’s quite an accomplishment. With 25% of the 90-Day session now behind us, nothing beyond swearing in legislators has taken place.

Resisting Governor Dunleavy’s agenda has taken priority over literally everything else.

It has trumped public safety.

It has trumped protecting the PFD.

It has trumped working to reduce the state budget.

So terrified are some legislators of a conservative governor like Mike Dunleavy, that they have locked arms in an attempt to delay not just his agenda items, but all other agenda items as well.

On the floor of the State House yesterday, an attempt was made to move forward on the critical first step of electing a Speaker to lead the State House. That election was blocked by Democrats with the help of House legislators Gary Knopp, Dan Ortiz, Gabrielle LeDoux, and Louise Stutes. These 20 legislators are now holding the entire State House hostage in their bid to resist the Dunleavy Administration. Worse,  they are actively trying to recruit other Republican legislators to join them.

Gone is the rhetoric of needing to be done in 90 days. They don’t plan to.

Gone is the campaign rhetoric of making public safety and SB91 a top priority. It isn’t.

In the 2018 election, voters elected 23 Republicans, 16 Democrats and 1 independent.

Republicans are one legislator shy of comprising 60% of the State House.

In any other state, that should be enough to support a popularly elected Republican governor’s agenda. But, in Alaska, there is an active effort to deny the results of the 2018 election and continue acting as though House Democrats are still in power.

Despite the efforts to overturn the results of the last election, Republicans and Democrats alike have conceded that the Speaker of the House must be a Republican.

There is only one candidate (a Republican) who has permitted his name to go forward to be voted on. Every time a vote has been taken, the Democrat candidate’s name has been withdrawn before voting could begin.

So why, if everyone concedes that the Speaker of the House will be a Republican, have 20 legislators blocked the election of a Republican Speaker from taking place?

Because by blocking the election, those opposing Dunleavy can prevent the House from conducting any business, and in so doing, block every single one of the governor’s priorities.

Before allowing the House to conduct business, these 20 legislators are demanding that enough anti-Dunleavy legislators be placed into leadership positions to thwart most or all of the governor’s priorities, and they are looking for the votes they need from Republican legislators to be able to put this plan into action.

Again, the election of a Republican Speaker of the House is a foregone conclusion, but they are preventing that election from taking place until they have so thoroughly compromised the leadership of the State House that most of the governor’s agenda items will not survive the coming session.

To illustrate the point, Rep. Gary Knopp (R-Kenai) explained today on the House Floor: “In regards to the nominee, y’know, he’s a fine gentlemen, would be a perfect Speaker, and I would support his nomination, and I expect at some point in time I will, but today won’t be that day…”

The election will be allowed to proceed, only after the ransom has been paid.

Listen to his remarks here: 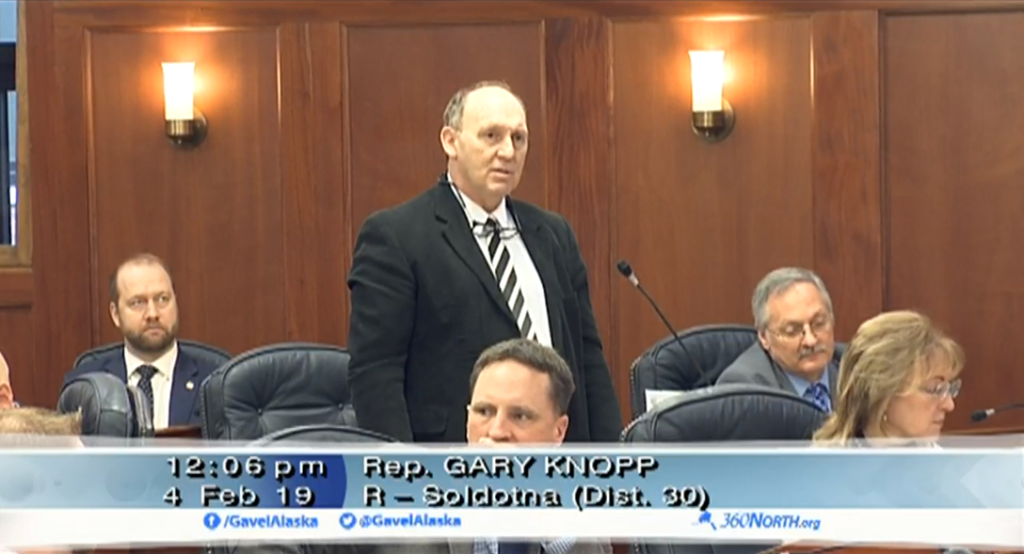