In the movie D.O.A. (1949), Edmund O’Brien’s character walks into a police station to report his own murder. He was poisoned. It was a fatal dose. There is no antidote.

In the film, the character accepts his new reality and commits the time he has left to finding out who killed him and why.

Like Edmund O’Brien’s character, we are facing an awful reality today. And, like his character, we have some time to respond to that reality before the full weight of it reaches us. But we know it’s coming.

To most Alaskans, life continues on as normal. But we’re about to see what happens when society crashes into a mathematical brick wall at a high rate of speed.

Available data confirms that the novel coronavirus is a very contagious disease. Those who have contracted the disease may not show symptoms for a number of weeks (it is estimated that more than 1% of cases will not show symptoms until after a two-week quarantine has ended). By the time they do show symptoms, they may have already passed the disease to others they came in contact with.

Also, studies have shown that coronaviruses can linger on surfaces and be infectious for up to nine days.

Bottom line—it will not be possible to stop the spread of this disease.

A good friend who worked at the CDC sent me the following chart. It sums up what I am hearing and reading about the virus as well as any chart I’ve come across. 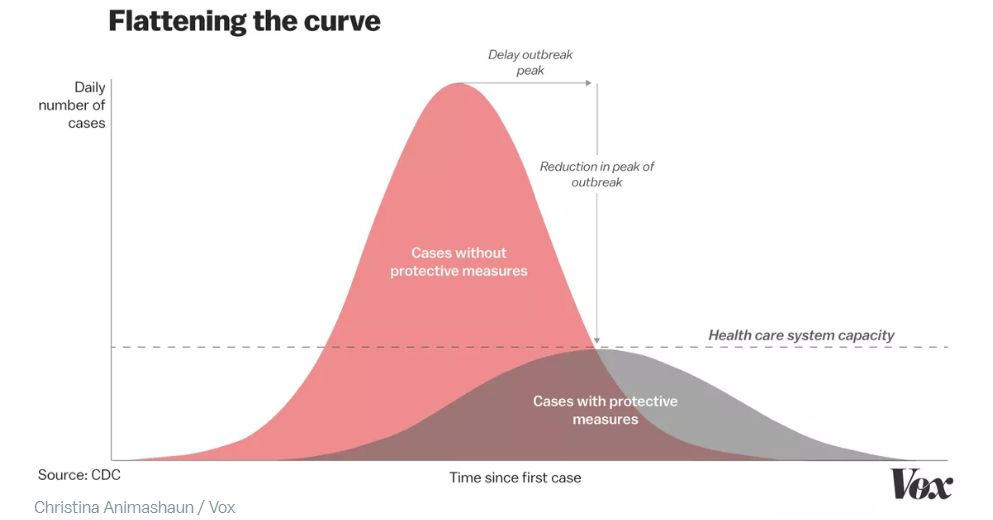 Our hospitals only have so many doctors, nurses, ventilators and hospital beds. When the full weight of the disease hits the U.S. healthcare system there won’t be enough. At this point, it is simply a math problem. We know how fast the disease is spreading in other countries, and it will spread faster than our healthcare system can accommodate.

And of course, the faster it spreads, the greater the demands that we will be making on our medical system when it peaks. What remains to be decided is how large the area above the dashed line is going to be.

Slowing down this disease truly will be a matter of life and death for some.

While we can’t point to a specific patient today, based on the number of cases reported in Seattle, it is statistically likely that the disease has already made its way to our state. Like Edmund O’Brien’s character, we should accept that reality and act quickly with the time we have. If we wait until an official case is confirmed, we will have lost precious time in reducing the stress we will be placing on our medical system when it peaks.

While those over 60 years of age are especially vulnerable, it is important to realize that younger patients with conditions such as high blood pressure are also vulnerable. In contrast, pregnant women and children exposed to the virus generally have good outcomes.

In addition to best practices for maintaining good hygiene, the following protective measures will help slow the spread of this disease, and protect our seniors and those with serious medical conditions:

Additionally, I expect the following will become socially acceptable and encouraged:

For the first time ever, I am discouraging constituents from traveling to the State Capitol Building for in-person meetings, as this requires air travel. For the remainder of the session, I will be attending the majority of my meetings by phone.

I am also encouraging my staff to telecommute for the remainder of this year’s legislative session.

This is not only for their health and the health of their families, but also for the health of other legislators and staffers who remain in the State Capitol Building.

I will also be reevaluating my appearance at public gatherings over the next few months.

Some will likely criticize my decision to share some of this information publicly. These are sensitive topics, to be sure. But I am also sensitive to the fact that the current crisis presents policymakers with numerous ways in which they can lose the public’s trust. In times like these, the risk of saying too much is closely matched with the risk of saying too little.

Some policymakers in other locales prefer to speak in generalities geared more towards driving particular actions by the public at large than providing any helpful information to the individual. That is unfortunate.

The current virus presents policymakers with the task of juggling three competing outcomes: 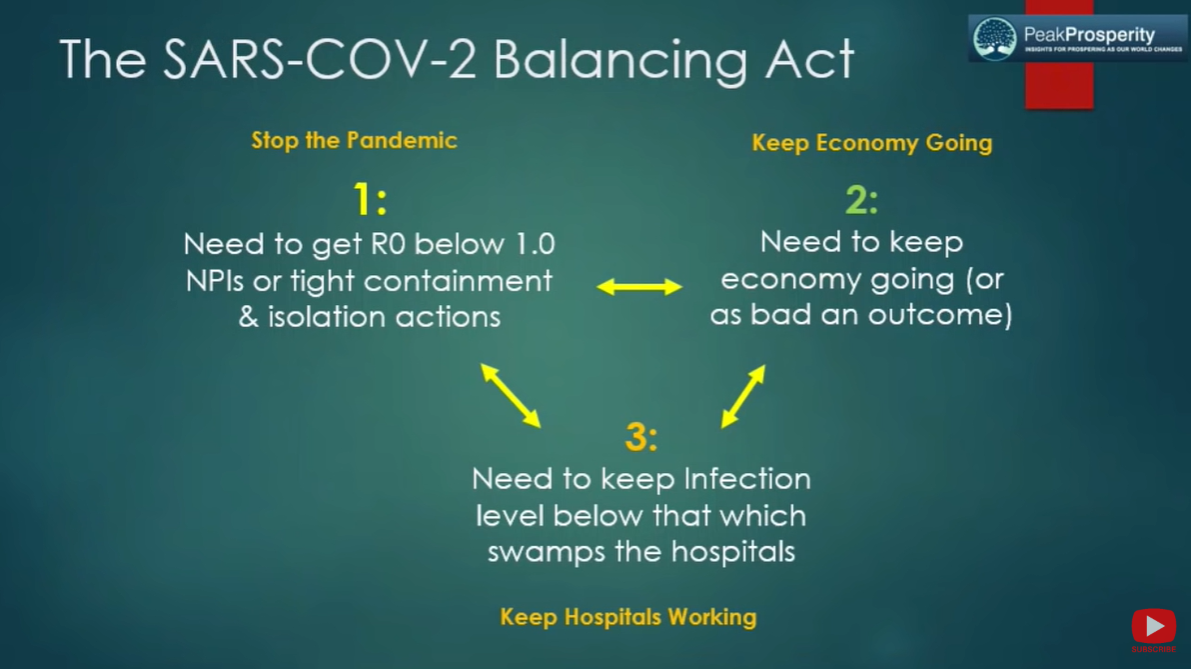 The more emphasis we place on isolation, the slower will be the spread of the virus. However, isolation also has the effect of increasing the stress to our state economy (e.g. airlines that cannot fly, cruise ships that cannot sail, restaurant closures, etc.). However, if the economy is given priority over isolation, then you quickly reach a point where hospitals are in danger of failing as the virus reaches its peak.

These are some of the considerations facing policymakers. Unfortunately, there are no easy answers today.

One thing is for certain, the state should immediately prioritize testing for all suspected cases of the virus.

If someone you know may have contracted the disease, please encourage them to contact a healthcare provider immediately and request instructions on how they can be safely tested.

The White House announced earlier today that insurance co-pays will be waived for all coronavirus testing and that treatment related to the virus will be covered by each of the nation’s major health insurance providers.

Without prompt testing and reporting of those results, it will be extremely difficult to enlist the help of the public in significantly slowing the spread of the virus. If we are not successful in slowing it down, the outcome could be truly catastrophic.