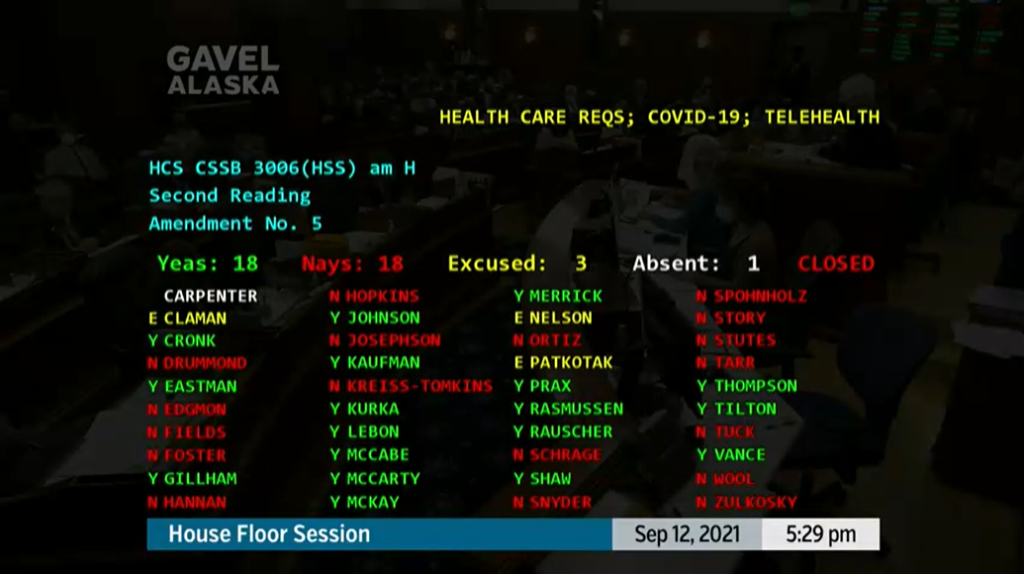 We are moving very quickly as a society. This is why it is so critically important that we take steps now to protect individual rights in law before those rights are swept away. If you have any doubts left, just look at what is left of democracy in Australia.

Earlier this evening, I put forward Amendment #5 to Senate Bill 3006: 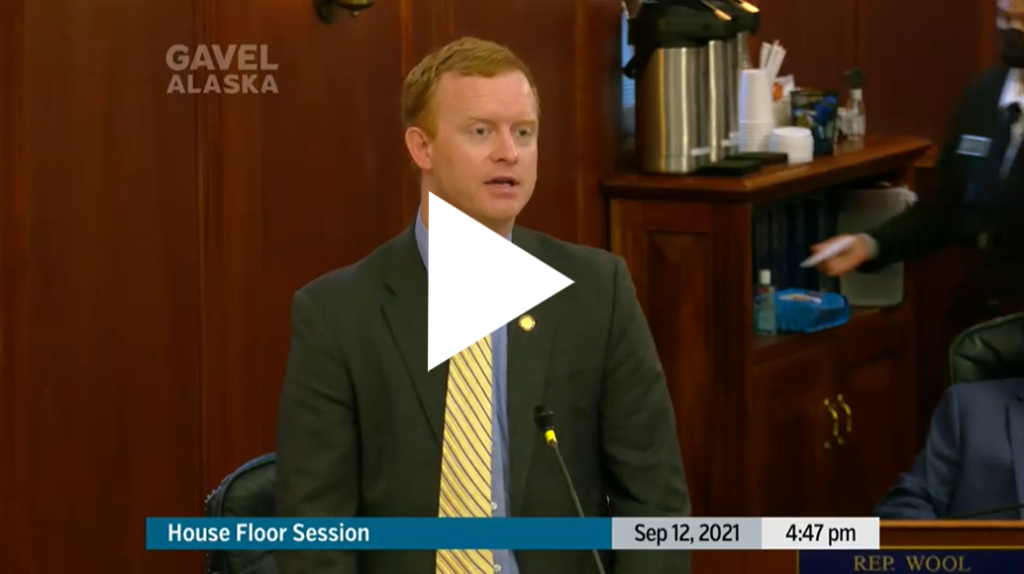 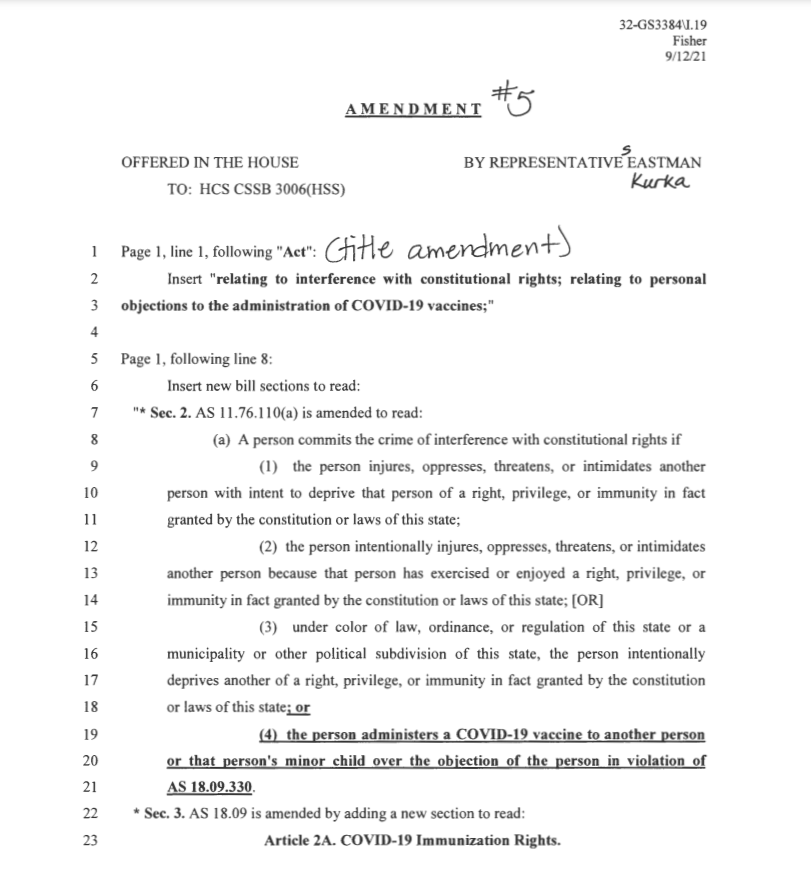 The language of Sec. 18.09.330 above received support from a majority of current Alaska legislators, and was passed into law as recently as April of this year when it was included in the governor’s disaster declaration bill, House Bill 76. Unfortunately, that section of law expired when the disaster declaration ended at the end of April.

When we attempted to reintroduce that language into state law today, Democrats balked.

The amendment failed, 18 to 18, with every single Democrat voting against it.

The fact that we were able to garner 18 votes in favor the amendment was so unsettling to Democrat leadership that they immediately moved to put an end to debate on the bill and every single one of the remaining amendments designed to protect Alaskans from unlawful vaccine mandates. Democrats voted to take the bill off the floor and to send it to the Rules Committee, where its chairman, Rep. Bryce Edgmon (D-Dillingham), will be able to more closely guard any changes made to the bill.

The bill remains on Monday morning’s floor calendar and may be up for a vote again as early as 10am.

Legislators shown in green voted to stop debate on the bill and send it to Rep. Edgmon’s committee.