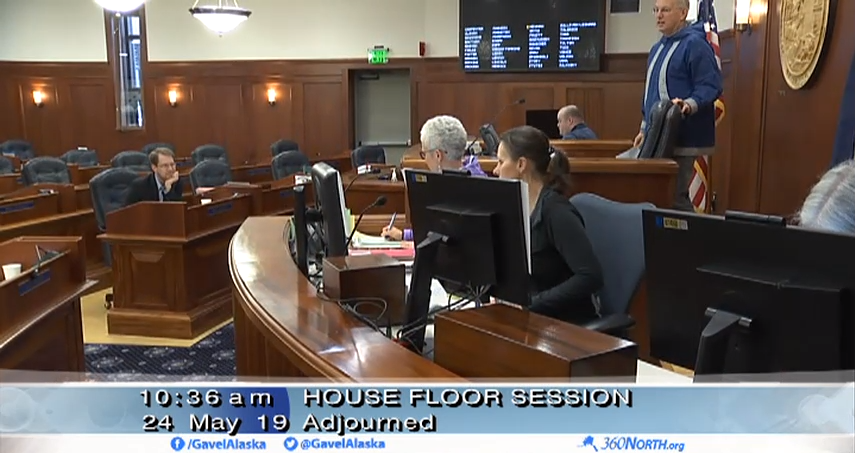 “Who ya gonna believe? Me, or your lying eyes?”

Imagine tuning in to watch the 130th Day of the legislature in Juneau this morning, only to discover that those running the show have grown so used to cheating the public process, and have such little regard for members of the public, that they don’t even pretend to go through the motions of voting anymore.

This is what Alaskans were treated to this morning. This is how far our representative government has fallen (Note: Even countries like Venezuela were so embarrassed of what their legislators were about to do that they shut down access to YouTube, Google, and Twitter during their legislative session earlier this week).

Juneau, on the other hand, has become so divorced from reality that they literally forgot this morning’s legislative session was being televised. And now it’s all on film.

This is the same group of 24 legislators that attempted an all-out assault on the PFD yesterday, and were shocked when the public showed up in droves to oppose it.

They scheduled the time for public testimony for 9am on a work day to limit participation from the public. They told fellow legislators that they already had counted the votes and would be passing the bill out, regardless of what the public had to say about it.

After hearing from nearly 200 Alaskans who called in (on a work day)—99% of whom opposed the bill—these 24 legislators are having second thoughts.

This is the same group of 24 legislators that has refused to allow a vote or even debate on the PFD for the last 130 days.

This is the same group of 24 legislators that has refused to allow a vote or floor debate on funding education for the last 130 days.

Instead of voting to fund education, these 24 legislators have declared that they don’t need to assign any money to education this year because a different legislature voted on it and that should count. There’s just one problem: The Alaska Constitution.

The Attorney General has formally declared that the constitution clearly prohibits any such plan. Instead of voting to fund education (which the governor has already publicly promised he will not veto), these 24 legislators would rather spend taxpayer money on a lawsuit to defend their failure to cast a vote.

Yes, these are the same 24 legislators who told us in March that ‘Alaskans just can’t afford a full dividend this year.’

These 24 legislators control leadership and hold substantial majorities on every single committee in the Alaska State House. They control which legislation will be passed and when it will be voted on.

After 130 Days of Session this year, they have:

This morning they added to this list by also refusing to vote on literally anything, even on when to adjourn.

During a special session, the legislature is required to meet at least once every day unless a vote is taken to meet less frequently. And well they should; special sessions are expensive propositions. There is no justification for allowing the legislature to be in session for more than 200 days, as many of these same legislators did two years ago.

Even the governor has no say over changing this requirement, as it requires a veto-proof majority of 41 state legislators in order to be changed (Note: such a change would require the support of more legislators than exist in the entire State House).

This rule has existed in Alaska since the early 80’s, as a check against the legislature being in session longer than is in the public interest.

This morning, these 24 legislators decided that there was so little work to do in Juneau that they would take a 4-Day weekend.

In the video below, you can watch as Rep. Foster (D-Nome), on behalf of the 24 legislators in his caucus, makes a motion to take a 4-Day weekend and not reconvene until Tuesday (Day 134).

Unsurprisingly, House Republicans objected unanimously to this business-as-usual approach to government midway through a special session. This follows right on the heels of a longer than 4-Day weekend taken by the House less than a week ago.

Accordingly, this objection did not catch anyone by surprise. A number of House Republicans have been voting against taking days off during special session every time one of these 24 legislators stands up to propose it.

Watch as the legislator who made the motion looks around the room and realizes that without the support of House Republicans, he’s no longer sure he has enough votes for a 4-Day Weekend.

Without the Republican support, members of his own caucus may not want the public to see them voting to take a 4-Day Weekend on Day 130, with still no state budget passed, no crime bill passed, no PFD passed, no funding for education, etc.

Watch as he huddles with the Speaker of the House to decide how they are going to find enough votes to support getting the time off.

Watch as the House Clerk prepares the voting board on the wall in preparation for the required vote.

Then watch as these two legislators, who currently run the State House, give up and decide they aren’t even going to pretend to go through the motions of voting anymore.

“Surely they won’t have anything to say about it.” (You can find contact info for the 24 legislators here) 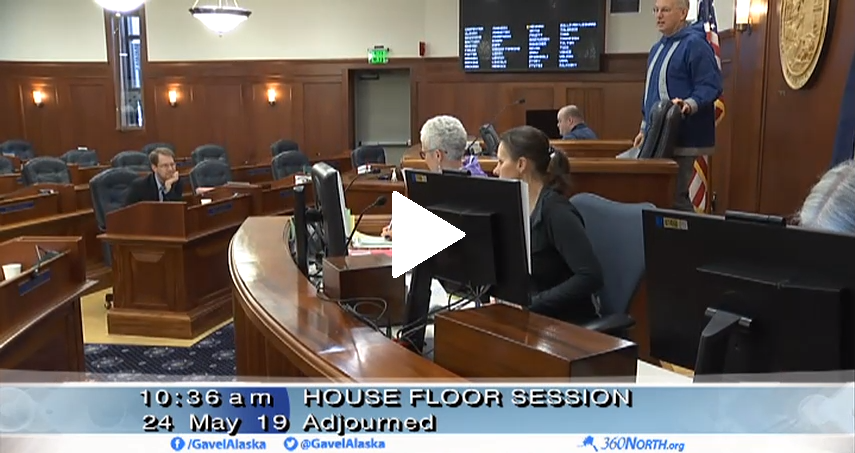